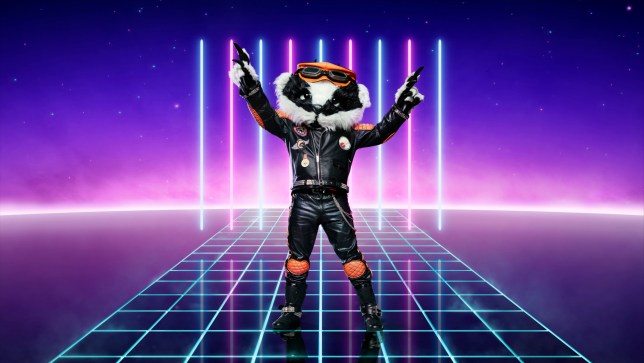 What clues has Badger given so far? (Picture: ITV/Vincent Dolman/REX)

The Masked Singer returned for its second series in the UK in early January, and tonight we are already at the semi-final.

In tonight’s semi-final, the remaining five contestants will perform for the viewers at home, and the panel, including Jonathan Ross, Davina McCall, Rita Ora, and Mo Gilligan, alongside special guest judge Matt Lucas.

With only five remaining – and a double reveal – there’s a strong possibility Badger might be one such star unmasked tonight.

We won’t keep badgering on – let’s take a look at the clues.

What clues have been given about Badger?

Viewers met Badger in the first episode, where they performed a version of Nina Simone’s classic Feeling Good.

They then went on to perform I Don’t Want to Miss a Thing by Aerosmith in week three.

Tonight, they will perform Grease by Frankie Valli.

Last time we saw Badger, they sang Because Of You by Kelly Clarkson

Viewers were also given some clues about who the person underneath the mask is. These included:

So, from these clues, what names have been thrown around?

The singer offered further clues about their identity which included:

New clues revealed before their fourth performance included them saying: ‘There’s more than one type of studio this badger’s familiar with’ and that they loved ‘to play games.’

In backstage footage, Badger was shown picking up a note saying: ‘Badger, just wanted to say thank you. Love, Barbra.’

Who could be Badger on The Masked Singer? 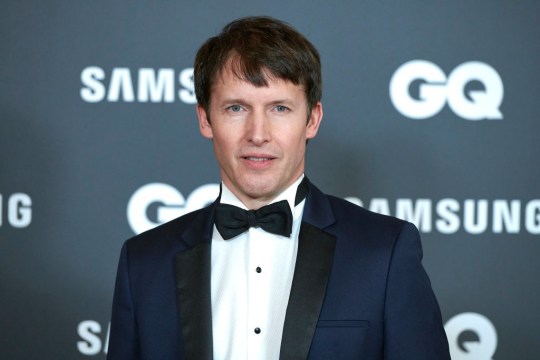 James Blunt, the man underneath the mask? (Picture: Getty)

During Badger’s last performance, Badger said: ‘There’s more than one type of studio this badger is familiar with. Just look at all my awards.’

Badger was then seen holding up three military medals.

Before becoming an international pop star, Blunt was in the Life Guards regiment of the British Army. 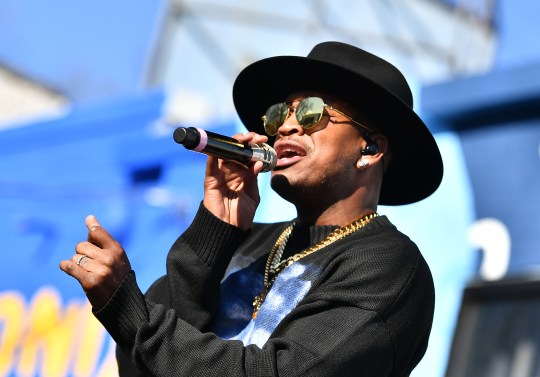 Ne-Yo is believed to be behind the Badger mask (Picture: Paras Griffin/Getty Images)

Singer and rapper Ne-Yo, best known for songs Let Me Love You and Miss Independent, is the most popular guess for Badger.

There were also clues pointing towards coding… and Ne-Yo invested in a coding school in 2017.

One viewer tweeted their theory: ‘periodic table behind the element NE was circled (for neyo) -the voice sounds just like him -he’s known for his dancing too as he performed in step up -he was in the uk when the masked singer was being filmed from his insta.’ 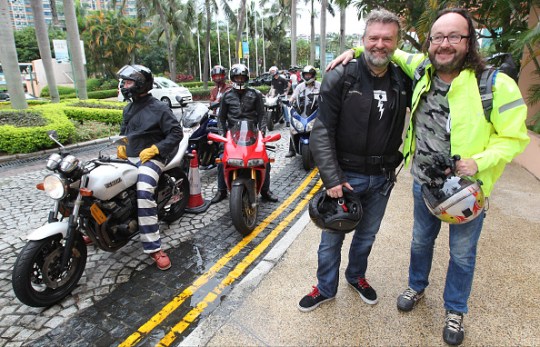 Simon King (L) and David Myers (R), are collectively known as The Hairy Bikers – without one, could the other be more anonymous? (Picture: Getty)

One half of the Hairy Bikers, Myers is pegged to be unmasked as the Badger.

One of the clues inferred a love of motorbikes, which is one of the biggest clues here. 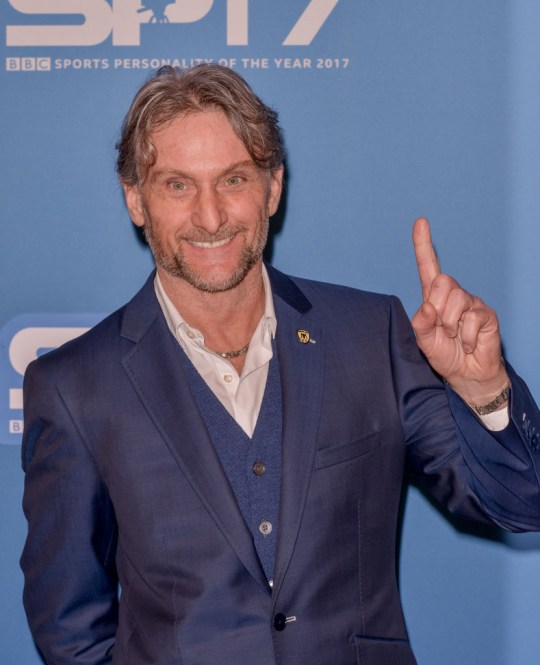 Haven’t the Foggy-est if he is the Badger?. (Picture: Richard Stonehouse/Getty Images)

Carl Fogarty is also a popular guess for Badger.

Sometimes known as Foggy, he is an English former motorcycle racer and one of the most successful World Superbike racers of all time, holding the second highest number of race wins at 59. 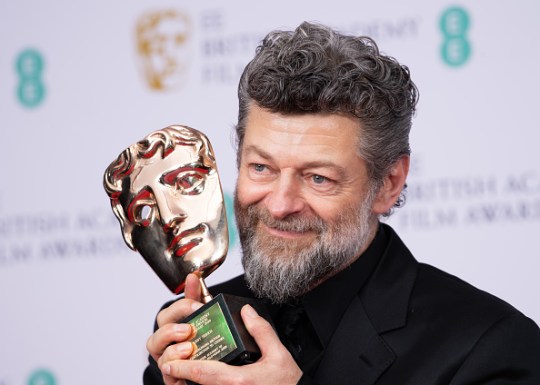 You’ll know his characters, but do you recognise the face? (Picture: Getty)

One name tossed into the mix by the judges and social media is prominent voice actor Andy Serkis, one of the highest-grossing actors of all time, with his film work in motion capture critically acclaimed.

The star, who is perhaps best known for voicing Gollum, might have a degree of anonymity as he quite obviously does not look like Gollum every day.

However, Serkis has starred in films showing his actual face before, including 2018’s Black Panther so this might be a stretch. 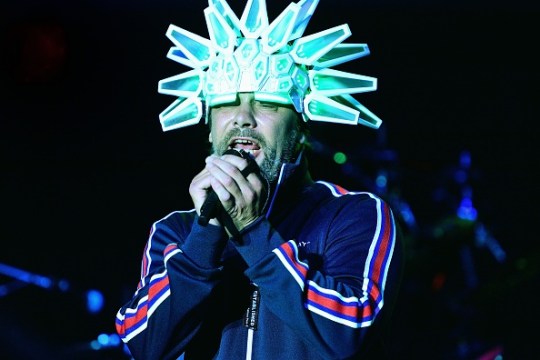 Another name thrown into the mix is Jay Kay, lead vocalist of the jazz-funk band Jamiroquai.

Known for wearing wacky ensembles, he would, in theory, have some anonymity when he wasn’t dressed in the typical Jamiroquai fare – which unfortunately resembled that of one of the US Capitol rioters this week, forcing him to deny his involvement.

Another potential clue? One of Jamiroquai’s biggest hits was called Virtual Reality – a nod to the Badger’s clue about a virtual world? 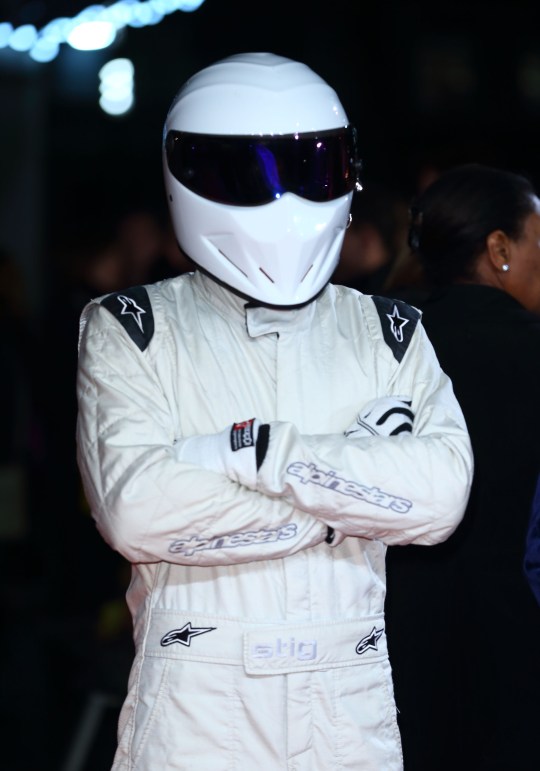 The Stig is a popular guess (Picture: Mike Marsland/WireImage)

Another suspect mentioned by many viewers is one of the most famous masked celebs in the world: Top Gear’s character The Stig.

This is because he is used to being anonymous (tick), is not easily recognised on the street (tick), and is into motorbikes (tick). 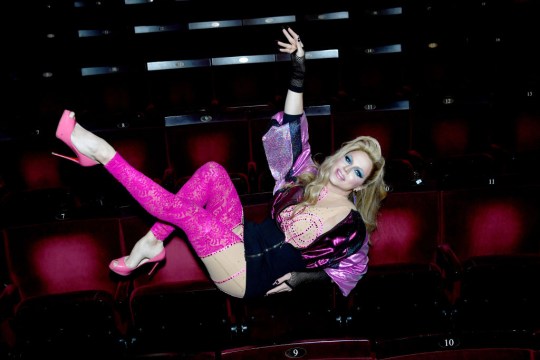 Could Courtney’s drag on-drag off persona be one of the big clues? (Picture: Getty)

RuPaul’s Drag Race alum Courtney Act is known to many, but would they be as recognisable out of drag?

Courtney Act, when not performing, goes by Shane.

Though maybe less recognisable to some, Courtney did win Celebrity Big Brother three years ago, where viewers got to see Shane quite regularly.

Other guesses for Badger include Alan Titchmarsh and Will Young.

The Masked Singer continues tonight at 7pm on ITV.