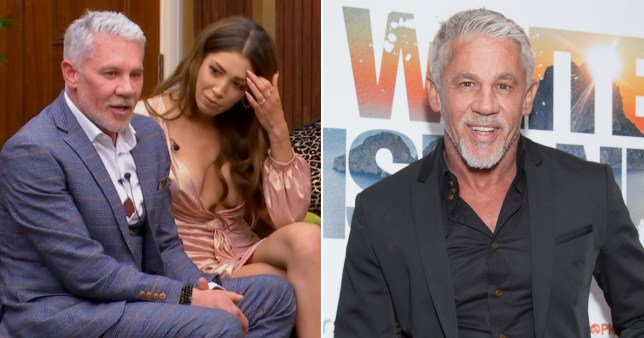 Wayne Lineker is one of the stars of Celebs Go Dating (Picture: ITV)

Wayne Lineker has made a big impact on the current series of Celebs Go Dating, as he looks for love inside the Mansion.

The entrepreneur and brother of Gary Lineker is hoping matchmakers Anna Williamson and Paul Carrick Brunson can help him meet someone special.

The 58-year-old has shocked viewers with his odd chat up lines, and even angered a few after getting dumped and pretending it was him who did the dumping.

But who has he dated before and how many kids does he have?

Who has Wayne Lineker dated?

Before his time on Celebs Go Dating, Wayne was previously in a relationship with Britain’s Next Top Model star Danielle Sandhu.

Danielle, who is 31 years Wayne’s junior, was in a four year relationship with the entrepreneur until 2018.

Speaking to The Sun about their relationship, Wayne previously said: ‘I don’t care what people think. I don’t think we look odd together. We are very suited to each other.’

Danielle is a model signed with Elite modelling agency, having competed in Britain and Ireland’s Next Top Model back in 2013.

The pair split in 2018, with Danielle announcing that he will always have a ‘place in her heart’ on Instagram.

In a post on Instagram, she wrote: ‘There’s no easy way to say this but unfortunately me and Wayne have decided to end our relationship and wanted it to come from us first… I’m so grateful for the love, time and life lessons me and Wayne shared, and the memories we have will always have a place in my heart.’

How many kids does Wayne Lineker have?

Wayne has four kids. He is father to three sons, Duane, Sean, and Freddie, and one daughter, Tia.

He works with two of his sons. His oldest son Duane co-founded Ocean Beach with him, while his middle son works in his other clubs.

Sofia Pernas Gushes Over Boyfriend Justin Hartley on His Birthday