Who has left Strictly 2022? Full list of eliminated contestants so far 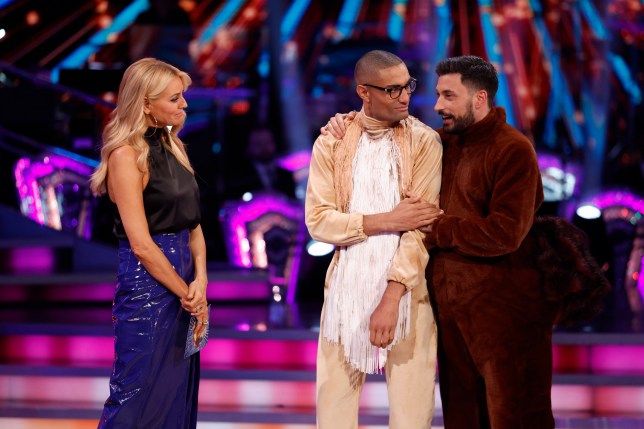 Unfortunately, someone has to be voted off (Picture: BBC/Guy Levy)

Strictly Come Dancing is plenty of fun… but sadly, someone has to go home each week.

Yep, 2022’s live shows are well underway, and as a result we’ve already waved goodbye to a few celebrity contestants, as the show hurtles towards its end-of-year finale.

Currently, radio DJ Tyler West is top of the leaderboard, scoring 38 on his latest dance with Dianne Buswell – while actor Molly Rainford and pro Carlos Gu are riding high with 34 points.

But who hasn’t been scoring top, and ultimately found themselves going home due to the public vote?

Here’s who’s been eliminated so far.

All of the celebrities were given week one to perform, without the threat of elimination looming.

Alas, on week two, Kaye Adams of Loose Women fame became the first star to depart the dancefloor, following a performance of the Charleston with pro partner Kai Widdrington.

The dance scored only 22 points out of 40, and Kaye lost out in the dance-off to Matt Goss.

Of her exit, Kaye said the journey was shorted than she’d hoped for – but a still a journey nonetheless.

She added: ‘While right now I’m kicking myself for not having performed as well as I could have, at the same time I do feel proud for having jumped in with two left feet into something a couple of years ago I would have run the other mile from.’

His week three performance saw him and pro partner Giovanni Pernice add a touch of fun to their Movie Week Samba to The Lion King track Hakuna Matata – by dressing up as Timon and Pumbaa.

The pair scored 27 points for their efforts, placing them in the middle of the leaderboard – but unluckily ended up in a dance-off with Sax hitmaker Fleur East.

In the end, only Shirley Ballas opted to save Richie – though gutted fellow judge Motsi Mabuse admitted she thought neither celebrity deserved to be in the bottom two.

As he was voted off, Richie told host Tess Daly: ‘Do you know what as a Strictly fan I always thought it was a magical thing to be a part of, and being here it really is and it’s not just the people that you see on camera, the judges, and you and Claud and the amazing people that I’ve got to meet on this show…

‘I also want to thank this guy [Giovanni] as well, he’s been so amazing, and I feel so lucky that I’ve got to dance with you every day.’

Strictly Come Dancing continues on Saturdays at 6.30pm and Sundays at 7.15pm on BBC One.