Where was House Of The Dragon filmed?

HBO’s House Of The Dragon, which premiered in August, was filmed in multiple locations across the UK and Europe, including some places familiar from Game Of Thrones.

The prequel spin-off series is set around 200 years before the events in the groundbreaking HBO hit show and shows the beginning of the end for House Targaryen.

While most of House Of The Dragon was filmed within the confines of Leavesden Studio in Watford, some scenes took the cast and crew to further afield locations. Some of those were previously used in Game Of Thrones, including the castle on the island of St. Michael’s Mount in Mount’s Bay, Cornwall. GoT fans will recognise it from the Battle of the Blackwater, while it appeared in House Of The Dragon as Driftmark, the home of House Velaryon in Blackwater Bay.

The streets of Cáceres in western Spain’s Extremadura region will also be familiar, thanks to them being used to represent King’s Landing in season seven of GoT. House Of The Dragon utilised the Spanish city to portray the same fictional area again, as well as Oldtown. 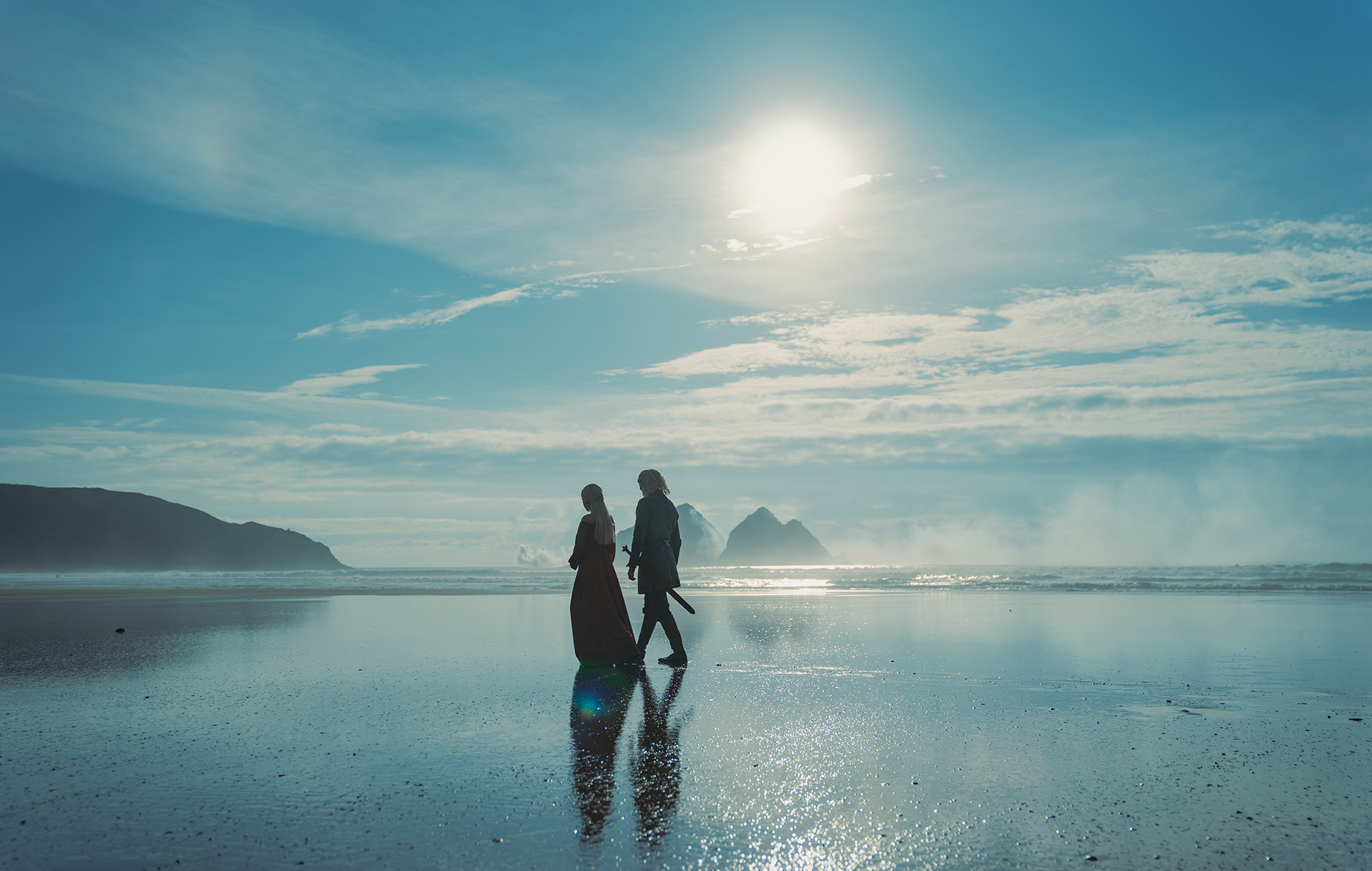 Rhaenyra and Laenor on the beach. CREDIT: HBO/Sky

New locations introduced in House Of The Dragon were also plentiful, including numerous beaches in the UK. They included the Hill at the Hartland Quay in Devon and Holywell Bay and St. Cuthbert’s Cave in Cornwall. Another beach location, Cornwall’s Kynance Cove, appeared in the series as a Velaryon Camp and was the setting for the War of the Stepstones.

Elsewhere in England, Matt Smith was spotted filming in the Derbyshire village of Castleton, including its valley Cave Dale, the Eldon Hill Quarry and the more built-up Market Place. In House Of The Dragon, Castleton is used to depict the Vale of Arryn.

Back on the continent, Cáceres wasn’t the only place show runners decamped to while filming. Monsanto, a remote and historic hill town in central Portugal, became Dragonstone, the ancestral home of House Targaryen. Meanwhile, the Castillo de La Calahorra, a medieval castle at the foot of the Sierra Nevada mountains, is used to portray scenes in Pentos, a city adjacent to the seas of Westeros.

When it premiered in August, House Of The Dragon broke HBO’s record for the network’s biggest premiere, drawing in over 10million viewers in the US. In the UK, meanwhile, the show attracted more than 4million viewers on Sky, beating the launch of Game Of Thrones in 2011.

House Of Dragon’s first season concluded last week (October 23) and fans are already calling for new cast additions for its second run. In particular, viewers are calling for Henry Cavill to be considered as a potential candidate to play Aegon I Targaryen, known as Aegon the Conqueror.

Aegon was the first king of the Targaryen dynasty, who unified six of the seven kingdoms of Westeros under his rule. The character is shown in House Of The Dragon as one of the four statues in the Great Hall of the Red Keep.

“A beautiful tribute to Chadwick Boseman”