Where do game shows get their prize money from?

Game shows can pay dividends for their contestants (Picture: ITV)

If you’re successful on a game show, chances are you’re going to walk away with a prize or two at the end of it – but in many cases, the opportunity to bag a trophy, a new car or a luxury holiday can be trumped by the chance to take home a pot of money.

The amount up for grabs on game shows has grown in recent years, with the likes of Who Wants To Be A Millionaire promising to reward the best contestants with the magic sum of money – while participants on shows such as The Chase have also gone home considerably richer in recent months.

All of that cash has to come from somewhere though – so just where do game shows get their money to pay out to those lucky winners?

Where do game shows get their prize money from?

For the most part, the prize money on game shows will come as a result of advertising during the breaks in the programme.

Game shows are a relatively cheap form of TV to produce – meaning that as well as paying for the programme itself, producers are also able to set aside some of the revenue from advertising to serve as prize money.

This can also work in a show’s favour if actual prizes are being given away, rather than cash.

Advertisers can place products they want to promote into game shows as ‘prize winnings’ or as ‘prize money sponsors’ – allowing them to show off their product to potential customers.

They can then give the money they would have spent advertising the product to the production company – who can use it as prize money.

Similarly, manufacturers of products can work alongside game show producers by sponsoring the prize, in exchange for a credit – and paying some cash to the production, which can be used to pay out to the winners of the show. 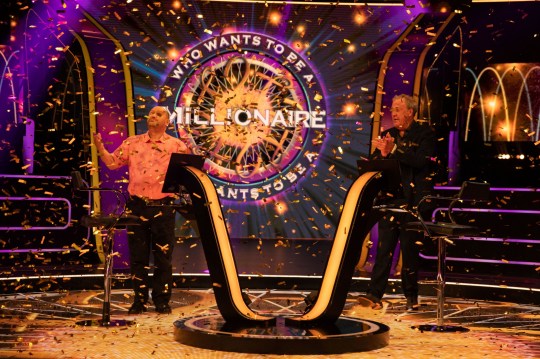 Who Wants To Be A Millionaire offers one of the biggest cash prizes on TV (Picture: ITV)

These guidelines apply largely to commercial TV of course – it’s a different story at the BBC, where the cash prizes for quiz shows are comparatively lower, and might typically come from the budget of the show.

Although there is no limit on the amount which can be won on any given show, BBC guidelines have previously advised: ‘Cash prizes should be avoided… It is inappropriate to spend licence fee money on prizes of excessive value’.

This might explain why on certain popular quiz shows – for example Only Connect and University Challenge – the winning team gets little more than a trophy for their troubles.