WWE has finally announced its highly anticipated UK stadium show with all the action coming to Cardiff later in 2022.

The wrestling juggernaut – which features big stars like Bianca Belair, Roman Reigns, Drew McIntyre, Becky Lynch and Sasha Banks – has responded at long last after British fans clamoured for a large scale PPV for the first time since SummerSlam three decades ago.

The larger than life wrestlers of Raw and SmackDown will descend on Wales for what is set to be a massive show, with fans and locals alike already exciting for the extravaganza.

John Porco – WWE Senior Vice President, Live Events – said in a statement: ‘Principality Stadium is the perfect place for a major event, hosting our amazing fans from Wales, throughout all of Europe, and around the world.’

Vaughan Gething – Welsh Government Minister for Economy – added: ‘Wales will provide an iconic location for WWE’s return to the UK after 30 years and showcase our country to a global audience of millions, including extended reach in the USA.’

When is WWE coming to Cardiff’s Principality Stadium? 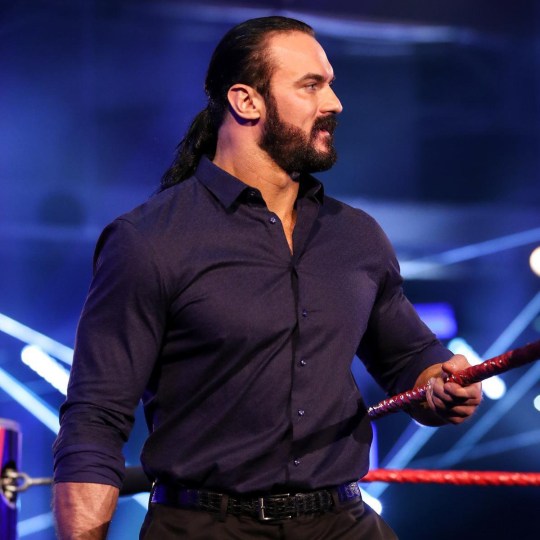 Drew McIntyre has been waiting for this moment (Picture: WWE)

WWE has announced the special event is coming to the 74,500-seater Principality Stadium in Cardiff, Wales on September 3.

‘Principality Stadium is unique in its position at the heart of the city centre, which will undoubtably offer WWE fans an unrivalled event experience both inside and outside of the stadium and bring great benefit to the wider city of Cardiff.’

When was WWE last in the UK?

Although WWE returns regularly for tours – the stars will be performing in London and Newcastle later this month – this will be the first stadium-sized, premium live event since SummerSlam in 1992.

The legendary show took place at London’s Wembley Stadium, with Bret ‘The Hitman’ Hart and the British Bulldog clashing over the Intercontinental Championship in the main event.

Discussing the Cardiff show, John Porco added: ‘The weekend will be filled with a variety of WWE experiences that we believe will leave a lasting memory, on par with SummerSlam at Wembley Stadium in 1992.’

How to get tickets

Full details including the event name, ticket on-sale dates and more is will come ‘soon’.