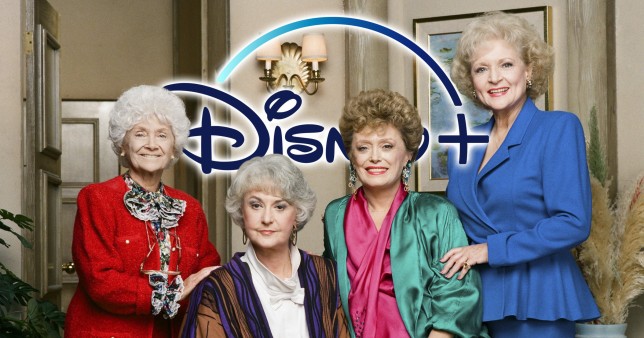 Caption: Every single episode of Golden Girls is coming to Disney Plus
Credit: Getty

There’s no doubt about it – Golden Girls is one of the most beloved sitcoms of all time, and to this day is still held in a lot of peoples’ hearts thanks to the four besties that fronted it.

Thankfully, UK viewers will now be able to curl up on the sofa and watch them all as they arrive on Disney Plus: Star soon.

But how long do we have until theme song Thank You For Being A Friend is stuck in our brain forever?

What is The Golden Girls about?

Golden Girls is based around four friends – three widows and one divorcée – as they navigate the struggles of older age and single life in Miami, Florida.

All moving into the home of Blanche (Rue McClanahan), the women – completed by Rose (Betty White), Dorothy (Bea Arthur) and Dorothy’s mum Sophia (Estelle Getty) – are soon squabbling but also need each other in their lives. 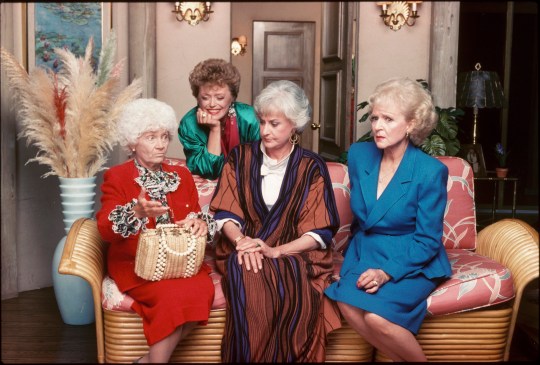 The adventures of the four besties are all dropping soon (Picture: Getty)

Over the course of the show, the main theme is the importance of friendship during the tougher times in life.

The show ran until Bea decided to leave the series in 1992. The final episode saw Dorothy married Blanche’s rich uncle Lucas and move to Atlanta, Georgia.

27.2million viewers tuned into say goodbye to the women, making it one of the most watched series finales ever in the US.

Who is in the cast of The Golden Girls?

The four main cast members are:

A comedian who worked in the Marine Corps before becoming an actress. Appearing in the theatre before making her way to TV, she was also seen in 70s sitcom All In The Family. Bea died in 2009 at the age of 86. 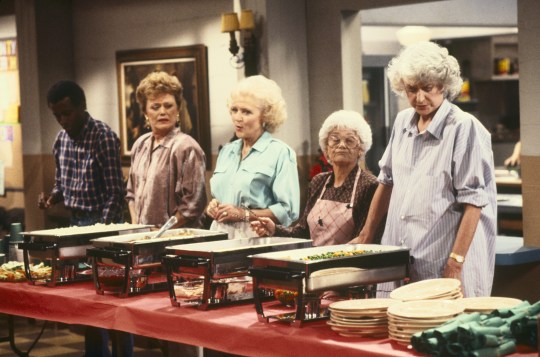 The hilarious series will be dropping on Disney Plus star soon (Picture: Getty)

A comedian and actress who previously appeared in The Mary Tyler Moore Show. Since Golden Girls, she had a career revival thanks to comedies including The Proposal with Ryan Reynolds and Sandra Bullock, and sitcom Hot In Cleveland.

Betty celebrated her 99th birthday in January. When asked the secret to life in an interview, she said: ‘Vodka and hot dogs, preferably in that order.’

After Golden Girls, Estelle appeared in critically acclaimed films including Mask and Stuart Little, before retiring in 2001. Estelle died in 2008 at the age of 84.

Rue was best known for her comedy roles in sitcoms, and before Golden Girls, starred as Vivian in 70s series Maude, and Aunt Fran Crowley in 80s show Mama’s Family.

After the series, she revisited the character in spin-off The Golden Palace, and made a string of TV movies. In 2008, she won the TV Land pop culture award. She died in 2010 at the age of 76.

When did The Golden Girls originally air on TV?

Golden Girls ran on NBC in the US from 1985 through to 1992 over the course of seven seasons.

During that time, 180 episodes in total were filmed.

The show became an instant favourite, and won Golden Globes three years in a row (‘86, ‘87 and ‘88) for best television series – comedy or musical.

All four women won Primetime Emmy Awards over the course of the show’s run for outstanding actress in a comedy series.

When is The Golden Girls coming to Disney Plus?

Unfortunately, while Star dropped on February 23 in the UK, it has yet to be confirmed when Golden Girls will be added to the slate.

Disney Plus have assured fans that its on its way though, and will be part of its upcoming shows that will drop over the year.

Star on Disney Plus plan to add over 75 TV series and 280 movies across 2021 – more than double the current available content in the UK.

Yes – Star is included as part of the Disney Plus package, but the price has now gone up slightly to facilitate the new service.

Disney Plus is now available for £7.99 a month, or £79.90 for the year on a subscription basis that can be cancelled at anytime.