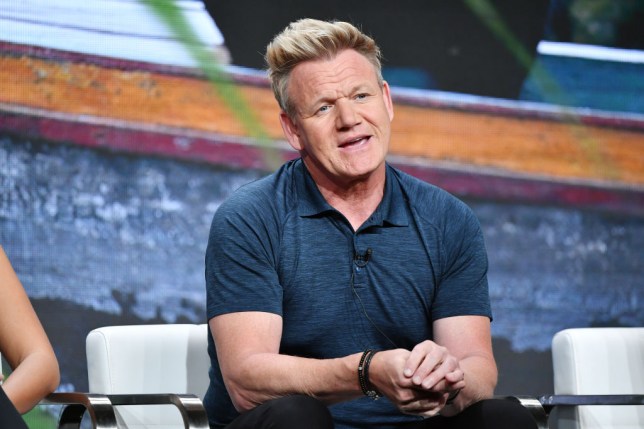 Gordon Ramsay has shared the first look at his new role as host of game show Bank Balance.

The sweary chef ‘promised’ to reign in the bad language in a jokey trailer for the BBC series which he shared on Wednesday night.

Of course it’s unlikely to be a promise Gordon can keep, as the brief clip shows him turning the air blue.

The Hell’s Kitchen star says: ‘I’m about to be let loose on my own brand new game show for three nail-biting weeks.

One moment shows Gordon delivering the putdown to one contestant: ‘By the time you’ve picked the category I’m gonna be older than Mary Berry.’ Ouch.

It’s a change of direction for the father-of-five but it will be a treat to see whether he manages to keep his frustrations in check.

Sound good? Here’s where and when to watch.

According to the BBC, contestants will be asked to test their ‘poise, precision, knowledge and nerve’ to build up a pot of cash – or ‘see it come crashing down in an instant.’

An exact start date is unknown, but the chef revealed on social media that the first episode will air ‘in two weeks at 9pm on BBC One and BBC iPlayer’.

That post-watershed time should tell you that Gordon will be going full Gordon on this programme.

In a statement the TV star added: ‘This is going to be truly epic. It is such an intense game with so much jeopardy to win big and lose even bigger, where the difference between failure and success is always in the balance.

‘I’m so happy to be working with the fantastic team at the BBC and cannot wait to get in the studio and start stacking those gold bars!’

Goldfish has emergency surgery to fix his broken jaw — with paperclips