A number of television shows are centred around drug deals, but just how accurate are they when it comes to shining a light on the criminal underworld? Turns out, not very.

Across television shows like Gangs Of London have relished in the blood and violence of gang crime, while others like Line Of Duty has given their own spin on drug dealing.

Convicted cocaine trafficker Stephen Mee explained to Metro.co.uk how drug dealers are ‘misrepresented’ in the media.

‘They try to glamorise it a bit too much, there’s nothing glamorous about it really,’ he told us. ‘It’s always knowing that the next morning you could be woken up by the police, that’s not a good part of any life. That’s always in the back of your mind.’

Stephen is one of the contributors in Liverpool Narcos, a brand new documentary that delves deep into Liverpool’s drug trade throughout the 80s and 90s and charts the rise of heroin, ecstasy and cocaine in the city.

He pointed out that drug dealers are time and time again presented in television shows to be part of a gang, when in real life people tend to be lone wolves.

‘I never had a gang behind me,’ he said. ‘I think we’re all like that though, criminals. They always try to make out it’s a big gang, but it’s just a big group of individuals. It’s led by small groups and people will work with them. 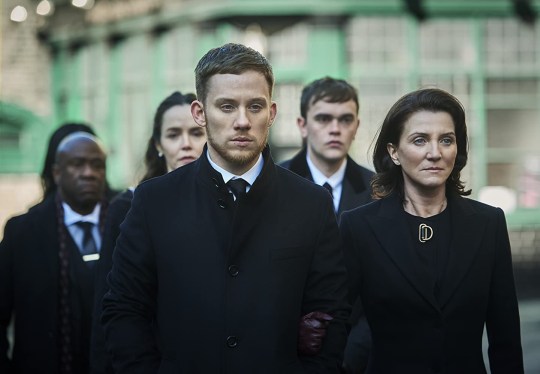 ‘The small group gets a share and anybody involved gets smaller shares and it seems to go down like that. Technically they’re not all working together. It’s not all the same.’

John Burton, a former boss of an organised crime group also said that the portrayal of drug dealers on-screen in shows like Gangs Of London, aren’t realistic.

‘I think it’s a good show but it’s not real life or what happens on the streets,’ he said. ‘It was updated, and I think that’s for people who were right at the top or right at the bottom.’

Liverpool Narcos makes use of dramatised scenes which are sandwiched in-between real-life accounts. The former criminals also watch the actors portray their anecdotes and comment on their realism.

Stephen shared what his life was like as a cocaine smuggler (Picture: Sky)

‘I think what we’ve got with this is we’ve got lived experience,’ John added.

So what was life as a cocaine smuggler really like?

‘It was very taxing, mentally,’ Stephen recalled. ‘You’re always thinking about everything about it: The damage you’re doing.

‘The further up you go up in the criminal world the less you see that because you don’t see the thing because you’re just selling a hundred kilos of things, so it’s just one person you’re seeing, you’re not seeing the end results of it going down the chain. You get caught up in it.’

At the height of his criminal career, Stephen was making deals with the Cali cartel.

‘I knew it was dangerous what I was doing, but if you were straight with them, nothing should happen to you,’ he said. ‘But they were also very volatile and things change very quickly in those places.

Speaking of how he forged a career of criminality, John shared that he started off in the cannabis and acid trade, running errands for older boys on his estate in Liverpool.

John Burton served several sentences but has since turned his life around (Picture: Sky)

‘People knew me as a kid and knew that I was good so that’s how I grew through the ranks. Basically, you’ve got trust, you’ve got people behind you, you know how to sell what you’ve got to sell,’ he said. ‘You pay your dues and people will always work with you like that.’

‘I knew I was going to jail, it was just a case of when, where and how,’ he said, adding that being sent down the first time gave him opportunity to mix with other like-minded people.

‘You put people in jail and you’re mixing people together so you’re getting more links, more people and people know what you’re in for and I was in for a big case at the time, which was the cigarettes.

‘When I came out, I had a lot of money and night clubs taken off me and I was angry about it and when I came out I came back into selling drugs because I had the mentality of, “I don’t have any skills to do a job. The only job I know how.”’

In 2012, John was sentenced to nine and a half years in prison for cocaine, cannabis, and amphetamine supply in a conspiracy that supplies the West Midlands and Wales.

Over the past year, Inside Connections has delivered 792 qualifications and have helped 217 people into training and employment.

Stephen was handed a 30-year sentence for importing cocaine. He was released after serving almost 17 years behind bars.

During his time inside, Stephen studied fine arts at OCA Bucks University and now he lives his life as an artist.

These £8.50 anti-chaffing shorts are perfect for the hot weather this weekend

Can you get a refund for your Portugal holiday now it’s on the amber list? We explain