What time is Prince Philip memorial service on TV and how can I watch?

THE first anniversary of Prince Philip’s death is being marked TODAY (March 29, 2022) with a memorial service to celebrate his life and legacy.

The service is being streamed on TV so everyone can pay their respect.

What time is Prince Philip memorial service on TV?

Westminster Abbey was the backdrop to where the Queen and Philip’s wedding took place in 1947, as well as the Queen’s coronation in 1953.

The announcement of the Thanksgiving service was made in 2021.

A statement from Buckingham Palace at the time read: “The Queen has agreed that a Service of Thanksgiving for the life of His Royal Highness The Prince Philip, Duke of Edinburgh will take place in the spring of 2022 at Westminster Abbey.” 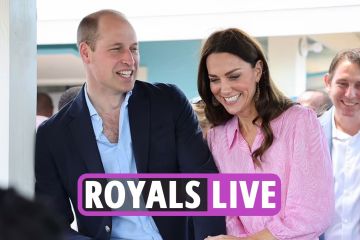 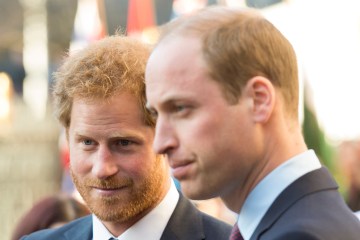 How can I watch the Prince Philip memorial service?

The memorial will be broadcasted live on BBC One.

The broadcast can be watched on TV, or via BBC iPlayer for people who want to view it live on their mobile devices or laptops.

Fear not if you miss the live broadcast as you will be able to catch up on BBC iPlayer shortly after it has been aired.

What will happen in the Prince Philip memorial service?

A Buckingham Palace spokesperson said: “The service will give thanks for The Duke of Edinburgh’s dedication to family, nation and Commonwealth and recognise the importance of his legacy in creating opportunities for young people, promoting environmental stewardship and conservation, and supporting the armed forces.

“The service will in particular pay tribute to The Duke of Edinburgh’s contribution to public life and steadfast support for the over 700 charitable organisations with which His Royal Highness was associated throughout his life.”

Despite the Queens reduced public appearances in the last few months, she is determined to attend the service, although a final decision will not be made till tomorrow morning (March 29).

However, several members of the Royal Family will be in attendance for the event, which includes the late Duke’s children, Prince Charles, Princess Anne, Prince Andrew and Prince Edward, are all expect to attend the memorial service.

Members of the royal families across Europe are expected to be attending, and the Duke’s extended family and friends have been invited.

Other guests will include representatives from the UK Government, the Armed Forces and the devolved administrations, representatives of overseas territories and realm High Commissioners.