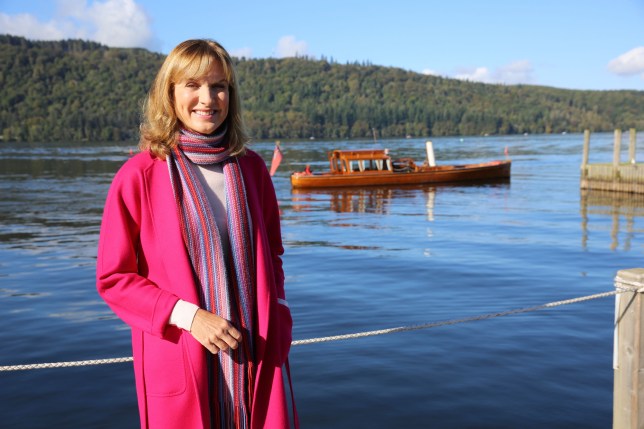 Fiona Bruce and the team evaluated the item in 2008 (Picture: BBC)

It’s been a fixture on British TV since 1979, and the Antiques Roadshow has played host to some wonderful, unique and incredibly valuable items in that time.

There are gems to be discovered on every episode, with guests bringing their heirlooms for the experts to inspect, but there have been some objects which have blown viewers away over the years.

A number of items which have been valued at six figures on the UK version of the show, but there’s only been one instance when the valuation has hit the seven figure mark.

It came during a 2008 episode in Gateshead, when Fiona Bruce and the team were presented with a maquette of the Angel of the North by sculptor Antony Gormley.

Art expert Philip Mould described the Angel of the North as ‘probably the most successful contemporary sculpture in Britain’ while discussing the item, which was the final version Antony made before the sculpture was commissioned.

The six-foot-tall piece required five people to carry it to the location, having been in council offices for 13 years.

Experts said they would ‘comfortably’ value the piece at £1million, which is more than Gateshead council paid for the original sculpture in 1998.

Art expert Philip said at the time: ‘It’s a great thrill to me that something produced in the last 15 years has broken the record for the most valuable item to ever have been on the show.’

Other valuable items unearthed on the show include a painting by street artist Banksy which sold for £403,000 in 2014.

A collector also brought in a painting by Van Dyck which had been bought for £400 from an antique shop in 1992. It was authenticated by the show’s experts and valued at £400,000.

Antiques Roadshow continues tonight at 7pm on BBC One.

What is Palm Sunday and why is it celebrated?