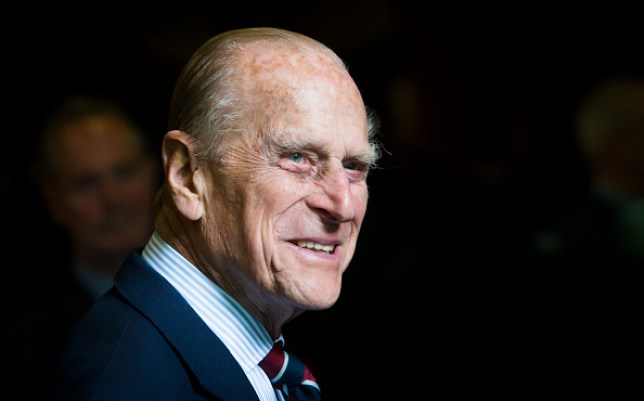 Prince Philip will be laid to rest today, a week after his death aged 99.

The Duke of Edinburgh’s funeral is being held at St George’s Chapel at Windsor Castle at 3pm, with his coffin being moved at 11am from the Queen’s private chapel to the castle’s inner hall by members of the Queen’s Company, 1st Battalion Grenadier Guards.

Some 700 members of the armed forces will gather in the grounds of Windsor Castle to oversee the most important royal funeral since the Queen Mother’s death in 2002.

The world will be watching a scaled-down version of the event due to the coronavirus pandemic, which only allows 30 guests to attend.

The Queen, Prince Charles and the Duchess of Cornwall, Princess Anne and Vice Admiral Sir Timothy Laurence, Prince Edward and Sophie, Countess of Wessex, Prince Andrew, the Duke and Duchess of Cambridge and Prince Harry will be in attendance, as well as Peter Phillips, Zara and Mike Tindall, Princess Beatrice and Edoadro Mapelli Mozzi, and Princess Eugenie and Jack Brooskbank.

The public has been asked to stay away from the funeral, but will be able to watch on television. 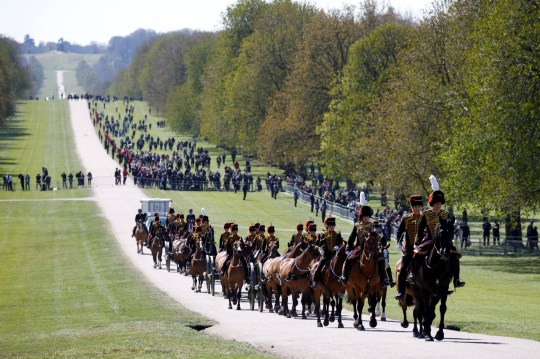 The public has been asked not to attend (Picture: REUTERS)

BBC One and ITV will be airing Prince Philip’s funeral today.

ITV is beginning its coverage of the funeral at 1.15pm, and will air until Tipping Point is shown at 4.30pm.

Elsewhere, Sky One will show the funeral, with coverage airing from 2.40pm until 4pm, while news channels BBC News and Sky News will also be dedicating time to the funeral.