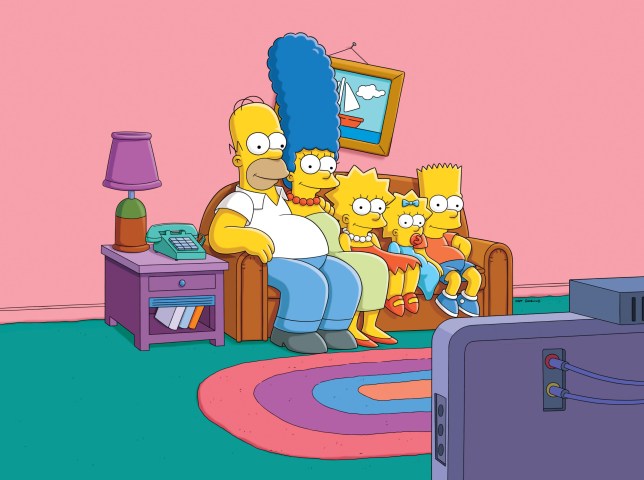 The Simpsons first aired as an animated short in 1989 – making the show 32 years old.

The yellow cartoon family quickly became firm favourites, and with every series now available on Disney Plus, it’s never been easier to revisit your favourite episodes.

So if you’re trying to work out the age of Homer, Marge and co while you watch Who Shot Mr Burns?, read on.

What age would The Simpsons cast be now? 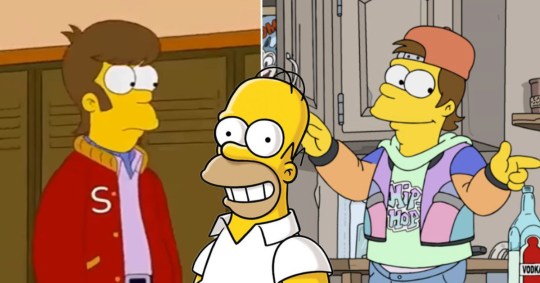 The Simpsons fans were furious as a recent episode made him a teen in the 90s. (Picture: 20th Century Fox)

The age of the characters definitely varies across the series – and dad Homer is no exception. 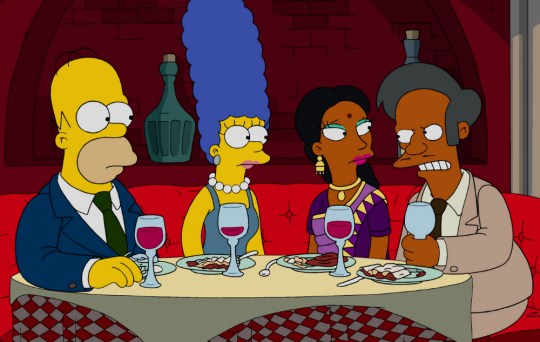 Fan sites pin lovable mum Marge at 36, so she would be 68 this year. Just a touch younger than Homer.

Bart Simpson, the oldest child, is 10 years old. So he’d be 42 now – a terrifying thought. 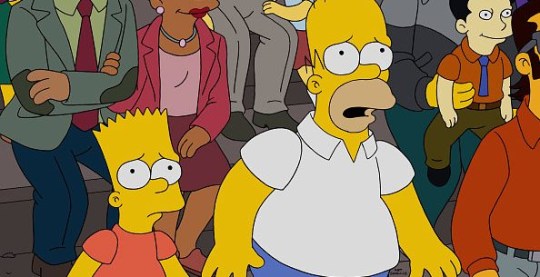 The Simpsons writer claims Bart is now the same age as Homer in real-time (Picture: Disney)

The recent Simpsons episode that seemed to show Homer as a teenager in the 90s had people quaking for this reason, as this would make him younger than his son.

The creators were quick to hit back though, saying it’s ‘all made up’.

The precocious Lisa Simpson is around eight years old, so would be 40 this year. 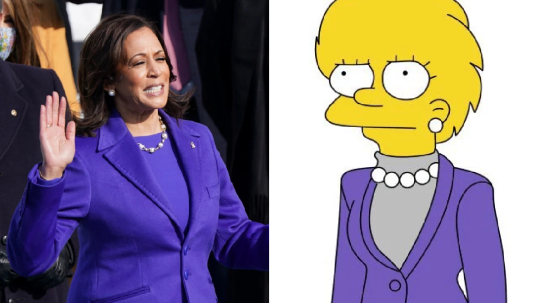 Fans were amused recently to see American Vice President Kamala Harris wearing a similar suit to the ‘future Lisa’ in the show.

This ‘spooky’ prediction is among the hundreds of other unnerving versions of real life that seem to mimic Simpsons scenes.

Unsurprisingly for such a popular programme, strange fan theories abound about the truth behind The Simpsons.

Maggie Simpson is the baby in the family – so would be around 33 this year.

Teen Maggie has been seen in a couple of episodes, but famously, we’ve never heard her speak. 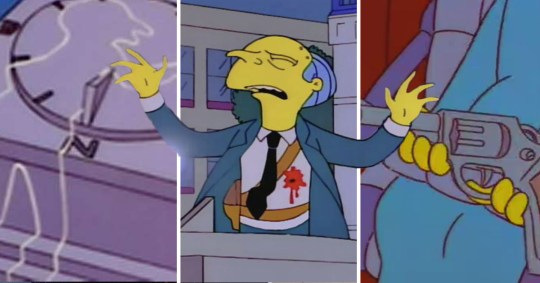 Mr Burns is 81. That’d make him 113 years old now. His age was first revealed in the second series.

But interestingly, his age has changed throughout the show. Episodes have put him at 89 and 104 years old, so the very oldest he could be this year is 136… 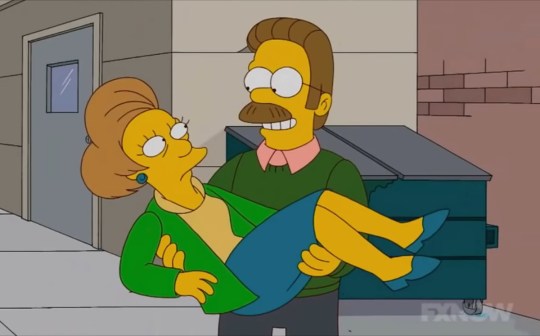 Fan sites reckon Principal Seymour Skinner is 46 during the show, which would put him at 78, 32 years on. 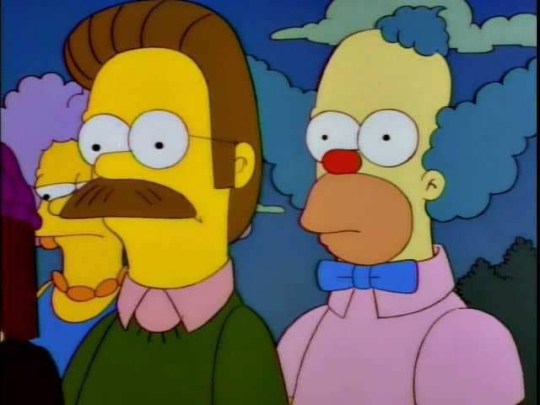 How old is Krusty The Clown? (Picture: 20th Century Fox)

The grizzled children’s entertainer Krusty is 52, which would make him 84 today.

At the start of the show, bar owner Moe was revealed to be born in 1927. 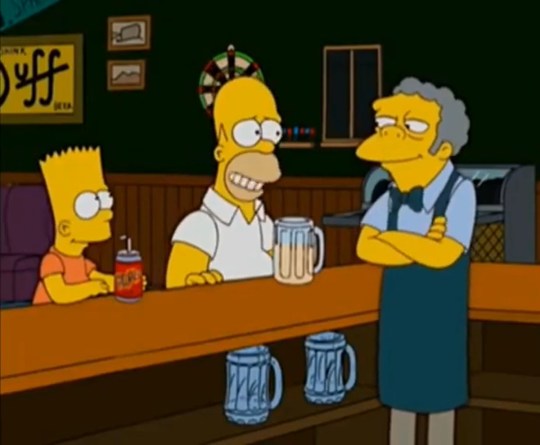 Clancy Wiggum is the head of Springfield’s police department at age 43, slightly older than Homer.

Former Springfield mayor Hans Moleman is similar to Mr Burns in that his age casually changes throughout the series.

He says in one early episode: ‘My name is Hans. Drinking has ruined my life. I’m 31 years old!’

But an eagle-eyed writer at Vulture spotted his driving license, which says he’s 71, and also that his name is really Ralph Melish.

It’s all a bit of a mystery… but if Hans really was 31 throughout the show, that would make him 63 now.