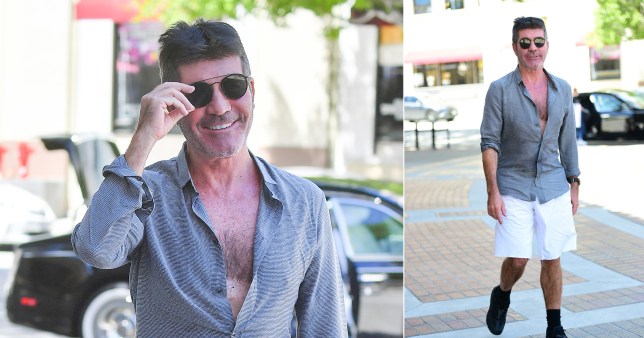 Simon Cowell is famous for his unique sense of style but it looks like the star is officially trying out a new look.

The American’s Got Talent judge, 61, has ditched his favorite T-shirt with jeans uniform for a new look – a half-unbuttoned grey shirt with white shorts, black socks, and matching trainers.

The TV mogul – who has made an impressive recovery after undergoing six hours of surgery on his spine, which forced him to cancel all his TV work for 2020 – topped it all off with some black sunglasses.

You do you, Simon!

The star was all smiles now he is back to work while continuing to recover from his back injury.

Indeed, he has been taking his rehabilitation seriously and now walks ‘over 40 miles a week’. 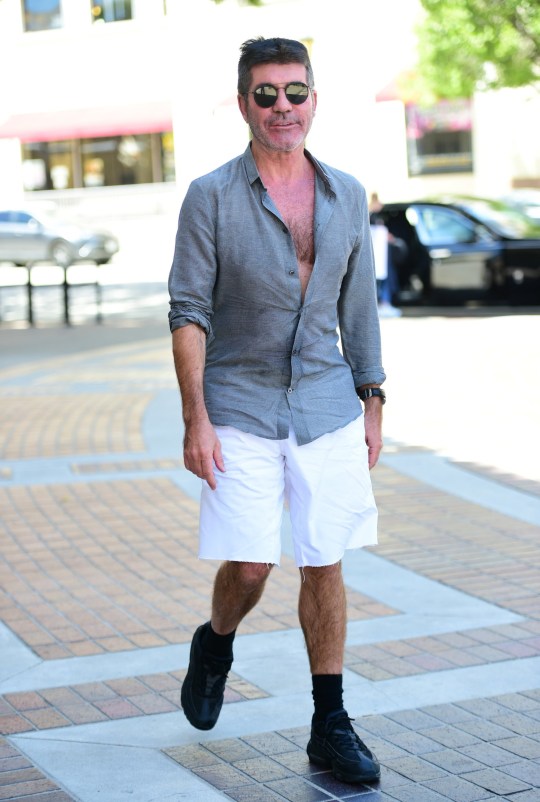 The America’s Got Talent judge was all smiles as he got back to work (Picture: BG026/Bauergriffin.com / MEGA) 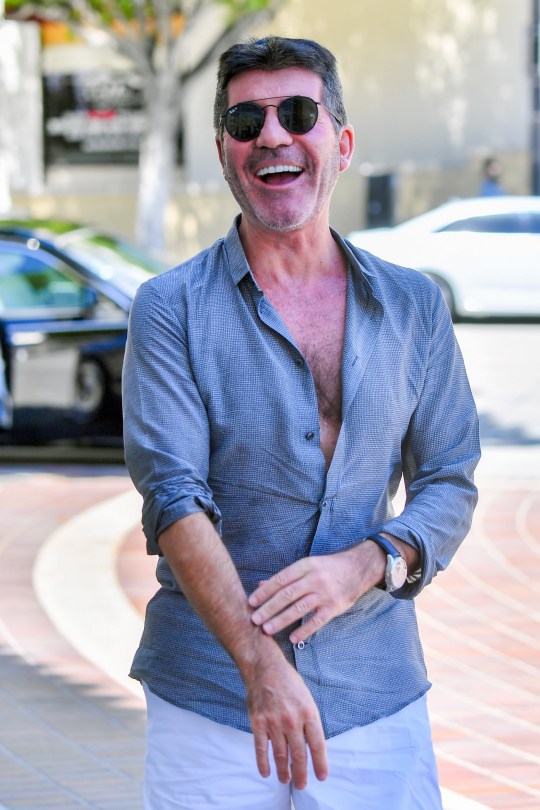 Simon is looking good after his back surgery last year (Picture: Snorlax / MEGA)

Simon has been doing a lot more gentle exercise than he ever has before as a source told MailOnline: ‘Simon said how he hasn’t worn trainers as much as this in 20 years.

‘He feels fitter than ever before and is keeping to a normal routine rather than being on the phone until into the early hours of the morning.’

They added that he walks over 40 miles a week and has been holding business meetings at 9am to stop himself from living like a ‘vampire’ as he tended to do beforehand. 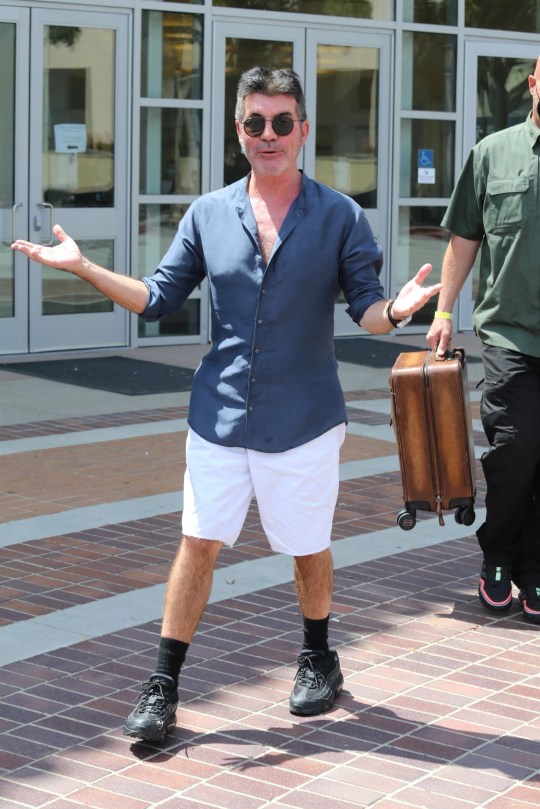 The star was clearly feeling his fit (Picture: Phamous / BACKGRID) 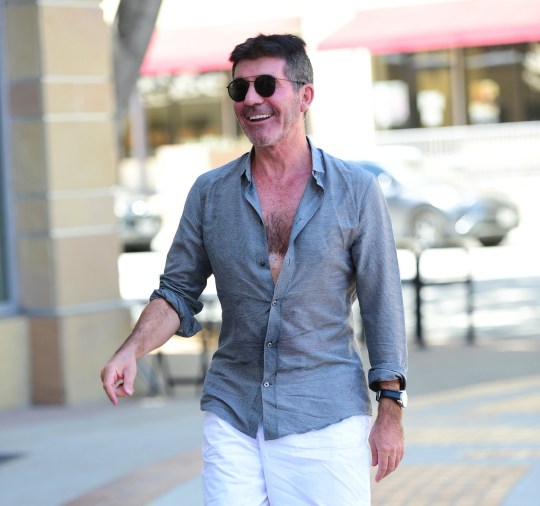 Chest is the way to go this summer, according to Simon Cowell (Picture: BauerGriffin/INSTARimages.com)

Simon had been left out of action after he tested out his new electric bike for the first time and it ‘flew up in the air and did an accidental wheelie’ as he tried to change gears.

After the accident, he tweeted: ‘Some good advice… If you buy an electric trail bike, read the manual before you ride it for the first time. I have broken part of my back. Thank you to everyone for your kind messages.’

He added: ‘And a massive thank you to all the nurses and doctors. Some of the nicest people I have ever met. Stay safe everyone Simon.’

America’s Got Talent returns to NBC later this year.