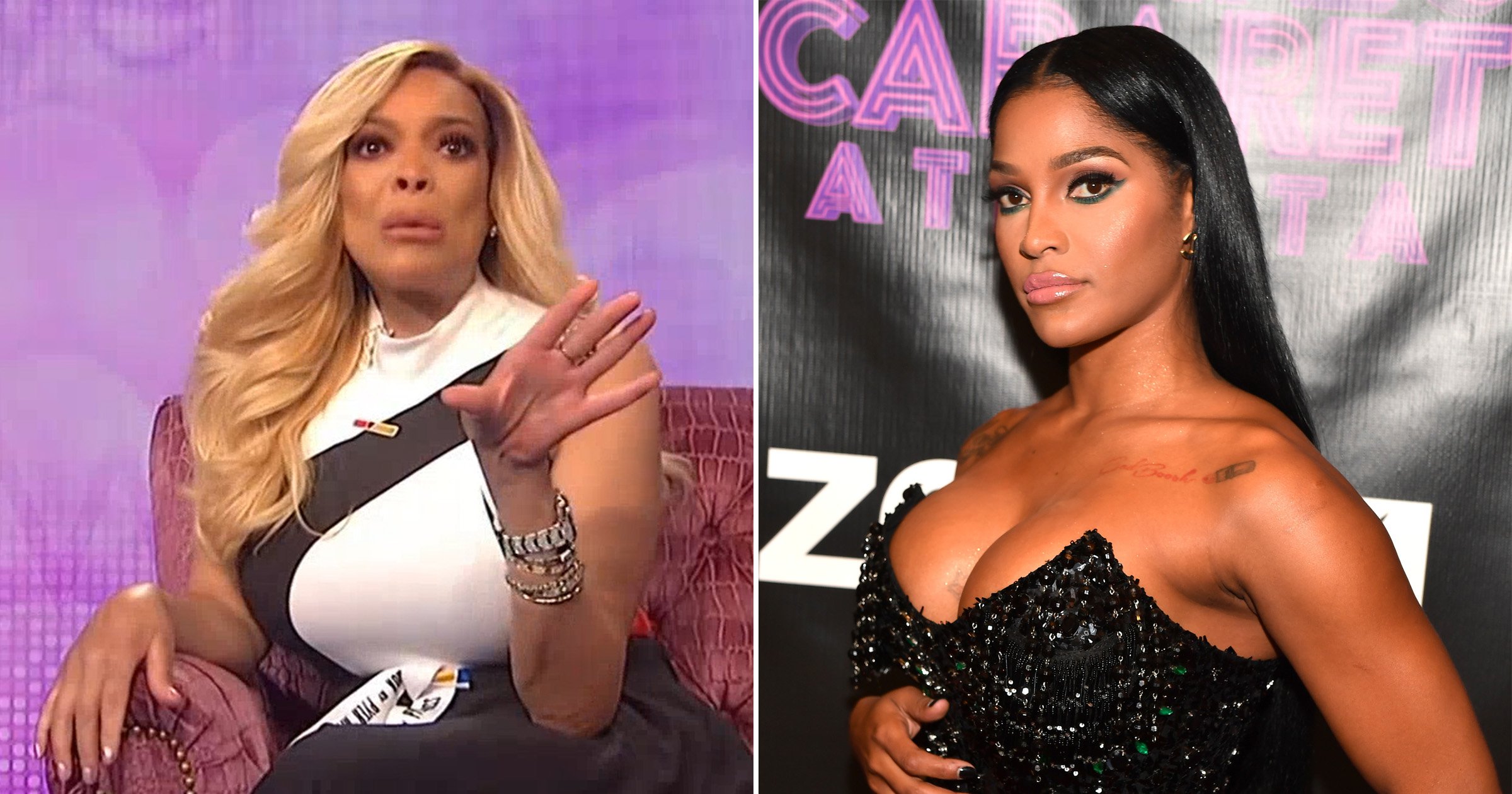 It’s a good thing Joseline Hernandez made a virtual appearance on Wednesday’s episode of The Wendy Williams Show because things got super tense between the pair.

The 34-year-old Love & Hip Hop star was on the show to promote her series, Joseline’s Cabaret: Miami, however she had a few things to get off her chest when the chat began.

‘Miss Wendy, I must just say this to you first…I hope you’re gonna give me my flowers today. I hope you’re gonna honor how much work I’ve put out there,’ Joseline began. ‘I hope you’re gonna…not kinda throw this off outside of everything I’ve done. I’m an accomplished woman and I just feel like every time I come to your show, you don’t give me those flowers now.’

After the reality star claimed Wendy was not rooting for her and celebrating her achievements, the outspoken host hit back: ‘You have the number one show on Zeus, and you got renewed for a third season, which is to be commended.

‘If you possibly think that I leave here every day and don’t feel undervalued for something that I do, as a woman, we’re not even going to talk about race, just as a woman. I still don’t make that dollar for dollar men make, so please. Anyway, shoe cam please.’

Joseline – also known as The Puerto Rican Princess – wasn’t done yet as she ignored the request to show off her shoes.

I mean what Joseline said isn’t wrong. I just wish Joseline and Wendy had that conversation behind closed doors instead of on national television in front of a bunch of White Women.

I looked forward to that Joseline & Wendy Williams interview….for that? To hear Joseline whine all segment?? My friend, no one wants to hear all that. SHARRAP DERE pic.twitter.com/vHY1OP8Nx2

‘You have to do better. You’re not enough. You’re not in an abusive relationship anymore. You don’t deal with that man anymore. You should be in a better place. And when people come in your show, especially Black culture, you should be nicer to us,’ Joseline said about Wendy‘s treatment towards guests of color

She continued: ‘You should be nicer to us, you should respect us, you should give us our flowers while we’re here, and you should tell us how proud you are of what we’ve done in the streets.’

After a few more calls to see Joseline’s shoes, Wendy admitted she ‘doesn’t apologize for anything’ and gave up trying to get her guest to cooperate.

Joseline checked the mess out of Wendy and was right about everything she said…however…girl…you have acted a damn fool on television for years but now want to preach about uplifting women.

I thought Joseline the puerto-rican princess and Wendy are good friends. Oh well.

In the end, Wendy ended up picking up a flower next to her and threw it at the camera.