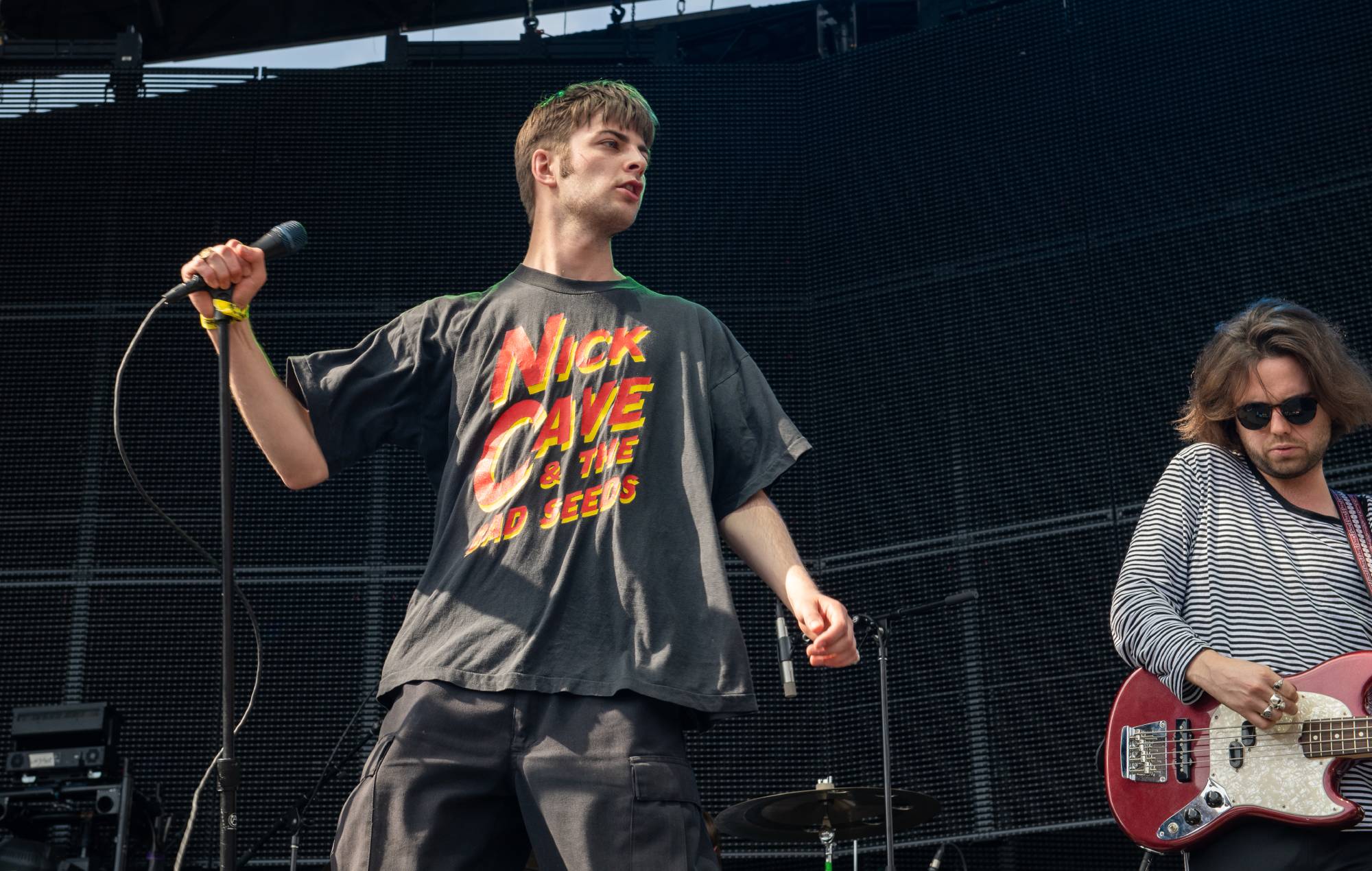 Fontaines D.C. performed ‘A Hero’s Death’ in an Irish pub in London for their remote guest appearance on The Tonight Show last night (January 28) – check out their performance below.

The Dublin band, who previously guested on the Jimmy Fallon-hosted late-night series in May 2019, played the title track from their acclaimed second album on the chat show.

Fontaines filmed their latest Tonight Show performance in The Auld Shillelagh pub in Stoke Newington, London, with the location being chosen due to the US talk show being among the many entertainment programmes which have pivoted to screening remote music performances during the coronavirus pandemic.

Fontaines’ performance saw frontman Grian Chatten appear to recite the lyrics to ‘A Hero’s Death’ from a karaoke machine as the other members of Fontaines played the song while spread across the length of The Auld Shillelagh.

You can watch Fontaines D.C. perform ‘A Hero’s Death’ below.

Last month Fontaines D.C. guitarist Carlos O’Connell gave an update on the progress of the band’s next album, revealing that around 11 demos of songs had already been recorded for their next project.

Asked if any of the demos had actually been properly recorded, O’Connell said that the band had “a lot” of demo songs in the pipeline and that Fontaines are now deciding “if we release something else or if we tour with this album [‘A Hero’s Death’]… or if we tour with two albums when possible”.

Earlier this month Fontaines D.C.’s ‘A Hero’s Death’ received a remix by Soulwax.

The past 7 days and your future success