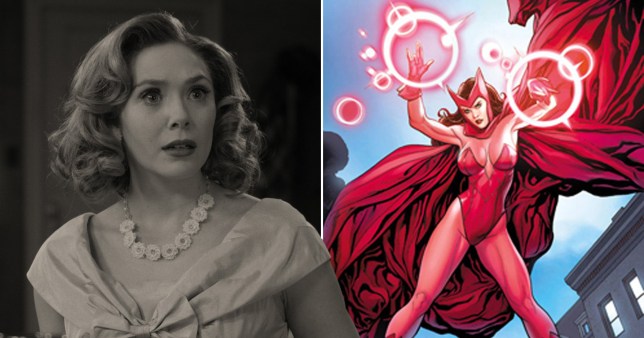 Wanda isn’t referred to by her comic name Scarlet Witch in the MCU (Picture: Marvel Studios/Disney)

Warning: spoilers ahead for episode five of WandaVision.

Episode five of WandaVision has left fans with plenty of unanswered questions, including when – or if – Wanda Maximoff (Elizabeth Olsen) will soon become known by her alias, Scarlet Witch, in the MCU (Marvel Cinematic Universe).

In the latest episode of the Marvel TV series on Disney Plus, acting director of S.W.O.R.D Tyler Hayward (Josh Stamberg) asks FBI agent Jimmy Woo (Randall Park) whether Wanda has another name that she’s known as, ‘an alias’ or a ‘funny nickname’.

After all, Steve Rogers is known as Captain America, Tony Stark as Iron Man and Natasha Romanoff as Black Widow… and so on.

‘Not a one,’ Jimmy replies.

Although she has never been referred to as Scarlet Witch in any of the previous Marvel films, Wanda is otherwise known by that name in the comics and among fans.

However, this conversation between Tyler and Jimmy could indicate that the name will get a mention in the near future, perhaps to emphasise the strength of Wanda’s powers. 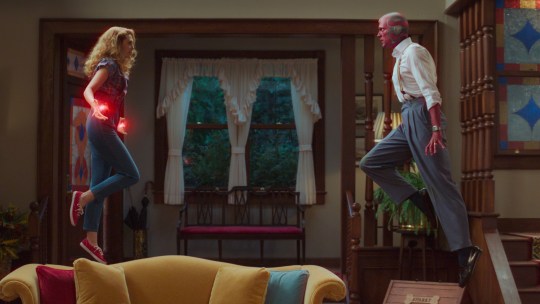 Wanda faces Vision (Paul Bettany) as he continues to question the state of their reality (Picture: Marvel Studios/Disney)

At another point in the episode, astrophysics expert Darcy Lewis (Kat Dennings) says that she is referring to the hexagonal anomaly surrounding the neighbourhood of Westview as ‘hex’, for short.

This again feeds into the idea that Wanda will earn her witchy nickname as the series progresses.

During an interview with RadioTimes.com, WandaVision director Matt Shakman explained that a significant aspect of the show was highlighting the multifaceted nature of Wanda’s character.

‘This is an exciting opportunity to really delve deep and level this character up.’ 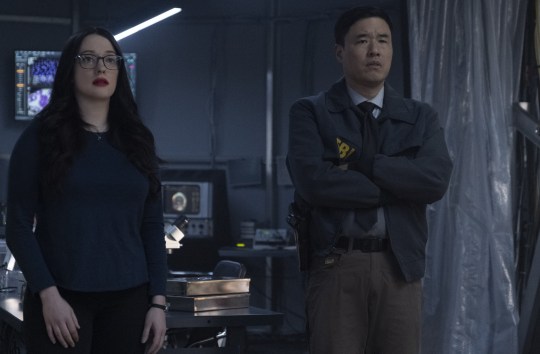 It would therefore make logical sense for this magical mention to lead to Wanda being dubbed Scarlet Witch, perhaps by Darcy herself.

At the very end of the episode, fans were shocked when Wanda’s brother, Pietro Maximoff, turned up at the front door.

However, it wasn’t the Pietro who died in Avengers: Age of Ultron and was played by Aaron Taylor-Johnson, but it was instead Evan Peters, who played a different version of Quicksilver, named Peter Maximoff, in the X-Men film franchise.

Does this mean that mutants and the X-Men could finally be making their way into the MCU?

Or is Evan actually in disguise and playing another character, perhaps the heavily-rumoured villain Mephisto?