WandaVision star Paul Bettany has revealed who he was talking about when he teased that there was a big cameo coming up on the Disney Plus show, and some fans are not happy about the news ahead of the finale.

Warning: spoilers ahead if you’re not up to date with episode eight of WandaVision.

During a recent interview, Paul, who plays Vision in the Marvel series, said that there was one character set to appear on the programme who ‘has not yet been revealed’ through leaks.

The A Knight’s Tale star said: ‘It’s an actor that I have longed to work with all of my life and we have some amazing scenes together and the chemistry between us is, I think, extraordinary. It was just fireworks on set. So I’m really excited for people to see that stuff.’

Many fans began speculating about who this could be, with numerous people predicting that it could turn out to be Al Pacino as villain Mephisto, considering Paul had previously described the Scarface star as one of his childhood heroes.

But alas, just as some people suspected, Paul was trolling us all along. 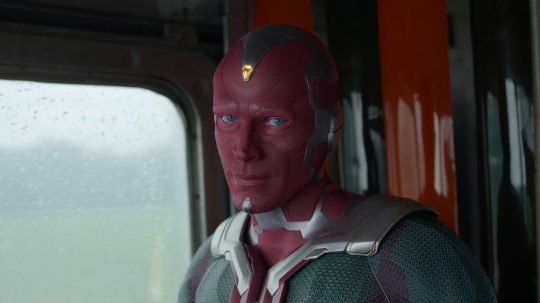 While speaking to Good Morning America, Paul admitted that his mention of a secret cameo was actually a joke that got way out of hand.

‘You know when you think something is going to be funny, and you say it? And then you actually panic about it? Because that’s what I did,’ he said.

‘Fans started guessing about who it might be, and they were guessing people like Benedict Cumberbatch or Patrick Stewart. And I was thinking, “My god that’s a good idea!” And they’re going to be so disappointed when they find out it’s me!’

As it turns out, this supposed cameo that Paul was talking about wasn’t about someone else after all – it was in reference to White Vision, who appears in the post-credits scene of episode eight of WandaVision as a new version of his character.

A number of fans couldn’t believe this groundbreaking news. 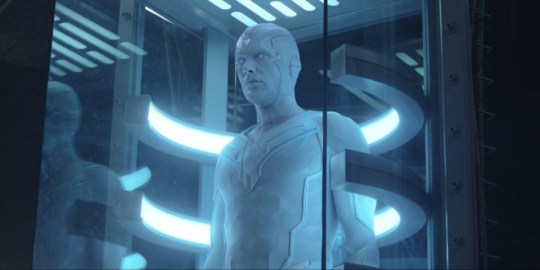 ‘So this is what betrayal feels like,’ one person tweeted, while another stated: ‘You’ve got to be kidding me.’

‘Paul you troll,’ another Twitter user quipped, while someone else joked: ‘It’s been Bettany all alongggg.’

Others were full of praise for Paul, describing the stunt as ‘hilarious’ and the actor a ‘legend’.

But could Paul still be pulling everyone’s legs?

There are some people who believe master troll Paul is pulling a double bluff, and that there will be an exciting cameo by a surprise character in the season finale.

If that’s the truth, then Paul is indeed a master at the craft of misdirection.

Either way, the release of the WandaVision season finale tomorrow couldn’t come sooner.

WandaVision is available to watch on Disney Plus with a new episode being released on Friday.