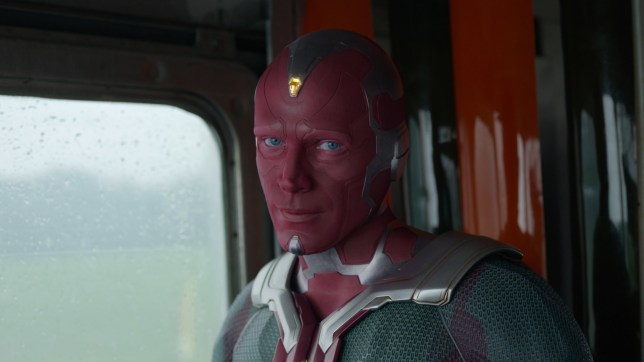 Has Paul Bettany given away a huge clue? (Picture: Marvel Studios/Disney)

WandaVision fans think Paul Bettany, who plays Vision in the Marvel TV series, might have hinted that Hollywood legend Al Pacino could be making a surprise cameo.

Throughout the first seven episodes of WandaVision, viewers have been treated to more twists and turns than they can count, from Agnes (Kathryn Hahn) finally being confirmed as Agatha Harkness to Evan Peters turning up as an alternate version of Pietro Maximoff, the brother of Wanda Maximoff (Elizabeth Olsen).

During a recent interview, Paul addressed rumours that a member of the Avengers is going to show up, with some people thinking it could be Doctor Strange (Benedict Cumberbatch), considering Elizabeth is set to star in the film Doctor Strange in the Multiverse of Madness.

The A Knight’s Tale actor said that while some character appearances in WandaVision have been leaked, there is one that remains closely guarded.

‘Of all the characters that we were trying to keep secret, a lot of them got out through leaks. There is one character that has not yet been revealed and it is very exciting,’ he told Esquire.

‘It’s an actor that I have longed to work with all of my life and we have some amazing scenes together and the chemistry between us is, I think, extraordinary. It was just fireworks on set. So I’m really excited for people to see that stuff.’ 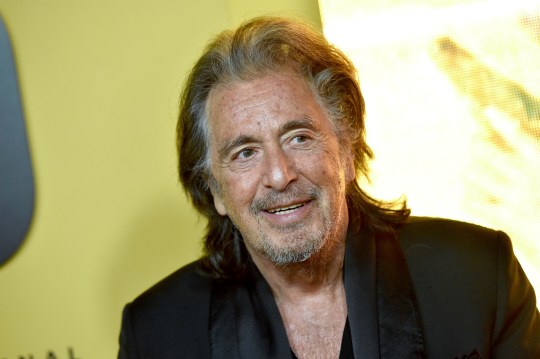 If Al Pacino does appear in WandaVision, we won’t be able to handle it (Picture: Axelle/Bauer-Griffin/FilmMagic)

While this statement could apply to literally any esteemed actor that Paul hasn’t yet had the chance to work with in his illustrious career, there are some other clues that it could be the Scarface star.

During an appearance at Asia Pop Comic Convention in Manila in 2015, Paul said that when he was growing up, he looked up to actors including Robert De Niro, Marlon Brandon and Al Pacino as ‘heroes’.

In 2014, Al disclosed that he had spoken to Marvel Studios president Kevin Feige, having previously said he was ‘ready to go to Marvel’ after being ‘impressed’ by Guardians of the Galaxy.

You see how the pieces of the puzzle are (possibly) coming together?

‘Bruh if Al Pacino shows up on screen for #WandaVision i will literally lose my freaking mind,’ one tweeted.

‘#WandaVision theories abound after each episode. One still to be revealed is a guest star Bettany’s wanted to work with all his life – My theory is Al Pacino,’ another said.

While speaking to Esquire, Paul was also questioned about the speculation that demonic Marvel villain Mephisto could play a role in WandaVision.

While he acknowledged that some fan theories have been ‘eerily accurate’, when it comes to Mephisto, he is keeping his mouth shut.

‘This one that mentions Mephisto… I can’t speak to right now, because I’m worried about getting fired,’ he said, leading some to believe that this might be the character that Al could end up portraying.

It may turn out to be completely off base, but the idea of Al Pacino in WandaVision would be undeniably incredible.

WandaVision is available to watch on Disney Plus with new episodes released on Fridays.

Rachel McAdams cast in Are You There God? It’s Me, Margaret movie

Third stimulus check – How much will your family get in Covid relief money?