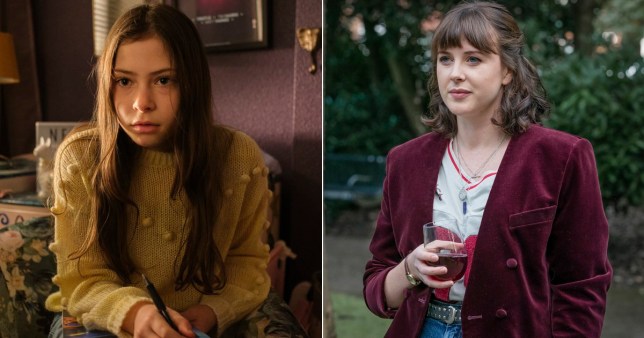 This article was written before Bafta suspended Noel Clarke due to allegations of misconduct.

Warning: spoilers ahead for episode four of Viewpoint.

Viewpoint star Alexandra Roach has spoken to Metro.co.uk about how ‘heartbreaking’ she found it filming Zoe Sterling’s flashback scene with her on-screen daughter Caitlin (Kíla Lord Cassidy), saying it was ‘uncomfortable’ to act being drunk in front of the child actor.

In episode four of the ITV crime drama, a social services worker informs Zoe that they received an anonymous tip-off from a ‘concerned individual’ showing evidence of a situation where the shop worker was ‘intoxicated’ while in the company of her daughter.

After expressing her worry over the situation to DC Martin Young (Noel Clarke), the police officer shows her the footage, which shows her drinking heavily while at the park with her neighbours, before continuing to drink on her own while sitting on a bench.

At the end of the clip, Caitlin runs out of their flat building as her mother falls to the ground on the road, with Zoe unable to get up as her daughter stands there helplessly.

During a recent chat with Metro.co.uk, Killing Eve star Alexandra said that it was ‘uncomfortable’ when they filmed the scene, as Kíla wasn’t present when they rehearsed the sequence. 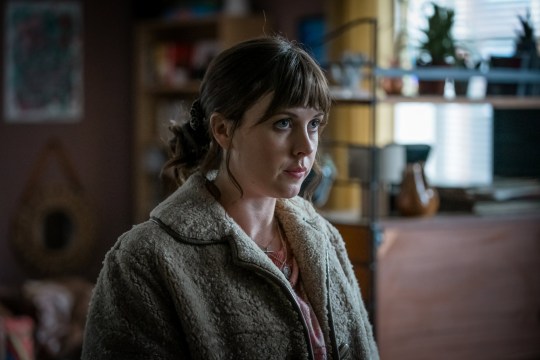 ‘It was fine in rehearsals, and then I saw her little face when we were shooting it,’ the Welsh actor said.

‘We couldn’t do rehearsals with Kíla, the actress playing Caitlin, and her little face when I had to be really drunk – I think that just broke my heart, seeing her react.’

Alexandra recalled telling the 11-year-old actor: ‘I’m going to do something and you’re going to try and get me into the house, that’s all you need me to do.’

‘The innocence of her compared to what I was doing, it was quite heartbreaking,’ she said.

When it came to filming the scene where Zoe is watching the footage, Alexandra said that it felt ‘like an out-of-body experience’, describing it as ‘deeply embarrassing’. 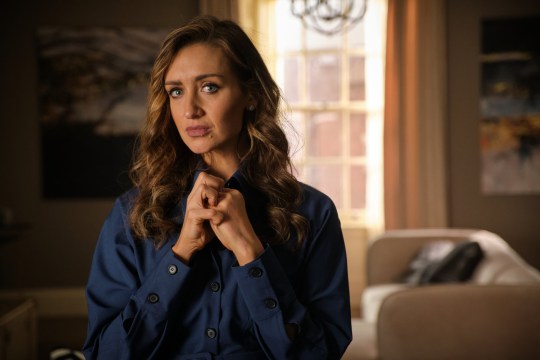 ‘I know it’s not me – but as you know, it was me, in a way, and doing that… it was just really comfortable,’ she said.

Then to add a ‘whole other layer of shame to it’, her character watches it in front of Martin, someone who she is ‘starting a relationship with’. 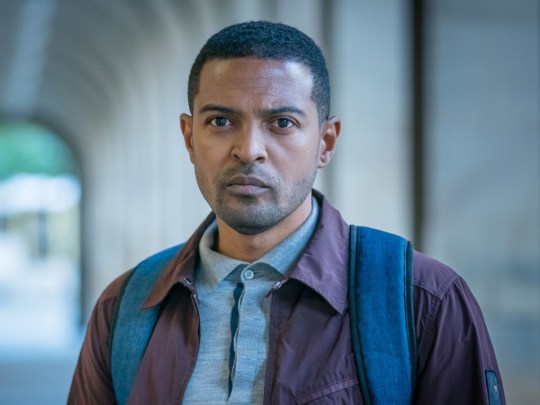 Martin is the one who shows Zoe the video that was sent in (Picture: ITV)

‘Even if it’s not to the extreme that Zoe has, we’ve all had moments of deep embarrassment,’ Alexandra said.

Despite initially believing that it was Fiona Baker (Erin Shanagher), a mum of one of Caitlin’s classmates, who contacted social services, Martin explains to her that it was Kate Tuckman (Catherine Tyldesley), who Zoe believed to be her friend.

When Zoe goes to confront Kate, her neighbour tells her that in her eyes, she gave her a ‘wake up call’.

In episode four, clues picked up on by Martin started to indicate that Kate could actually be the person behind the disappearance of teacher Gemma Hillman (Amy Wren), rather than her husband Carl Tuckman (Dominic Allburn) or Gemma’s boyfriend Greg Sullivan (Fehinti Balogun).

Will we discover that Kate is the reason Gemma has gone missing in the Viewpoint finale?

You can contact the Alcoholics Anonymous 24/7 helpline by calling 0800 9177 650, by emailing [email protected] or through live chat on their website at www.alcoholics-anonymous.org.uk.

You can also contact the free confidential helpline Drinkline by calling 0300 123 1110, open on weekdays from 9am until 8am and on weekends from 11am until 4pm.