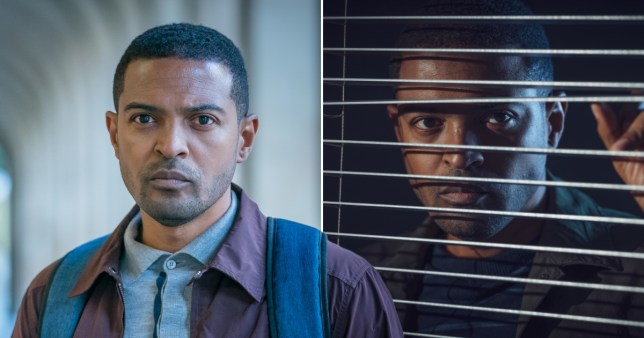 Martin (Noel Clarke) fesses up in the latest episode… so what will happen now? (Picture: ITV)

Warning: spoilers ahead for episode two of Viewpoint.

In episode two of Viewpoint, Martin admits to his boss DI Liam Cox (Phil Davis) that he didn’t personally see the woman who visited Greg’s flat in the first instalment, as he had to rush to check on his son in hospital.

During a recent conversation with Metro.co.uk, Viewpoint’s co-creator and writer Ed Whitmore explained what would likely happen in real life if an officer in surveillance made the same mistake.

So will Martin face repercussions or has he dodged a bullet?

When Martin tells Cox about his blunder, his boss lambasts him for his mistake, saying that what he did wasn’t just a ‘white lie’, but an error in judgement that could have serious consequences if the CID (crime investigation department) finds out. 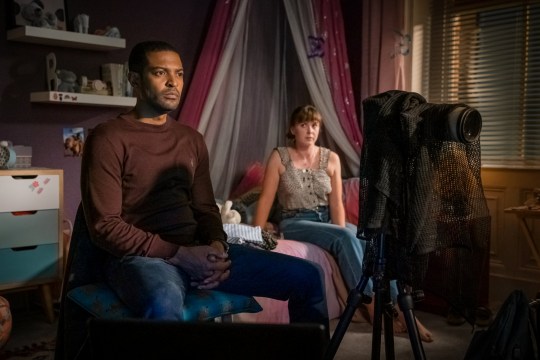 So if Martin’s slip-up is uncovered, what would happen?

‘If it came out that essentially, he’s given misinformation to CID, he’s told CID that he saw something he didn’t see, I think it would certainly be the end of his career as I understand it,’ Ed said.

The screenwriter, whose previous work includes Manhunt and Silent Witness, said that if Martin did something ‘really terrible’, then it would be assumed that he would ‘face a custodial sentence’.

In Martin’s case, ‘I think he would definitely lose his job, possibly worse,’ he remarked.

When it came to the scene where Martin reveals where he’s done wrong to Cox, Ed said that the police adviser that they had for Viewpoint ‘had a lot to say’ about the exchange.

‘We said we want Cox to be a good boss, but we don’t want it to be too unrealistic,’ he explained, as they thought it wouldn’t be realistic for Cox to simply forgive Martin on the spot and for it all to be ‘fine’, because ‘it’s a big deal what he’s done’. 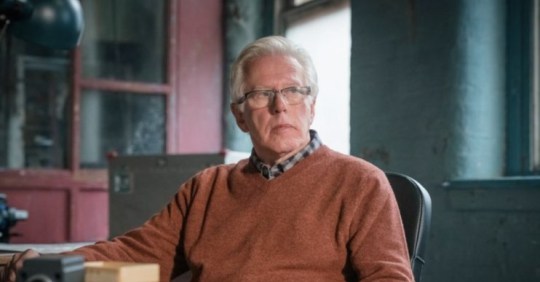 After Martin’s admission, Cox says to him that if it comes out what he’s done, then their conversation never took place – a statement that Ed thinks is ‘absolutely fair’.

‘I think you completely understand in that moment that Phil Davis’ character, he’s fond of Martin, he likes Martin, he’ll support him, he knows he’s had a hard time, but there are limits,’ he said.

‘He’s not going to get him in trouble unnecessarily but Martin’s lie can’t become his lie, which seems reasonable.’

From Greg’s interrogation to Zoe’s spying, what else happened in episode 2?

Elsewhere in episode two of Viewpoint, Greg remains a suspect for the police, all the while expressing an outpouring of sadness over Gemma.

Despite taking the bag of money that he found in his apartment to the police, along with the fake passport with Gemma’s face on it, he is still regarded suspiciously due to the controlling manner in which he treated Gemma before her disappearance. 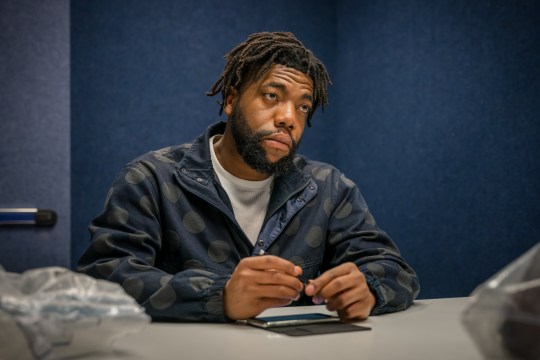 Greg is viewed as a suspect by the police (Picture: Ben Blackall/Tiger Aspect Productions)

The woman that Zoe Sterling (Alexandra Roach) saw in Greg’s flat – who Martin lied about seeing – is interrogated by the police.

It’s discovered that she met Greg and Gemma through her work at property company Randolph Estates and attempted to get the couple involved in a money laundering scheme.

At the very end of the episode, when Martin is seen watching Kate Tuckman (Catherine Tyldesley) and Carl Tuckman (Dominic Allburn) in their apartment, the camera then pans to Zoe, who is doing the same thing out of another window.

While viewers have already seen Zoe’s binoculars that she uses to spy on her neighbours, here she is shown writing down observations in a notebook along with time stamps as she watches Kate and Carl have sex on their sofa.

Why is Zoe watching her neighbours so closely? And will Greg continue to be viewed as suspect number one going forward?

Wiltshire: Mum put in coma as she caught flesh-eating bug after cutting her knee jogging