The presenter couldn’t believe the question had been answered correctly (Picture: BBC)

Victoria Coren Mitchell was left lost for words on Monday night after a team on Only Connect managed to answer an ‘ungettable’ question correctly.

The presenter, who has hosted the fiendishly difficult BBC quiz show since 2008, said she ‘hated’ the question – and was baffled by how someone managed to get it right.

Monday’s episode saw the Golfers take on the Jukeboxers and the picture question came in the second round.

The players had to correctly identify the last picture in a sequence, which was themed around The Wurzels song I’ve Got A Brand New Combine Harvester.

The third showed a combine harvester, with each clue representing the chorus lyrics to the song (‘I got 20 acres and you got 43, now I got a brand new combine harvester and I’ll give you the key’). 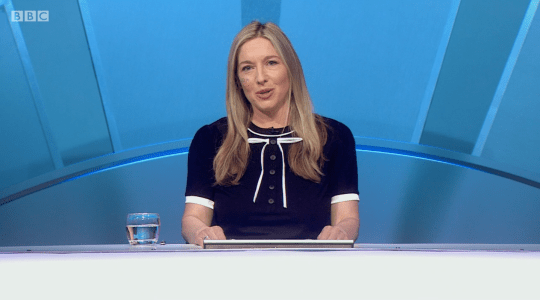 The presenter showed off a new look on Monday’s show (Picture: BBC)

When one of the Jukebox team correctly identified the last clue as a key, Victoria couldn’t believe what she’d just seen.

‘This is my least favourite question in the whole series. I think it’s ungettable. I hate almost everything about it. I said nobody could get it,’ she said.

She added: ‘Even if you knew that weird machinery was a combine harvester from the song, how would you know that it goes “I’ll give you the key”.

‘It doesn’t make any sense. It makes no sense.’

It’s certainly an impressive answer – congrats to the Jukeboxers for spotting it! 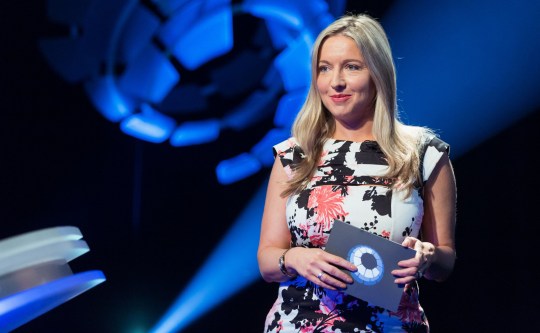 Victoria was sporting a different look during Monday’s episode, having told viewers she was sporting a glittery flower tattoo on her cheek during the recording.

She warned viewers by sending out an intriguing tweet ahead of the show, informing fans that she would be looking a little different.

Writing on the social media site, she wrote: ‘On tonight’s Only Connect: no, it isn’t a bruise. It’s a LOVELY GLITTERY FLOWER TATTOO.’

She jokingly added: ‘If I was going to get a permanent tattoo, I’d have a naval battle on my back. And a land battle on my navel.’

Only Connect continues on Monday at 8pm on BBC Two.