Real Housewives fans are getting an early Christmas gift in the form of Ultimate Girls Trip, following a selection of the most iconic Housewives across the franchise jetting on holiday.

The episodes are out now on hayu, with Ramona branding Teresa a ‘scarecrow’ and suggesting that she has ‘no brain’ in the first few minutes.

Speaking of the scenes, the Jersey native told Metro.co.uk she was left upset by the comments, and said: ‘Of course, I didn’t like what Ramona said in the first episode. Listen, you don’t say anything hurtful about someone… ‘Get to know the person first!

‘I can’t wait for you guys to see how she eats her words afterwards.

‘At this point in your life you should think before you talk, you know? I’m not perfect either, none of us are perfect. We all say things that are not appropriate at certain points in our lives. I think you live and learn, and you learn lessons in life.’

‘I was a little shocked to hear that. I could have said things about Ramona, but I wanted to get to know her first before opening my mouth,’ she insisted. ‘Obviously, she knows I’m going to see that and I guess she didn’t care.

‘I’m not like that, I never throw the first punch. [If] someone comes for me then I have no problem going back at them.

Despite the drama, it seems as though the pair were able to bury the hatchet, as the mum-of-four went on to describe all of her co-stars as ‘lovely’. 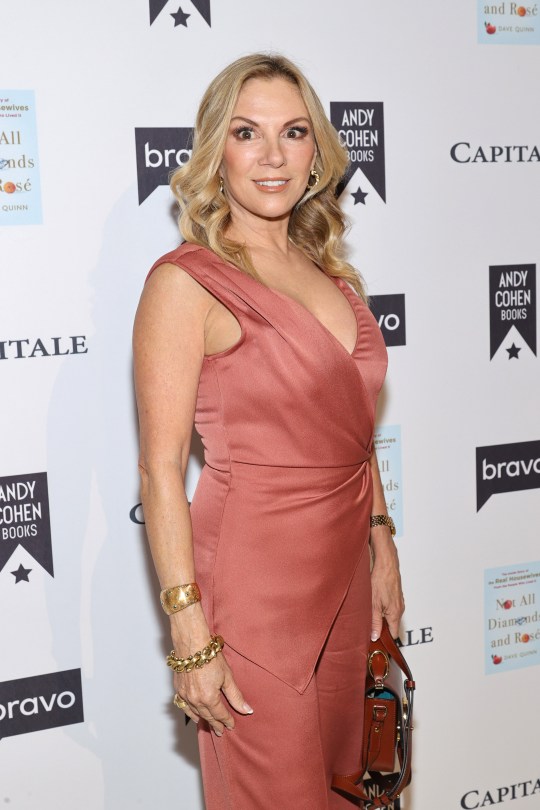 As dramatic as the episodes are – and fans have seen just how wild things can be over the years – Teresa also emphasised how ‘empowering’ she found filming.

‘Drama does happen,’ she told us. ‘Put seven women together and then, of course, someone’s going to get on each other’s nerves eventually.

‘I felt like it was more woman empowerment, and if there was something we didn’t like, we spoke our mind and we said it.

‘I really enjoyed being on the show and all the women were lovely.’

We wonder how long that will last…

The Real Housewives Ultimate Girls Trip is available to stream on hayu.

‘Is there still time to fix our marriage?’