Boris Johnson is being investigated by the Met (Picture: PA)

A new television drama about a fictional UK Prime Minster facing a multitude of scandals is in the works at Lionsgate.

SEAL Team andJustifiedproducers Carl Beverly and Sarah Timberman have teamed with Andrew Davies, the writer behind the original British version of House of Cards for the show.

Titled ‘Downing Street’, Deadline reports the series follows ‘a PM and a team of senior advisors and young staffers, juggling complicated personal lives with the round-the-clock demands of professional duty.

‘As a newly christened leader takes the reins of power, they are immediately confronted by a string of crises.’ 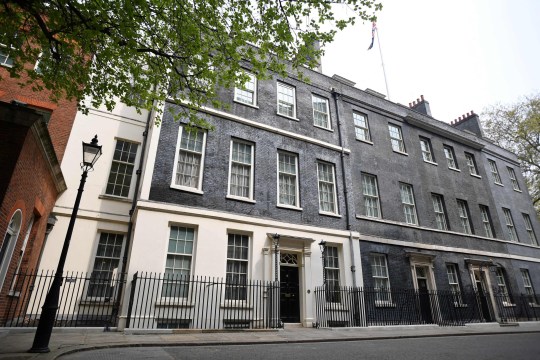 Downing Street will follow a leader who is ‘immediately confronted by a string of crises’ (Picture: AFP)

‘The opportunity to mine this historically rich setting for characters and stories that explore the complicated nexus between power and politics, was too good to pass up, particularly with Andrew Davies leading the way,’ Beverly said.

‘His story prowess and the gravitational pull of his characters make him the perfect choice for Downing Street,” said Beverly.’

News of the Downing Street television drama comes as Boris Johnson remains embroiled in allegations of parties at No 10 while the country was in lockdown.

It was today (Monday, February 14) reported that the Prime Minister is expected to tell police that he was at as many as six Downing Street parties – which were ‘part of his working day’.

Now, having been sent a questionnaire by officers amid an investigation by the Met Police, Mr Johnson is set to admit to attending some, but will argue he was at work, reports suggest.

The PM’s future could hinge on whether police fine him over the incidents, which have sparked outrage from across the political spectrum and among the public.