PREGNANT Towie star Frankie Essex has shared the sex of her twins at a stunning baby shower attended by family and friends.

The star revealed she was expecting the double bundle of joy with partner, Luke Love, 32, last month. 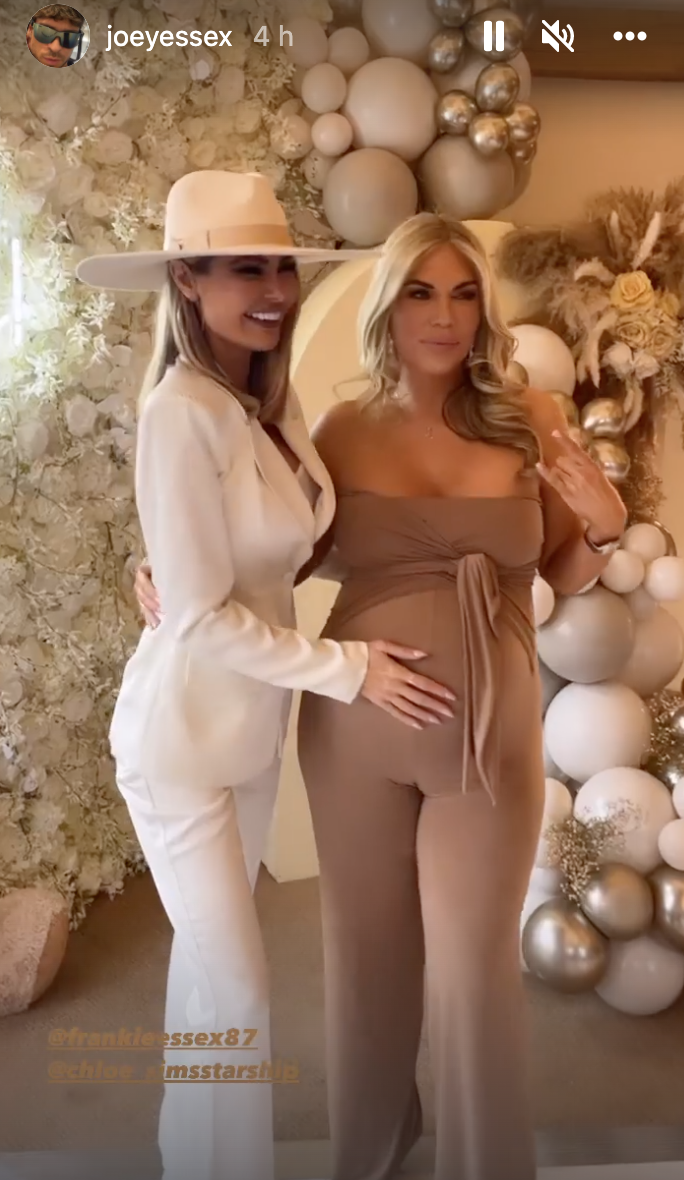 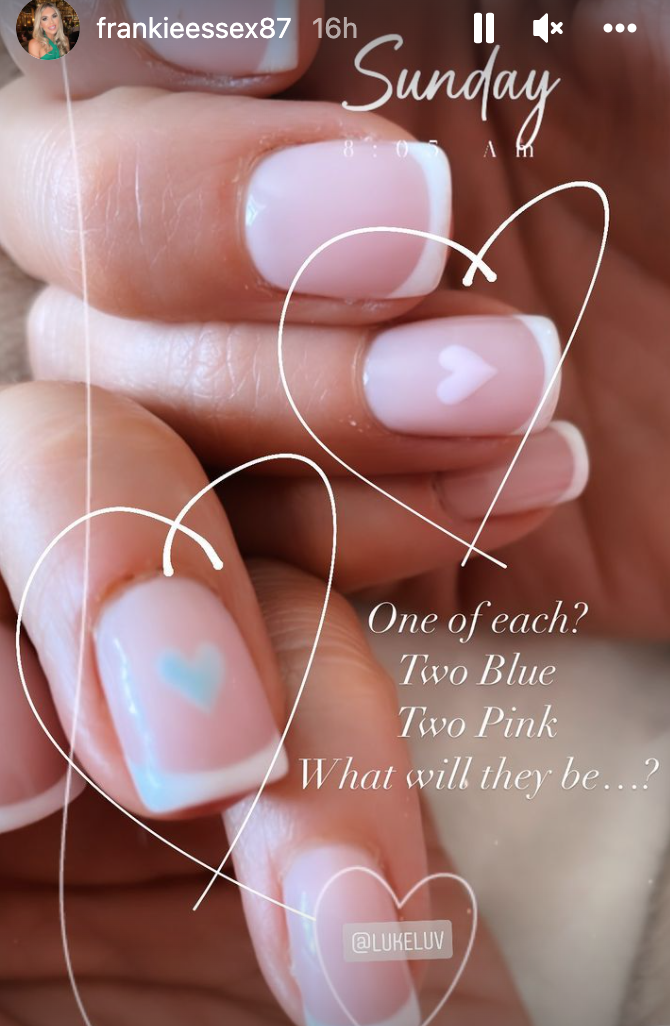 Frankie, who is TOWIE legend Joey Essex‘s sister, took to Instagram to share the personal news with her fans.

On Sunday, she shared a glimpse of her baby shower and posted a snap showing off her manicured nails, complete with pink and blue hearts.

Later, Frankie’s younger brother and cousin Chloe Sims joined her for an incredible fireworks display in her garden.

They both shared the happy news that Frankie is expecting a boy AND a girl. 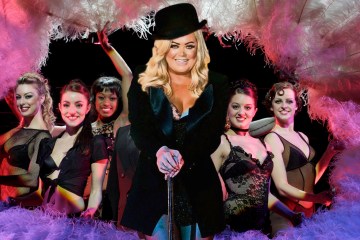 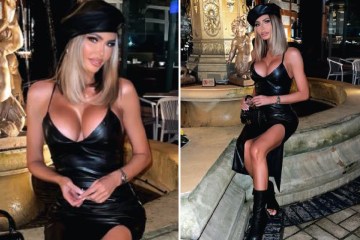 The reality TV star also confirmed she will welcome “one of each” into the world later this year.

The star revealed she was pregnant on Valentine’s Day.

“I was just so shocked!” Frankie told new!.

“How we found out was really lovely.

“The lady scanning me was focusing on one baby and was then like, ‘What else do we have here then?’ and I was so shocked and asked, ‘Are we having twins?’ I burst out crying, tears of happiness. It was just so beautiful. It was lovely.”

Frankie and Luke started dating in 2019, four years after her relationship with John Lyons.

Speaking about the personal trainer, she told Closer: “He treats me well and is very, very, supportive in every way, we’re good together.”

Frankie shot to fame in 2011 on the second series of the ITVBe programme.

She came back again as part of the nineteenth series in 2016, but hasn’t been on our screens since. 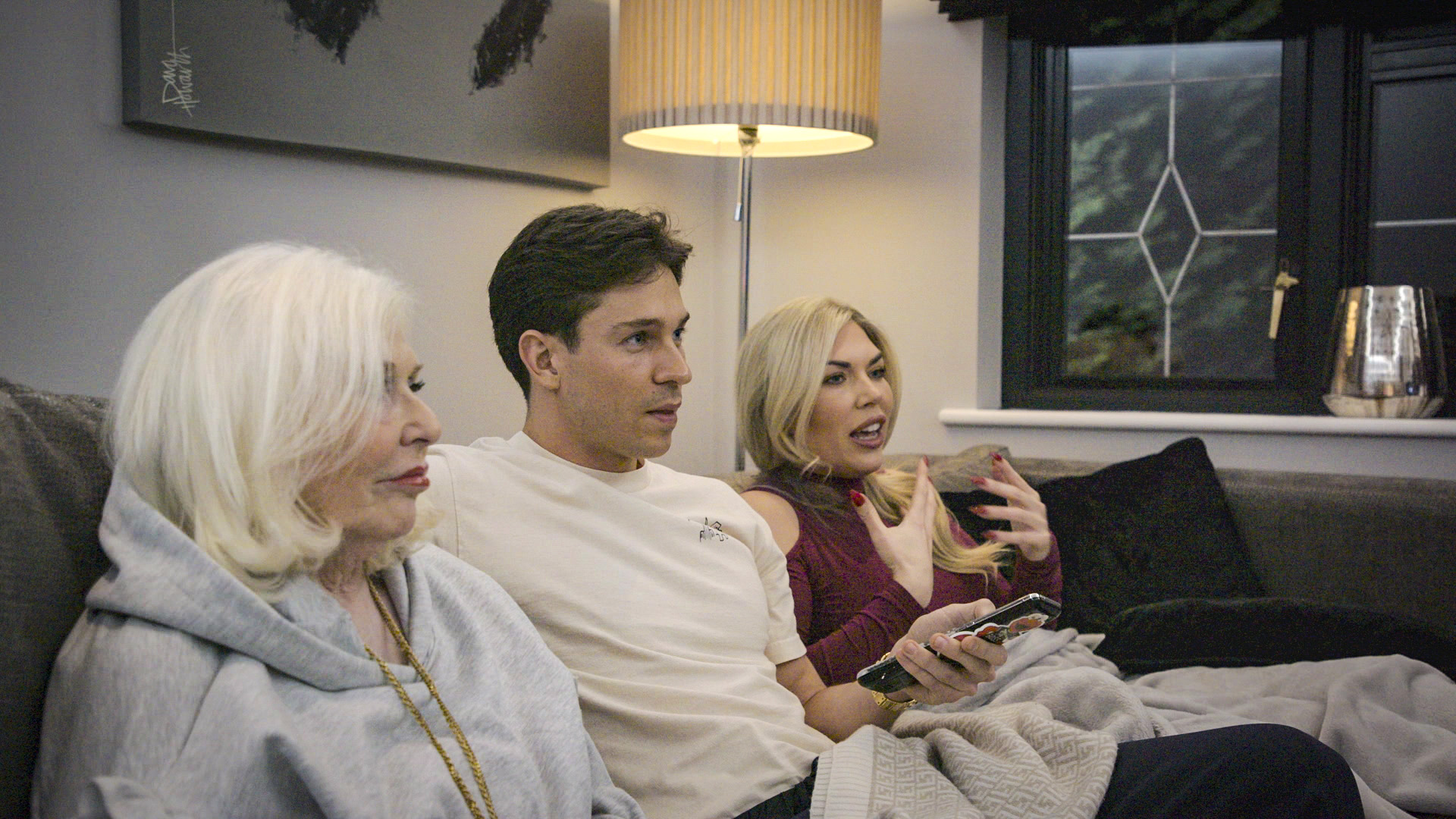 Joey Essex with his sister Frankie and nan LindaCredit: BBC