Top Gear star Chris Harris has remembered the late ‘force of nature’ Sabine Schmitz and revealed she was planning to fly a helicopter to film with them during her chemotherapy.

The racer, dubbed Queen of the Nürburgring, died aged 51 this week from cancer, with stars including Jeremy Clarkson and Paddy McGuinness remembering her.

Appearing on today’s Sunday Brunch, Chris – who worked alongside Sabine on Top Gear – paid tribute to his friend, revealing she remained positive throughout her treatment and even wanted to appear on the upcoming series.

Speaking to Tim Lovejoy and Simon Rimmer, Chris labelled Sabine ‘iconic’ and said: ‘I think we were all shocked, and obviously really, really saddened by the news.

‘We knew Sabine had been battling cancer for sometime, but she was so dignified and strong, she never made anything of it.

‘In fact she was supposed to be a part of a film that we shot at the end of last summer, and she was undergoing chemo at that point, and she was so insistent that she wanted to come and film, with her appearance obviously quite different, she was going to fly her helicopter to north Wales to be with us. 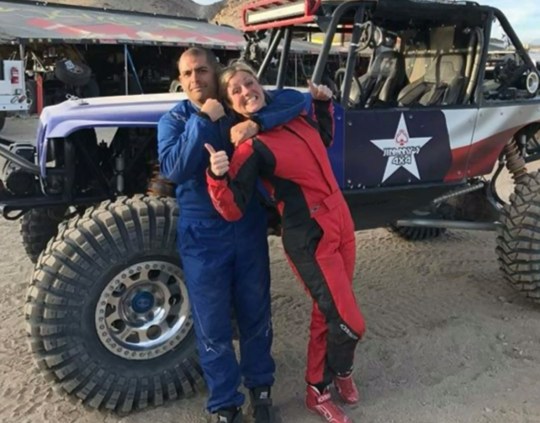 Chris and Sabine worked together on Top Gear (Picture: Instagram) 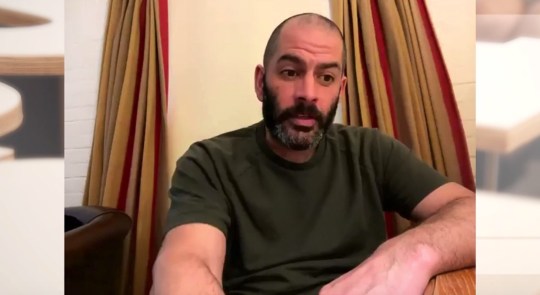 ‘That’s the kind of person she was. She was a force of nature, she was empowering, she was amazing fun, just a force of energy and we’ll miss her terribly, as will the motoring world.’

German racing track Nurburgring shared the news of Sabine’s death on Wednesday morning and said: ‘The Nurburgring has lost its most famous female racing driver.

‘Sabine Schmitz passed away far too early after a long illness. We will miss her and her cheerful nature. Rest in peace Sabine!’

She was known in Germany for driving passengers around the legendary racing track Nurburgring in a BMW M5, earning the nickname of the ‘world’s fastest taxi driver’.

As well as this Sabine was a qualified helicopter pilot and previously owned a restaurant.

Tonight’s episode of Top Gear will be dedicated to her memory.

Sunday Brunch airs Sundays from 9.30am on Channel 4.