The new series of Top Gear will look a little different this year, with the show filming without a studio audience for the first time ever.

The motoring programme, hosted by Freddie Flintoff, Paddy McGuinness and Chris Harris, will be filmed behind closed doors due to coronavirus restrictions.

The show has been forced to vacate its home at the Dunsfold race track for the first time since being rebooted in 2002 to record links for its studio elements.

Last year the trio hosted the show in front of a live drive-in audience at the track in Surrey. However, the national lockdown has made that impossible this year.

Instead, the show shot its links during a two-night record at the BBC’s former home, the Television Centre in west London.

A spokesman for Top Gear said: ‘Although we have still been using the Top Gear test track at Dunsfold for filming this series, we’ve temporarily relocated the studio elements to Television Centre for this run.’ 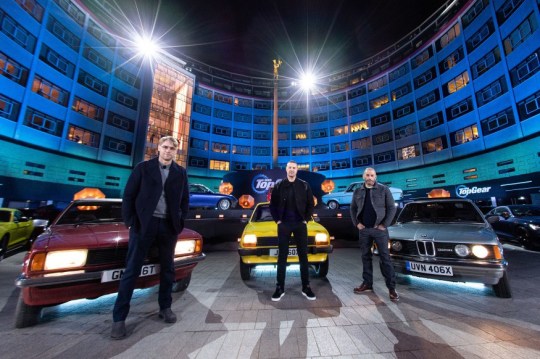 Freddie, Paddy and Chris are back for the new series (Picture: BBC)

Freddie, Paddy and Chris are returning for a fourth series together, with a trailer recently released showing Freddie attempting their most daring stunt yet.

The new episodes will see the hosts pay tribute to some of the iconic Bond movie cars, be dragged along runways at 80mph and take an emotional drive down memory lane through the Lake District in their dads’ cars 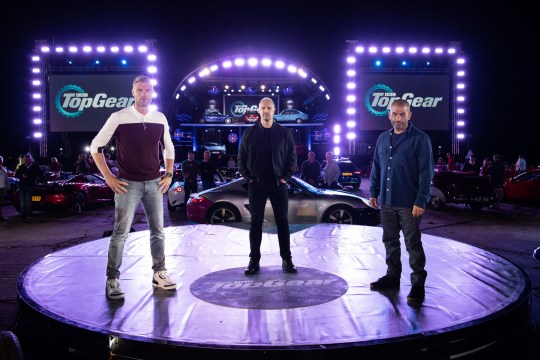 The boys are back on the road this year (Picture: PA)

Clare Pizey, Top Gear’s co-executive producer, said: ‘Once it was confirmed that we couldn’t have a studio audience, Alex Renton and I knew we needed a big rethink.

‘A drive-in with no cars just doesn’t work. An empty hangar at Dunsfold would give us zero atmosphere – and in any case, Top Gear needs a sense of scale. So we are really pleased with the Television Centre solution. It’s iconic. It looks beautiful.’

A release date for the new series has yet to be confirmed, although fans can expect it to arrive soon.

Top Gear is available to stream on BBC iPlayer