Spiderman star Tom Holland was left shocked after he was played a very special video message from former teacher Lynn Page, courtesy of The One Show.

Tom, 25, appeared on BBC evening programme alongside Mark Wahlberg to chat all things Unchartered, ahead of its release later this month.

Hosts Alex Jones and Ronan Keating also touched on his huge success in Spider-Man, as well as his upcoming role as Fred Astaire.

The former Brit school alumnus – who previously played Billy Elliot in the West End – will be getting his dancing shoes back on to play the American actor and dancer.

But, there was a surprise in store as Lynn Page – Tom’s very first dance teacher – was on-hand to give him a bit of top advice ahead of the exciting new project.

In a pre-recorded clip, Lynn shared: I can’t think of anybody more deserving to play Fred Astaire than you!


Tom was stunned by the video message (Picture: BBC)

‘Everybody loved Fred, he made dancing look so easy. You and I know it’s because of all the hours of practice he put in.

‘You’ve done so many of those hours of practice already, with your training,

‘My advice to you would be to close your eyes, trust your feet, dance, soar, and show the world what it takes to make it look that easy. 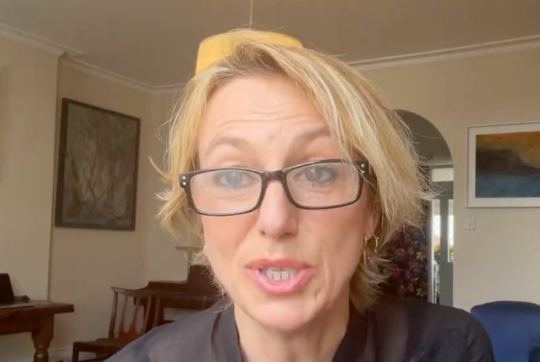 Lynn told him to ‘close his eyes’ while he dances (Picture: BBC)

Tom couldn’t quite believe it, asking asked the pair: Where did you get that from?! Jeez!

He went on to credit Lynn as ‘one of the reasons’ he’s been able to get to where he is in his career.

The British actor added: ‘She sent me to my first Billy Elliot audition, so if it wasn’t for Lynn… where did you get that?!’

It’s just The One Show, you know, Tom. We can do things,’ host Alex teased.

That’s amazing, thank you guys, I appreciate that!’ Before admitting he would have to get a new, slightly bigger, pair of tap shoes this time around.

Tom will feature in movie Unchartered alongside Mark and Antonio Banderas, which comes to cinemas on February 11 in the UK.

I’m a hairdresser, if your hair is always greasy it probably has build up