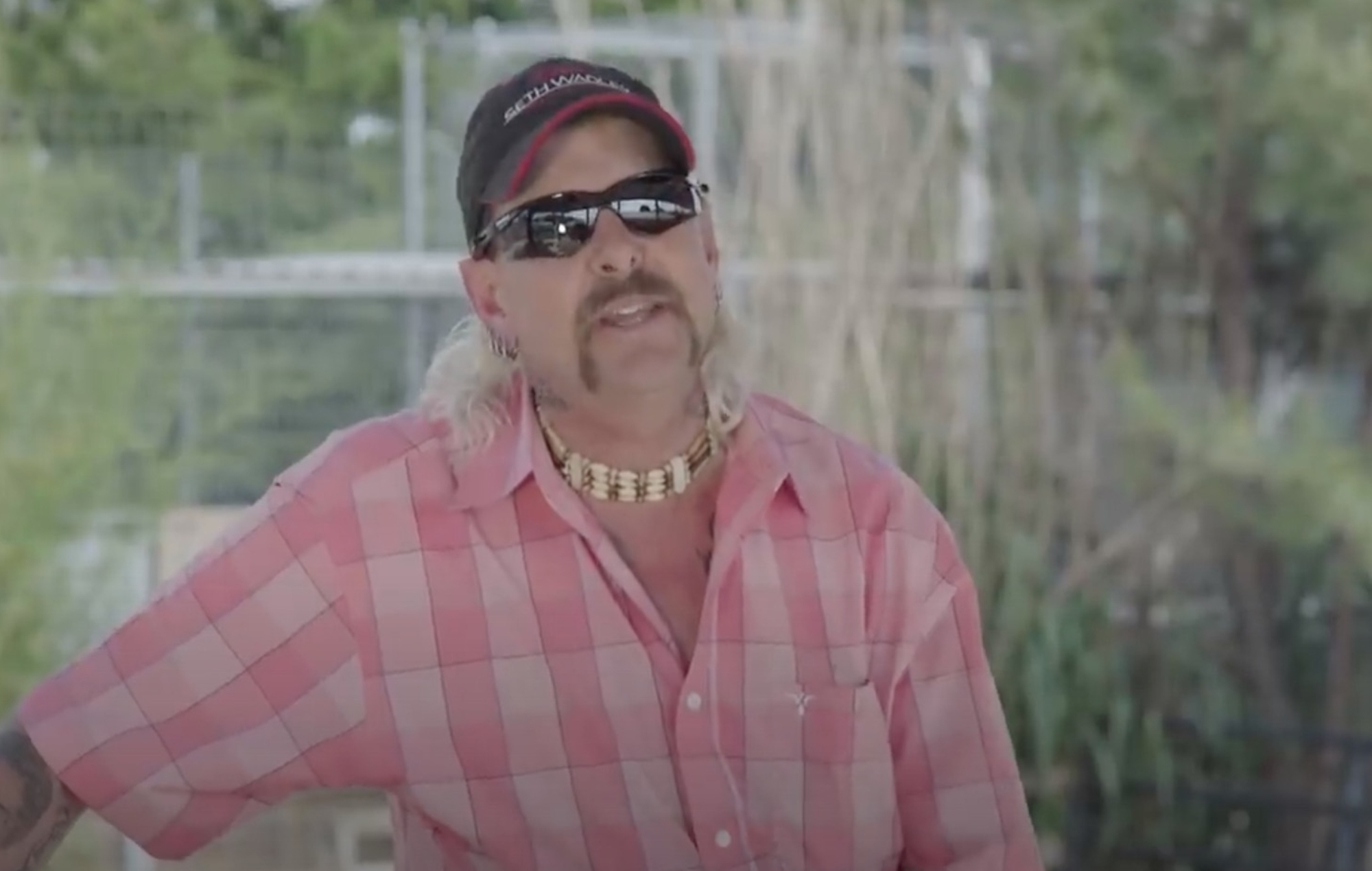 After teasing an upcoming announcement earlier this week – “the cat will be out of the bag,” he said – full details of the new book have now been revealed.

Tiger King: The Official Tell-All Memoir is set to be published by Simon & Schuster imprint Gallery Books in November.

A description of the book on the publisher’s website reads: “In this no-holds-barred memoir, Joe pulls back the curtain on the man behind the headlines. From a tragic childhood riddled with abuse to his dangerous feuds with big cat rivals and beyond, nothing is off the table.

“A memoir unlike any other, it proves that they can cage the Tiger King, but they can’t silence his roar.”

In a new interview with E! News, Exotic promised “a truth-tell book…. Everybody that’s ever done anything good, it’s going to be in there and anybody that’s got bones in your closet, you better look out.”

Of the events broadcast in Tiger King, he added that viewers thought “it was all about fame and it was all about money and that’s the furthest from the truth. The only reason I even got into doing the television show at the park, and into doing all the crazy [shit] I did, was to try to keep my staff and my animals safe.

“I had to act like a crazy bastard to keep people out of the zoo. I’m going to explain all of that.”

Exotic is currently serving a 22-year prison sentence for animal abuse charges and a murder-for-hire plot against his rival Carole Baskin, who, it was recently revealed, is planning a documentary series of her own.

Exotic had been hopeful of a presidential pardon from former US president Donald Trump that would see him released from prison. In January, the former zoo owner failed to secure such a pardon from the outgoing US president – however, he retains faith in incumbent Joe Biden.

It was reported that Exotic and his team were so confident of his release at the hands of Trump that they had a “limousine fuelled up” outside jail ahead of the pardon verdict.