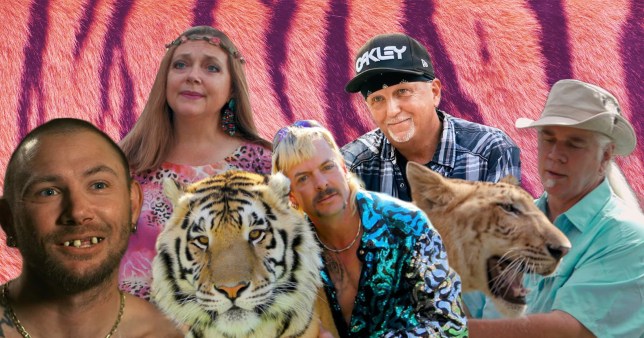 Tiger King was released one year ago today (Picture: Netflix)

Today marks the one-year anniversary since Tiger King: Murder, Mayhem and Madness came into our lives and changed it forever.

The Netflix documentary became an instant hit as the world went into lockdown and quickly broke streaming records as the globe couldn’t take their eyes of Joe Exotic, his rivalry with Carole Baskin, and everything in-between.

From Exotic’s music videos to his presidential campaign, to Carole’s murder conspiracy, the series had it all.

But what have the stand out stars been up to since Tiger King gripped the globe?

Joe Exotic was imprisoned before the Netflix saga was released last year and so it should come as no surprise that he hasn’t even seen the series.

The former zookeeper is currently serving a 22-year sentence for animal abuse and a murder for hire plot at Federal Medical Centre (FMC) in Texas. 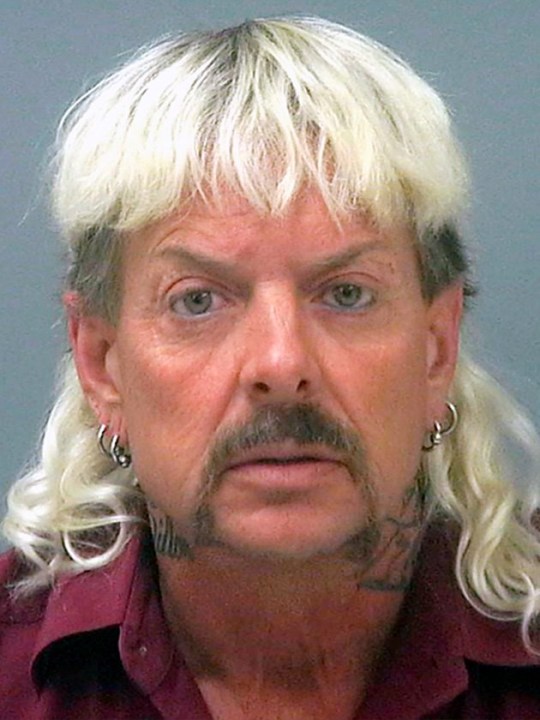 Exotic was put in solitary confinement for four months during the first half of the coronavirus pandemic and now his lawyer is fearing for his health and claims that he’s being denied medical treatment.

His team desperately attempted to get him pardoned by outgoing president Donald Trump in January and there was even a limo waiting to take him to get his hair cut, however, Exotic didn’t make it onto the list.

Carole Baskin took the internet by storm after the release of Tiger King, thanks to the wild conspiracy that she killed her husband Don Lewis and fed him to the tigers – an allegation she strongly denies.

The Big Cat Rescue founder went viral again in July after being savagely tricked into sending a birthday message to paedophile Rolf Harris and Jimmy Savile, which left her feeling ‘horrible’.

Following the Cameo drama, she competed in Dancing With The Stars alongside the likes of Catfish host Nev Schulman and rapper Nelly, and performed her first routine to Eye Of The Tiger. An iconic move if we ever did see one.

During the opening episode, the family of Carole’s ex-husband aired an advertisement appealing for information on his disappearance. 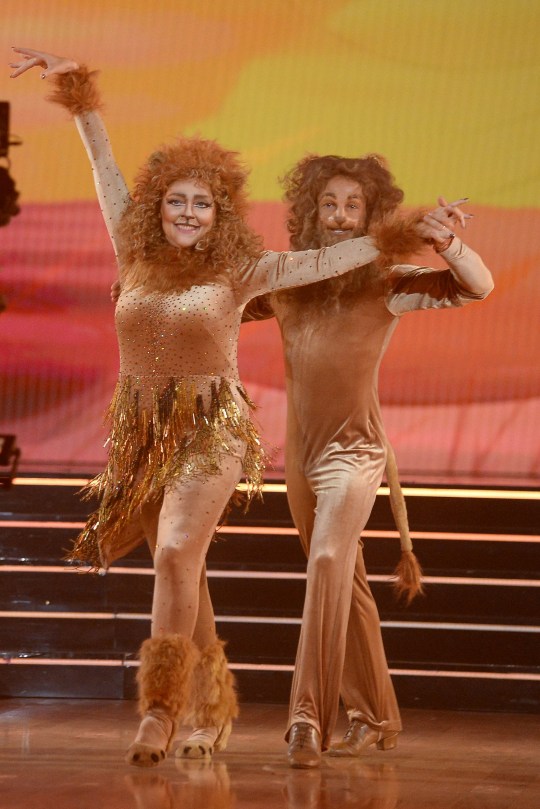 Carole competed on Dancing With The Stars (Picture: Getty)

However, the animal activist didn’t last long in the competition and was the second celebrity voted off, behind former NBA star Charles Oakley.

Carole recently told Metro.co.uk that she’s considering not reopening her sanctuary Big Cat Rescue to the public again over fears a maniac will try and poison one of the tigers.

Exotic’s husband Dillon Passage has been enjoying fame since the release of Tiger King and even struck up an unlikely friendship with the Too Hot To Handle cast.

Earlier this month, the person running Exotic’s Twitter account accused Dillon of using him for ‘fame and money’ and not answering his calls.

He wrote: ‘Money destroyed my entire family. I won’t allow it to kill my soul. You win, Dillon, Jeff Duncan, Carole.

‘Come March 22nd for Travis’s Birthday I am going to keep his promise I made the day he died. I don’t need the fame, the money or the bulls**t, you can have it all.

‘It’s pretty sad to be in prison and still mean f**king nothing that ya can’t even answer a phone. I see where I stand.’

Dillon defended himself on social media in a lengthy post.

‘Joe is obviously having a difficult time in prison and I don’t think any of us can fault him for that,’ he wrote. ‘I’ve never spoken poorly of Joe, through the ups and the downs and through his good and his bad.

‘I see through all of this and recognize and realize it for what it is; a man in prison just trying to do his best.

‘The presidential pardon we were all waiting for never came and our hopes were dashed. I remain in support of Joe and want to be there for him.’

Myrtle Beach Safari owner Doc Antle slammed Netflix for how they portrayed him after Tiger King came out.

Since then, he was indicted on wildlife trafficking charges by the Virginia attorney general’s animal law unit in October.

The unit had been conducting a months-long investigation on the owner of South Carolina’s Myrtle Beach Safari and announced the charges in a statement.

Jeff Lowe ended up taking over Exotic’s zoo in 2016, but sadly it shut for good in August when Jeff forfeited his licence.

The closure came two months after Jeff was given 120 days to vacate the property, after a court ruling awarded Exotic’s rival Carole the zoo.

In January, he was accused by the US government of cruelty to animals with the Department of Justice alleging ‘recurring inhumane treatment and improper handling’ of tigers and lions.

Although he didn’t comment, he had previously accused the government of making ‘false accusations’ about him.

After telling Joel McHale that he doesn’t believe Exotic will leave prison alive in the Tiger King special, TV producer Rick Kirkham has slipped under the radar.

He made a number of accusations about life at GW Zoo immediately after the release of the Netflix series, including how Exotic ‘shot at him three times’.

When asked if there were times he was scared, Rick told Metro.co.uk: ‘Oh, several times. It wasn’t just with Joe. There was one time… The first time he shot at me, I had no idea, I just heard this loud pop and it scared the hell out of me. 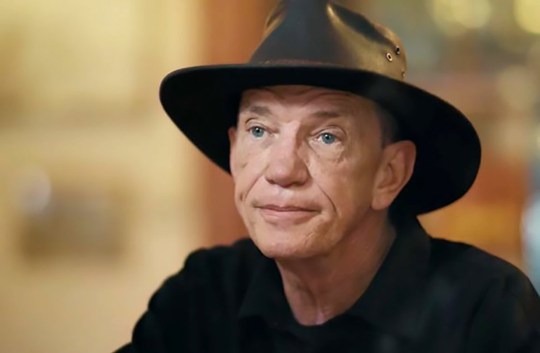 Rick Kirkham has slipped under the radar (Picture: Netflix)

‘I turned around, and his gun was still smoking. He shot at my feet and he’s just laughing his ass off. “Scared the hell out of you, ha ha ha, next time I’ll get you between the eyes. Don’t mess with me.”

‘I watched him shoot several animals just because he was p***ed off. He had 12 acres on that park that he was God.’

Since the series, zookeeper Saff Saffery has been keeping a relatively low profile, explaining that he’s been ‘picking himself back up’ following the 10 years he spent working with Joe Exotic.

Saff told Metro.co.uk last August that he regrets that he didn’t help prevent a lot of things.

‘I participated in the cub petting,’ he said. ‘Sh*t, I was one of the main handlers that did the cub interactions and, looking at that now, I don’t know if I ever genuinely considered what effects there would be on that cub.’

Saff went on to say: ‘[I thought] I was sharing that world…and educating people on what I do and why I do it.’

He added: ‘Like I said, I was selfish. All I wanted was to be able to work with these animals.’

Saff is loved up and living with his partner and their children.

Exotic’s ex-partner John Finlay underwent an epic transformation after Tiger King by getting a new set of teeth.

He’s kept a relatively low profile since appearing on the show, however has kept his fans updated on Instagram, revealing he underwent surgery on his shoulder in June.

John is also loved up and is living life to the fullest.

‘I’m in love with my amazing fiancé, have beautiful doggos, horses, and chickens, and amazingly supporting friends and family who love me for me,’ he wrote in a recent post.

‘It has taken me a long time for me to realize that I deserve love but more importantly that I LOVE ME too.’