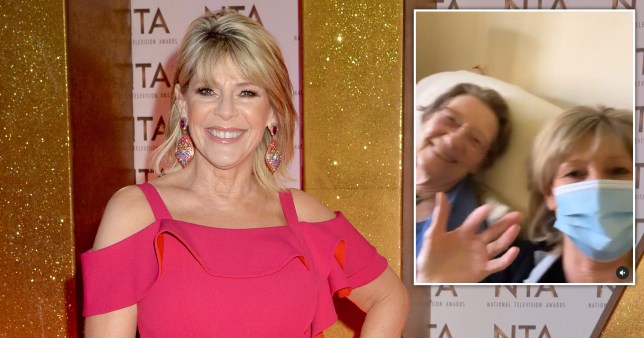 This Morning’s Ruth Langsford paid her mother Joan Langsford a visit in a care home, bringing along her dog Maggie to see ‘Grandma’.

Last November, Ruth, 61, expressed her heartbreak over not being able to see her mother, Joan, during lockdown, speaking about what it has been like seeing her through a window at the care home.

A few months later, the Loose Women panelist struggled to hold back the tears as she talked on the ITV show about the difficulty of being separated from loved ones, stating: ‘I think people really need to see their loved ones and to touch them and to hold them.’

Finally in March this year, Ruth was able to finally see her mother face-to-face in the care home after a significant amount of time apart.

In a recent video shared on her Instagram account, the TV presenter gave her 1m followers an insight on the fun she had with her mum during today’s visit, posting a Boomerang of Joan waving at the camera.

‘Happy Saturday from me & Mum! So good to be able to spend time with her…despite all the PPE! #mum #visit #saturday,’ Ruth wrote in the caption.

In her Instagram Stories, Ruth also shared a couple of videos of her mother spending time with her rescue dog Maggie, with Joan grinning gleefully as she fed the dog treats on the couch.

Several of Ruth’s Instagram followers expressed their joy over seeing her spending some quality time with her mum. 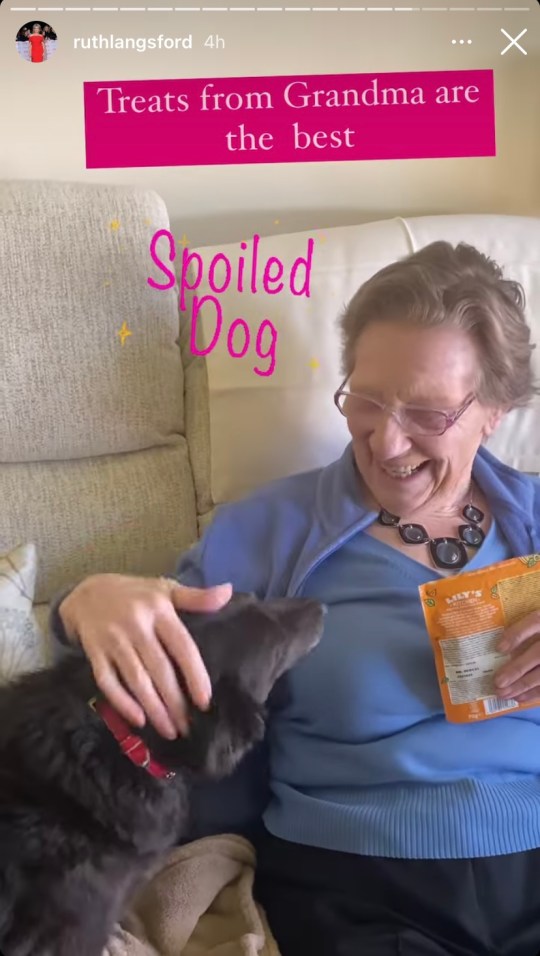 ‘Such a treasure. Sharing memories, stories, chat. Treasure it. I would give the world and a bit to listen to my Mum chatting to me and telling me things she’d told me a hundred million times!’ one person said.

‘Ah you are so lucky Ruth,’ another wrote.

Last week, Ruth presented This Morning alongside Eamonn Holmes during the Easter holidays.

Friday’s programme was cut short when it was announced that Prince Philip, the Duke of Edinburgh had died at the age of 99.

Ruth paid homage to the Queen during Prince Philip’s funeral on Saturday, sharing a picture of the monarch at the service with the caption: ‘My heart is breaking for her. RIP Prince Philip.’