It’s Alison Hammond’s birthday – and the This Morning queen is absolutely celebrating in style.

The presenter, who declared that she’s ‘turning 25 again’ was treated to a billboard of herself in Birmingham, and she was thrilled.

The morning show began with the set being covered in balloons, and a blast of confetti being thrown over Alison and her co-star Dermot O’Leary.

Dermot also unveiled Alison’s billboard, which is projected above New Street station in Birmingham, her hometown, right next to the Bull Ring shopping centre.

‘Oh stop it!’ Alison squealed as the billboard was unveiled. ‘Oh my god!

‘I wish I was there! I wish there were shoppers out – no one can see it!’ 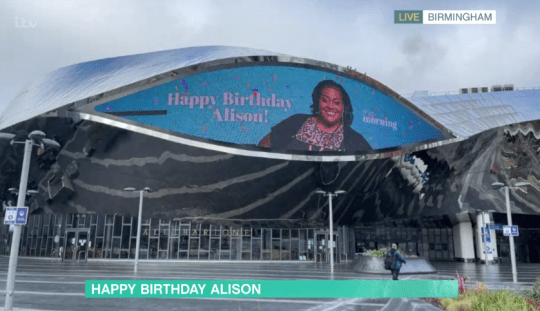 The This Morning gang celebrated Alison in a big way (Picture: ITV)

The star, now 46, also took a moment to wish her son Aiden a happy birthday, as he is turning 16 on the same day.

‘Happy birthday my darling, have a lovely day,’ she told him. ‘I’ll be home soon.’

Alison and Dermot took over from Eamonn Holmes and Ruth Langsford on their Friday this morning slot earlier this year. 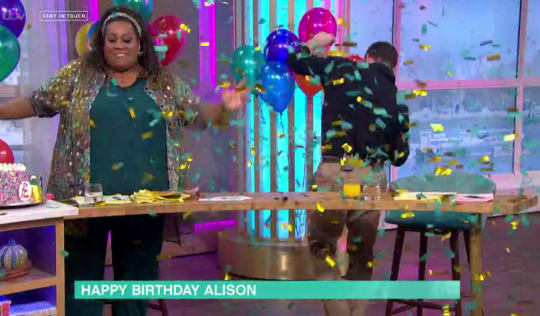 They’ve made a huge impression since starting on the show, with it recently being reported that they’re ahead in the ratings battle.

New figures show the pair are attracting more viewers than their predecessors Eamonn and Ruth.

Alison and Dermot’s first show in January saw 1.41million people tune in, which is 200,000 more than watched Eamonn and Ruth’s final episode on December 18.

As The Sun reports, Eamonn and Ruth did, however, manage to achieve a bigger audience share, with 23% to Alison and Dermot’s 21%.

Two exoplanet families redefine what planetary systems can look like