This Is Us fans have been warned that they may need a day off work to recover from upcoming episodes – after Mandy Moore confessed that she ‘threw up’ after reading the script.

We’re nearing the end of the emotional drama, which began in 2016, and the finale of season six is scheduled to air on May 24.

Viewers of the beloved series, which also stars Sterling K Brown, Justin Hartley, Chrissy Metz and Milo Ventimiglia, are used to being put through the emotional wringer thanks to the heartfelt writing, but it turns out that bosses are saving the biggest tear-jerking, twist-filled moments for last.

During an appearance on The Tonight Show starring Jimmy Fallon, Mandy – who plays matriarch Rebecca – revealed her instant reaction to the plot.

‘I will tell you that the penultimate episode, which airs in a week, I threw up after I read it,’ she told the host.

‘Maybe that’s just because it’s really close to the bone for me. This has been my life for the last six years…


Mandy Moore threw up after reading the scripts (Picture: FilmMagic) 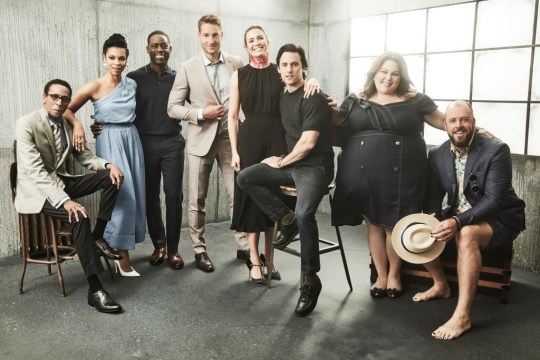 We are absolutely not ready to say goodbye to the This Is Us gang (Picture: Getty)

‘I simultaneously have to say goodbye to the character, to my family and friends on set, and this character is also coincidentally saying goodbye as well, so there’s a lot wrapped up in it.

‘But I still think that you might need a day off from work.’

Something tells us we may need several…

However, it’s not all bad as Mandy promised the final episode is a touch more light-hearted. 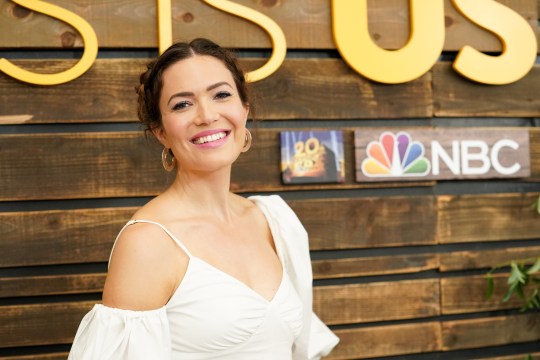 Mandy insisted the finale episode is ‘like a hug’ (Picture: Getty)

‘The finale is a bit more of a hug,’ she added. ‘I think there’s a little bit more levity.

‘The second-to-last destroyed me. I have a feeling it might destroy people, too.’

The last episode will be landing on the small screen later this month – but creator Dan Fogelman previously suggested that we could be getting a reunion on our hands at some point soon.

During a Zoom panel for NBC, he was questioned on plans to reunite the families at some point in the future, and didn’t exactly say no.

‘I say no to nothing,’ he said, jokingly. ‘I’m very aware that a midlife crisis is right around the corner for me, and that whatever I do next, I’m going to hate in comparison to the show and these actors, so I say no to nothing.

‘When I want to do something for This Is Us with these guys, I suspect they’ll all be very busy and winning awards and Emmys and Oscars and all this stuff.

‘If we could figure out a movie down the road, I’d love to get back together with these guys and do it. I don’t know what that would be. By the end of this season, I think we’ll have told the complete story, so, I’m not sure.

‘If you’re doing the movie of, like, what would happen if Jack survived the fire or something, but I don’t know…’

In the meantime, we’ll be stocking up on tissues and ice cream for the finale…