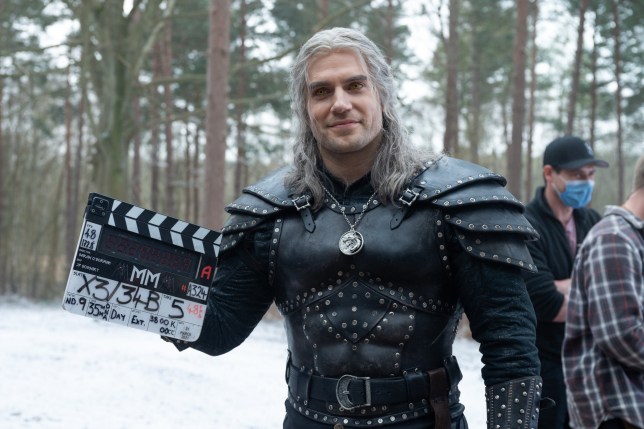 The Witcher has finished filming season two (Picture: The Witcher/Twitter)

Season two of The Witcher has officially finished filming, and we can barely contain our excitement.

The hit Netflix series – which is based on the book series of the same name – took a while to shoot the forthcoming set of episodes as a result of the Covid-19 pandemic and lead star Henry Cavill’s injury, but it is finally done after a year.

The exciting news was confirmed by The Witcher’s official Twitter account, as they shared a snap of Henry, 37, all dressed up as his character Geralt of Rivia, as he held onto a clapperboard.

‘That’s a wrap on Season 2!’ they wrote. ‘The White Wolf awaits you back on The Continent.’

A hair and make-up specialist on set had also previously shared the news, as she uploaded an Instagram Story showing a pretty empty corkboard with some pins stuck into it.

‘We are Wrapped on Witcher 2!! Only a takeaway menu left on the board,’ she said.

She later added in a follow-up post: ‘Actually that’s a lie. Tomorrow [April 1] is official wrap but WE ARE DONE.’ 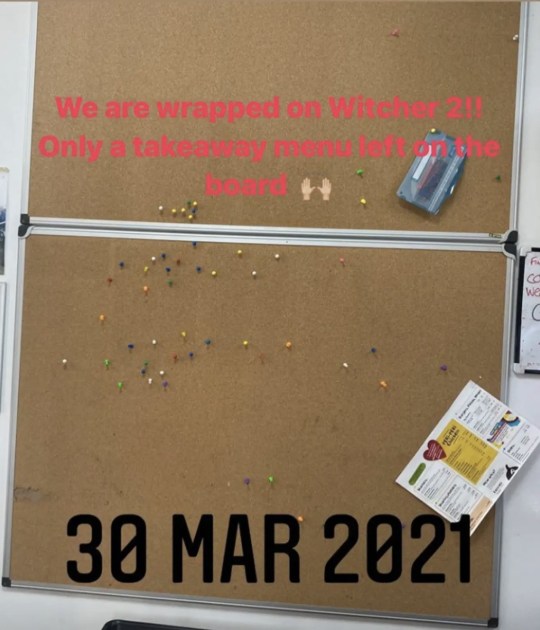 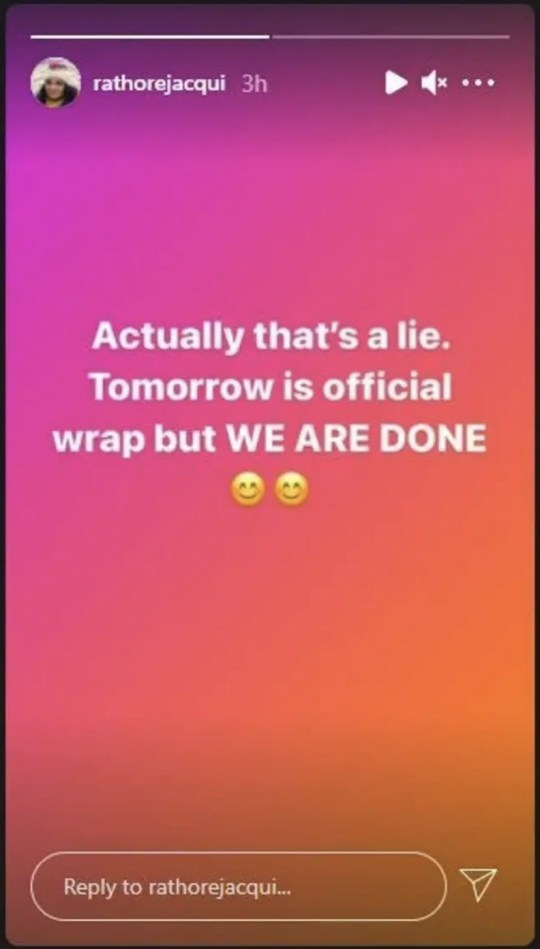 Filming took a while longer due to the pandemic (Picture: Instagram)

But the all important questions that are on a lot of viewer’s minds, are when will season two be hitting Netflix and who are the cast members?

When is The Witcher season two coming out in the UK? 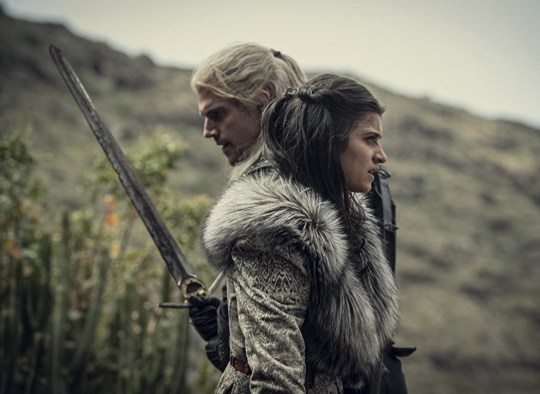 Season two’s release has yet to be announced (Picture: Netflix)

So far, The Witcher is expected to return to Netflix in 2021, but an official release date for the next season has yet to be announced.

However, with filming only recently concluded, we wouldn’t be surprised if it wasn’t until much later in the year that we will get to see the show again.

It is also anticipated the new episodes will be released simultaneously worldwide, like most Netflix Originals.

What will The Witcher season two be about? 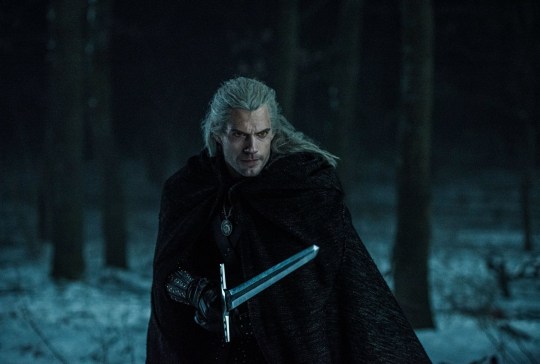 While season one was an adaption of Sword Of Destiny, the second instalment will focus on the first official book in The Witcher’s main saga: Blood Of Elves.

We will also get to see some backstory about Geralt and how he ended up becoming the titular witcher.

Previously speaking to Business Insider, showrunner Lauren S Hissrich said: ‘You’ll learn a lot more about Geralt. You’ll get to know where he came from and why he is the person he is in season one.

Princess Ciri (Freya Allen) is also said to be ‘not looking backwards anymore or looking back at her family in Cintra anymore’, after she finally met Geralt in the season one finale.

And last December, a page from the season two script was shared by Netflix on Twitter, hinting at the arrival of a new scary – but hungry – monster.

Who will be in The Witcher and is Yennefer in season two? 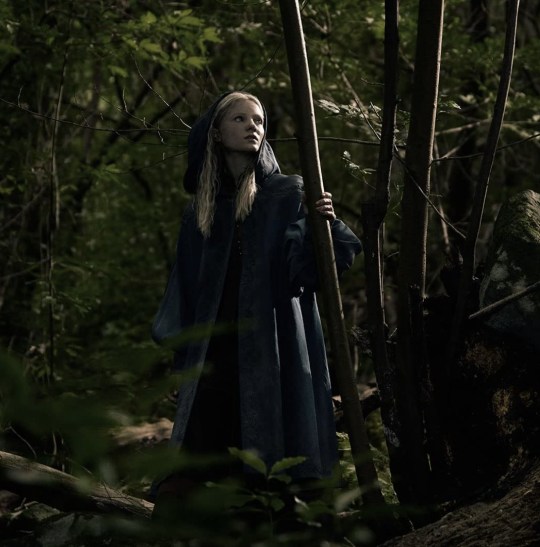 Most of the cast members will be returning, including Freya Allen as Princess Ciri (Picture: Netflix)

So far, the majority of cast members from the previous season are expected to return, including Henry Cavill, Freya Allen, Joey Batey (Jaskier) and Anna Shaffer (Triss Merigold).

The fate of Yennefer of Vengerberg (Anya Chalotra) was unknown after she was caught up in the Battle of Sodden in season one, and appeared to die on on-screen.

However, it was confirmed that Anya was returning for the next instalment, and some fans have speculated that her character is still alive, and just made herself disappear during her final moments. 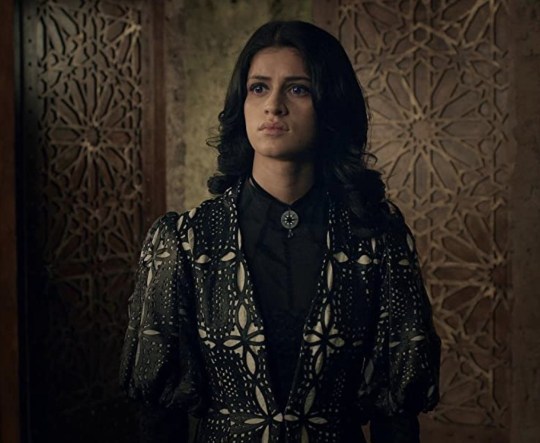 Yennefer of Vengerberg (played by Anya Chalotra) will also be returning for season two, despite seemingly ‘dying’ in season one (Picture: Netflix)

Lauren had previously spoken to fans who were worried that the character was in fact dead and unable to return for future episodes.

She explained during a Reddit Q&A: ‘We tried to always keep a “cost” to magic so that is couldn’t ever be an easy solution to a problem or circumstance.

‘In terms of Sodden, Nilfgaard’s use of fire magic – creating fire from nothing, literally from the chaos in their bodies – was meant to be the ultimate sacrifice for their kingdom. Like Fringilla’s shrivelled [sic] hand to the millionth degree.’

The TV exec continued: ‘Yennefer, on the other hand, transfers the fire from the elven keep to her body; she isn’t creating it, just harnessing it. But it weakens her enough to allow for her disappearance.’

Can you watch The Witcher season two trailer?

While no official trailer for season two has been released, a teaser clip was previously unveiled by Netflix last November.

In the video, we get a glimpse of the beasts that Geralt is set to face.

At the 15 second mark, we see a strange new monster, made up of human body parts and what resembles clusters of grass and leaves.

We see it slinking in the dark, complete with crawling legs and a detached human eye.

And at the 31 second mark, we also see a ghoulish monster made up of three skeletons, covered in jewellery.

Season one of The Witcher is available to stream on Netflix.