The Walking Dead: Norman Reedus back to work following injury

Norman Reedus, best known for his role as Daryl Dixon on The Walking Dead, has confirmed he will be back to work this week, following a serious head injury.

The 53-year-old actor suffered a concussion last Wednesday, but it wasn’t clear what he was filming at the time of his ordeal, as it’s possible he could have been working on the final season of apocalyptic horror or the Daryl & Carol spin-off with his co-star Melissa McBride.

However, the star updated his concerned fans on Instagram and revealed he was on the mend, and apologised for missing the Fandemic Tour.

He wrote: ‘Thank u for the nice thoughts it’s been a week. or two. I was in an accident. but getting better getting cleared and gonna be back at work Tuesday they tell me.

‘And sorry bout Atlanta event I was looking forward to it. Most of all thank you for the eye in the dark messages I really loved that little cat.’

The event organisers added that if attendees purchased products related to Norman’s appearance, they would receive ‘instructions on how to swap or refund options to the email used to purchase’. 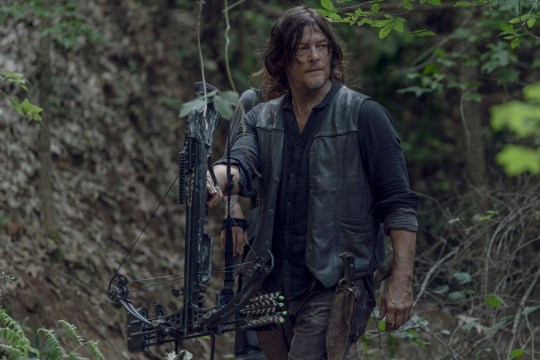 Norma confirmed he’ll be back to work this week (Picture: AMC) 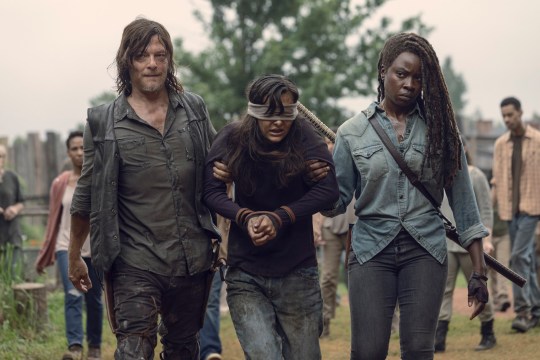 Daryl Dixon will be getting his own spin-off series (Picture: AMC)

Several fans were overjoyed with Norman’s progress, with one commenting on Instagram: ‘All that matters is that you’re okay! I’m so happy you’re getting better.’

Another added: ‘Thank you for letting us know, I was soooo worried about you😭🙏 Please rest yourself until you go back to work 🙏🙏🙏.’

Norman, who shares a daughter with German actress Diane Kruger, will also be reprising his role for a spin-off series, following his character and Carol Peletier (Melissa), and is set to hit our screens next year.