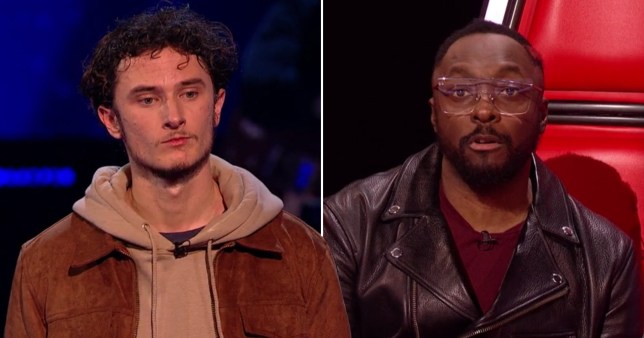 will.i.am chose not to put Benjamin through to the semi-final (Picture: ITV)

Fans of The Voice have been left disappointed after coach will.i.am chose not to put teammate Benjamin Haycock through to the semi-final.

Tonight was the first battle phase in the ITV singing competition, and the stakes were high, with all of the singers giving it their all as they fought for a place in the next round.

For each battle, the coaches – will.i.am, Sir Tom Jones, Olly Murs and Anne-Marie – all pitted two of their teammates up against each other to sing the same song, and later decided the winner, who would return for the semi-final.

In tonight’s episode, one of the battle rounds saw two of will.i.am’s teammates, Benjamin and Broken Pen, compete by singing The Script song Hall Of Fame, which also featured vocals from the Black Eyed Peas rapper.

Both were fantastic during the performance, as they sang their hearts out and also provided their own rap lyrics.

However, when it came to deciding the winner of the battle and who would make it further in the competition, will.i.am opted for Broken Pen – although he did admit it was a ‘difficult’ decision. 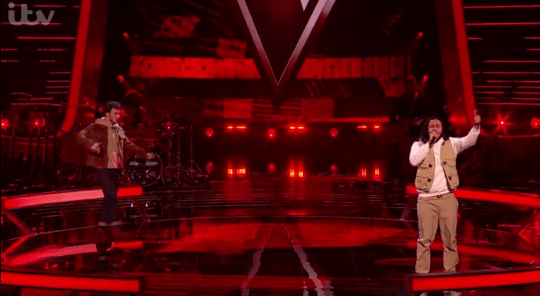 Benjamin and Broken Pen both duetted on The Script and will.i.am song Hall Of Fame (Picture: ITV)

He said: ‘So this is really difficult for me, and the reason why it’s difficult is because I’m a fan of you guys both, like damn.’

Benjamin still had one more shot to make it through to the semi final through the ‘steal’ process, with both Olly and Anne-Marie left to use theirs, which would have allowed them to add him to their own team and keep him in the competition.

However, neither coach opted to use it, which therefore meant Benjamin had to go home. 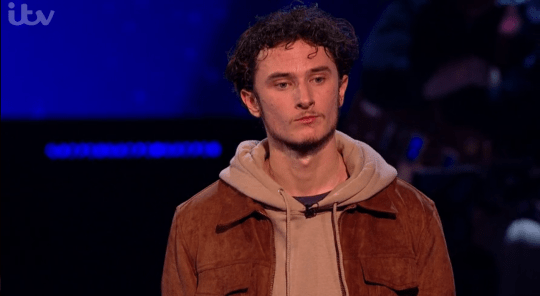 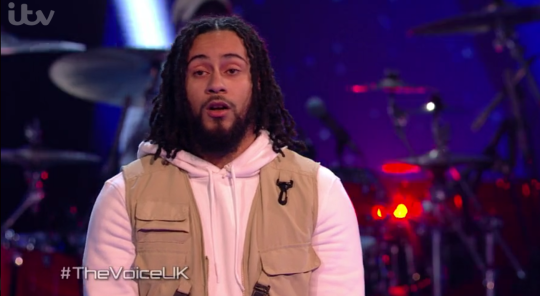 Broken Pen made it to the next round (Picture: ITV)

Viewers later took to Twitter to express their frustration that he had not won the battle, with many also criticising the fact that Olly and Anne-Marie did not opt to ‘steal’ him.

One tweeted: ‘100% the wrong decision there from Will, Benjamin was so much more versatile not to mention the fact he writes his own songs??’

100% the wrong decision there from Will, Benjamin was so much more versatile not to mention the fact he writes his own songs ?? #thevoiceuk

Benjamin got a 4 chair turn originally but then nobody wanted to steal? #thevoiceuk

Another stunningly awful decision on The Voice. One person who writes his own songs goes home versus one person who hasn’t sung one note, sorry only “sung” one note. Get a grip Will. #thevoiceuk

Another echoed similar thoughts: ‘Benjamin got a 4 chair turn originally but then nobody wanted to steal?’

‘#thevoiceuk that’s it I’m done,’ another fan angrily wrote. ‘You just let the best singer @BenjaminHaycock in the competition go.

‘So annoyed I’ve changed the channel.’

Next week, the battle phase continues, with another set of contestants fighting it out to keep their place in the show.

Due to the ongoing pandemic, this year’s series has been cut short – with the two upcoming semi final episodes replacing the knockout phase, where each coach will pick two finalists.

The Voice UK continues next Saturday at 8:30pm on ITV.