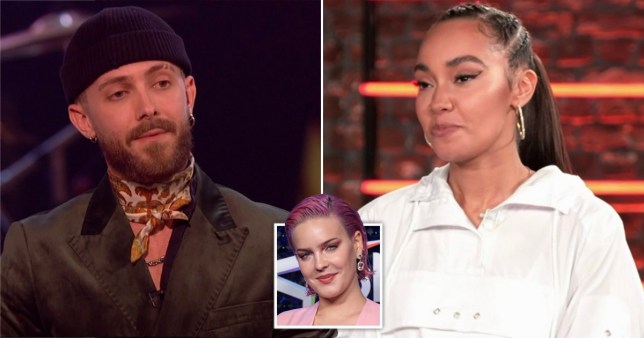 Little Mix’s Leigh-Anne Pinnock was on top form on The Voice UK semi-final as she reunited with her former backing dancer.

Contestant Sweeney blew the judges away at his blind audition, before Anne-Marie realised he was one of her old backing dancers.

She ended up choosing him for her team, with the star bringing on the Little Mix singer to help her mentor her three semi-finalists this week.

Coincidentally, Leigh-Anne revealed that Sweeney has also danced for the girl group, in the music video for their song Touch – and she had a bone to pick with him after he said that Anne-Marie had been his favourite star to dance for.

Cutting straight to the chase, she told him: ‘You said Anne-Marie is the best person you’ve ever danced for,’ before playfully asking: ‘What about us?!’

With Anne-Marie and Leigh-Anne both sat in front of him, poor Sweeney was a little lost for words, as he pointed out he ‘couldn’t win.’ 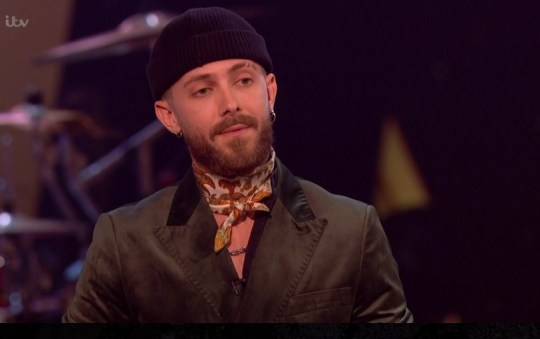 Sweeney used to be a backing dancer to the stars (Picture: ITV)

Let’s just say they’re both your favourites and leave it at that, right Sweeney?

The pair were both incredibly proud of him, with Leigh remembering that he had told her about his dream to become a singer when he performed for the Touch video four years ago.

Unfortunately, Sweeney, who gave a stunning performance of Justin Bieber’s Cry Me A River, didn’t make it through, with the 2002 hitmaker having to make a painfully difficult decision between him and two other incredible contestants.

Ultimately, she decided to put Leona Jorgensen through, after her gorgeous rendition of Justin Bieber’s Holy.

While all of the judges are rooting for their acts to win, Olly is convinced he’s got it in the bag again.

In fact, he recently hinted that he’ll ‘do something crazy’ if he wins The Voice UK for a third year running.

The Voice returns Saturday at 8:30pm on ITV.