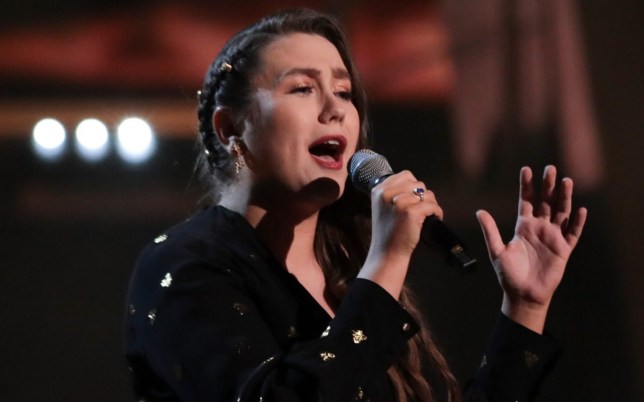 The Voice UK contestant Grace Holden narrowly missed out to winner Craig Eddie in Saturday’s final – and plenty of fans weren’t happy about it.

Craig was crowned champion in gripping scenes after topping the public vote, but there were plenty of fans who were ‘shocked’ to see the win go his way.

While many congratulated Craig’s achievement, some were distraught with the result – with one claiming Grace was ‘a million times better’ than the winner.

Host Emma Willis introduced the singers for the final time on the series earlier in the show, with Grace beginning proceedings by performing Grace by singing Lewis Capaldi’s Before You Go.

Grace then took to the stage with Olly Murs to sing Take That’s Rule the World, enjoying a duet the judge for the first time in the series.

After making the final two, Grace then performed Dream Catch Me by Newton Faulkner, before Craig sang his own song Come Waste My Time.

Grace made a big impression and fans took to Twitter to voice their displeasure after the result on social media.

‘I’m shocked [at] the public’s decision. Grace was a million times better than Craig,’ one wrote.

‘Going to stop watching this programme – how can Craig win over Grace – he couldn’t even hold the duet with Anne Marie let alone sing on his own!’ another added.

Grace should be proud of herself. She has an amazing voice and a bright future. She has been absolutely amazing.ð congratulations Craig ð #thevoiceuk

Going to stop watching this programme – how can Craig win over Grace – he couldnât even hold the duet with Anne Marie let alone sing on his own! #thevoiceuk

Congrats to Craig. Grace was my winner personally, Craig’s voice and style of music isn’t really my cup of tea, but I appreciate his talent. ðð #TheVoiceUK

Grace is incredible. My winner for sure â¤ï¸ #ThevoiceUk

Grace said she had ‘the best time’ on the show after missing out on the top spot.

‘Thank you Anne-Marie for believing in me and taking me to this point.’

The Voice UK is available to watch on ITV Hub.

MPs say criminalising protest under lockdown rules is ‘not acceptable’

Why are lockdown restrictions still tough, even though we have a Covid vaccine?