The View panel shared their shock over the bombshell revelations Prince Harry and Meghan Markle made about life as royals in their tell-all chat with Oprah Winfrey.

In the explosive interview, which aired in the US on Sunday, the Duchess of Sussex revealed a member of the royal family had raised ‘concerns’ about how dark the skn her son with Prince Harry, Archie, would be.

As UK viewers wait to watch the interview tonight on ITV, American TV personalities including panelist Sara Hines revealed their thoughts about the couple’s claim.

Sara stated: ‘I can’t imagine being a person of color and hearing such blatant racism, because implicit bias and stereotypes and prejudice is not shocking in a very white — only white and royal family.

‘But to hear that was just so disturbing, disgusting, and wrong on every level.’

She continued: ‘[The Queen and Prince Philip’s] grandson happened to fall in love with someone that he really loved and here was a woman that was more representative of the way the world looks but specifically the Commonwealth. 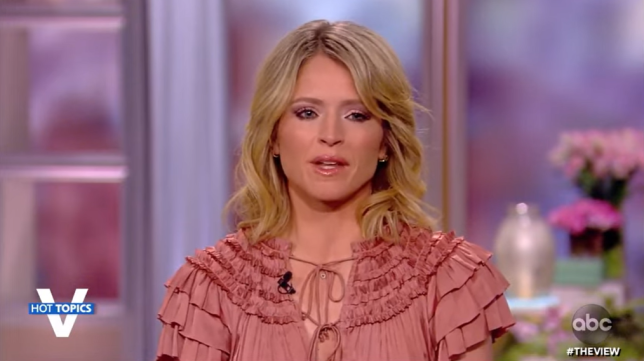 ‘Here was someone who owned this role, who lit up, is clearly cause-driven, that was ready to commit herself.’

Her co-host Sunny Hostin stated: ‘I don’t think that any Black woman or woman of color was surprised at that. 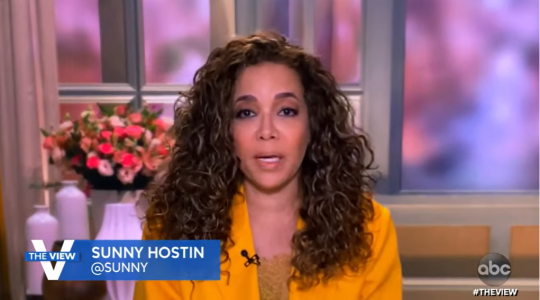 Sunny Hostin admitted she wasn’t shocked to hear about the incident (Picture: ABC)

‘Her experience, unfortunately, is the experience that [Black women] all share and have experienced in this country.’

Elsewhere in the chat, Meghan McCain claimed the British public deserved to know if the comment was said by Prince Charles or Prince William due to the fact both were in line to become the future king of England.

The View panelists felt Prince Harry should have revealed the royal who made the comment (Picture: ABC)

When speaking to Oprah, Megan claimed that while she was pregnant, there were conversations about her son not being given security or a title.

As well as the conservation between Harry and an unnamed member of the family about how dark Archie’s skin might be when he was born.

The former senior royals declined to say which family member made the comment, but Harry did later confirm to Oprah that it wasn’t the Queen or Prince Philip.

The Oprah interview, which originally aired on CBS, will be shown on ITV at 9pm tonight in the UK.