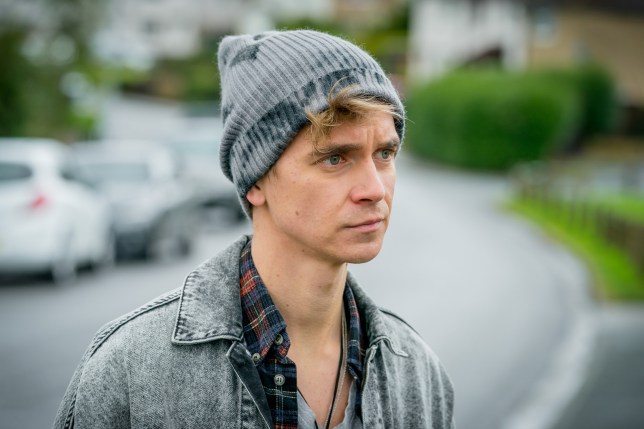 Joe Sugg impressed viewers with his performance in The Syndicate (Picture: BBC/Rollem Productions)

Joe Sugg made his TV acting debut in The Syndicate series 4 tonight and, it’s safe to say, he won fans over with his faux northern accent.

The drama follows staff at Woodvale Kennels who are concerned about their jobs as the business is being bought by a large company.

Staff member Keeley (Katherine Rose Morley) a gambling addict, plays the work lottery and after checking with newsagent Frank (Neil Morrisey), she is over the moon to learn she has won.

Sam makes his arrival in the Yorkshire town soon enough and it didn’t take long for viewers to begin rating his attempt at the northern accent – Joe hails from Wiltshire in real life.

‘Never watched #TheSyndicate before but always wanted to, Joe Sugg’s debut finally got me watching!’ another said. 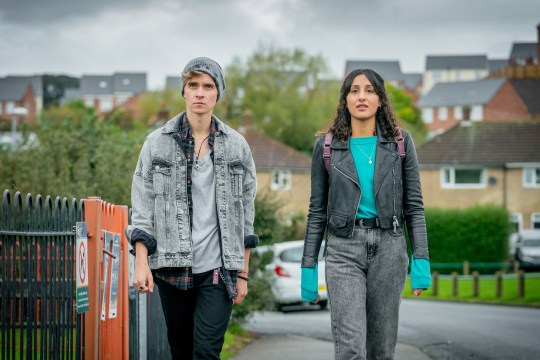 One viewer added: ‘Omg i’m so proud of him it’s so crazy that’s joe sugg woah.’

Heaping praise on Joe’s performance, a happy fan chimed in: ‘Look at @Joe_Sugg absolutely smashing it on.’

‘Never knew that @Joe_Sugg could act!’ another added.

Joe’s stint on The Syndicate could be short-lived as Sam got into hot water with Roxy.

Never watched #TheSyndicate before but always wanted to, Joe Sugg’s debut finally got me watching!

Roxy had been planning on moving into a new flat with the musician but she was furious when he didn’t check in on the viewing she had.

‘I was gigging until 2 in the morning,’ was Sam’s excuse.

However, Roxy pressed: ‘Do you want to move in together and have a baby?’

As she became increasingly unimpressed with his attitude about their future together, Sam asked: ‘ Are you splitting up with me?’

It was at this point that Roxy became distracted by the commotion behind them as her co-workers gradually figured out that they’d won £27m in the lottery as opposed to £100.

‘You’ve let me down too many times Sam,’ she told her boyfriend, adding: ‘I’m sorry Sam, yeah. I am splitting up with you. I think we just won £27m in the lottery!’

The Syndicate airs Tuesdays at 9pm on BBC One.