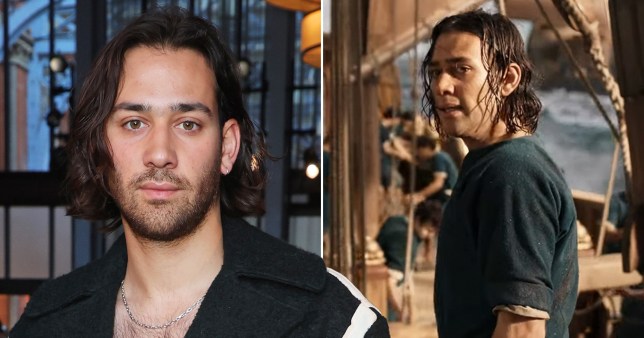 Maxim said he was a big fan of the theories (Picture: Amazon Prime Studios/Getty)

There are many fan theories flying about for The Rings of Power from the identity of Sauron to whether Gandalf might actually be gracing Middle Earth in the Second Age.

The JRR Tolkien adaptation takes place thousands of years before the events of The Lord of the Rings and The Hobbit, but still focuses on the attempt to destroy the ultimate Dark Lord.

In the Amazon Prime series, we see Galadriel (Morfydd Clark) vow to avenge her brother’s death, stopping at no lengths to inch closer to Sauron’s lair, while other creatures of Middle Earth, including harfoots, struggle with their own challenges.

Among those featuring in the most expensive TV show ever made are the humans, including Isildur (Maxim Baldry), the eldest son of Elendil (Lloyd Owen).

While training to become a member of the Sea Guard of Númenor, on board a ship with his friends Valandil (Alex Tarrant) and Ontamo (Anthony Crum), Isildur hears a voice in his head, calling his name.

The beckoning voice causes him to release a rope on the boat, which results in Isildur, along with Valandil and Ontamo, being dismissed from the rigorous training programme.

However, the fantasy drama does not attribute the voice to anyone, with many viewers coming up with theories of their own. 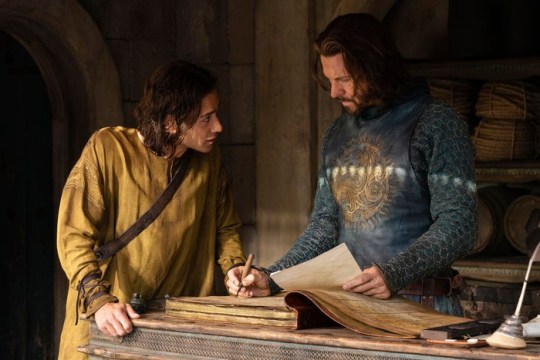 Isildur volunteers to go to war with Elendil and Galadriel (Picture: Courtesy of Prime Video)

Some believe the mysterious voice, which sounds female, could be Isildur’s mother, who we know died before The Rings of Power, although little information is given about her in the series or Tolkien’s works,

Others have suggested it is Maia spirit Uinene, known as The Lady of the Sea, who protects all creatures that live in the sea, or one of the Valar, a group of god-like beings that inhabit Middle Earth.

Speaking to Metro.co.uk, Maxim, while keeping schtum about the true nature of the voice, revealed he enjoyed learning about the fan theories. 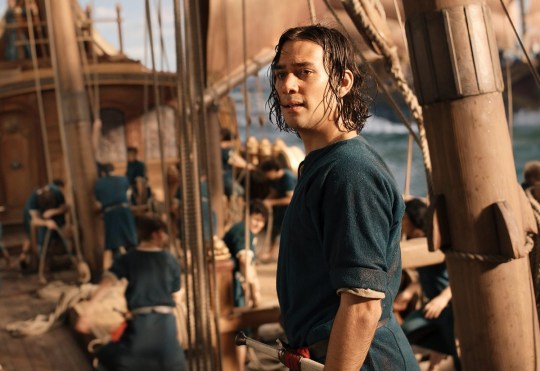 He said: ‘There’s such interest in Isildur because he’s a character that connects the Second and Third Age. I’m just grateful that there’s just discussion around the character because I poured so much of myself into him.

‘I just love the fan theories of who the voice is when whilst he’s on the ship. Is it his mother? Is it destiny? Is it The Ring foreshadowing the ending? I just love the discussion and the conversation that surrounds that.’ 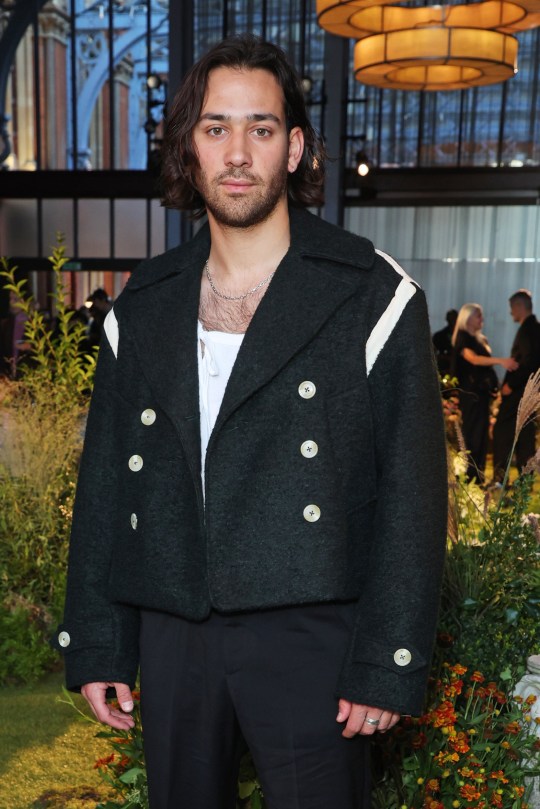 Maxim has been acting since he was a child, first gaining recognition with a part in Mr Bean’s Holiday alongside Rowan Atkinson.

The performer then graduated to Hollyoaks a decade later and played the part of Liam Donovan for a year.

Maxim has also had roles in Doctor Who, Last Christmas and Strike Back: Vendetta.

The Lord of the Rings: The Rings of Power is available on Prime Video