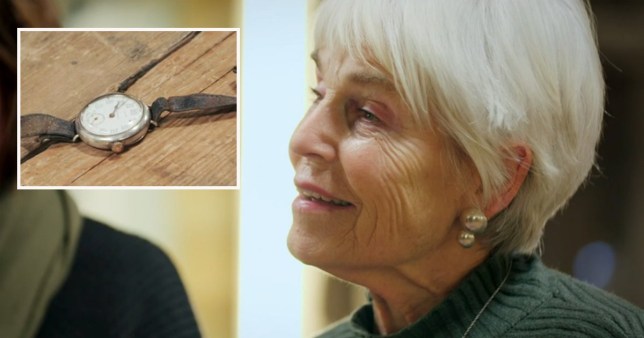 Nancy’s father;s watch made it home against the odds (Picture: BBC)

The Repair Shop viewers were in for an emotional episode on Wednesday after a woman arrived with a watch with a spectacular story.

Nancy Dyer and her daughter Liz visited The Repair Shop to see if they could get an irreplaceable watch, which was owned by Nancy’s father, to be restored.

They told Steve and Suzie Fletcher about the incredible story behind the special timepiece, which found its way back to them against the odds.

The 100-year-old watch had actually been stolen in a burglary in which Nancy ‘lost everything,’ but was most devastated that the priceless family heirloom had been taken.

Miraculously, that wasn’t the end of the story for her father’s watch, as eight years later it was found and returned to her purely by chance.

She explained how she got it back: ‘It was stolen in 2011 and found a month ago under a bush by a dog. 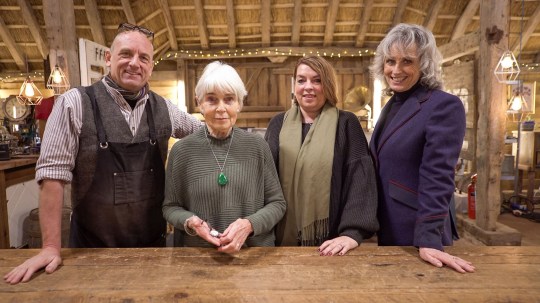 The watch was miraculously found in a bush by a dog eight years after it was stolen (Picture: BBC/Ricochet)

‘We had a break-in, I lost everything. I lost my engagement ring and everything, and the watch which belonged to my father.’

Daughter Liz added: ‘The worst thing they could have taken from us was the watch. He went all the way through the war and he got the Military Medal at the Battle of Passchendaele and he was presented with that watch for gallantry on his return, so to us, he is our hero.’

After realising the watch had been taken, Nancy was distraught, revealing: ‘I couldn’t go back in the house.

‘I sat outside in the car and I cried. “Why did they have to take his watch?” It was quite emotional.’

#TheRepairShop The watch. Iâm in tears. Thatâs a record for me. 10 minutes.

That was absolutely Jack making sure his watch was returned to his family! Absolutely incredible story! #therepairshop

Revealing how it came to be returned, Nancy revealed that a lady had come across it after her dog found it in a bush and came back carrying it in its mouth.

Recognising that the inscription meant it was likely of great sentimental value to someone, and put a notice in a local paper to find the owner.

Viewers were left emotional by the story – and the eventual return of the working watch – and took to Twitter to share their how touched they were.

They tweeted: ‘Don’t mind me, just having my weekly cry over a broken watch and a rusty gate’ and ‘Why am I crying over a watch’.

Others added: ‘Already choked by @TheRepairShop with the lady and the story of that watch,’ ‘I’m excited to see the outcome of the watch. Got my tissues next to me b’cos I’m a cry baby’ and ‘The watch. I’m in tears. That’s a record for me. 10 minutes.’

The Repair Shop airs on BBC One from 8pm on Wednesdays.