The Repair Shop left viewers in tears thanks to the magical restoration of a ‘lucky’ teddy bear from World War II.

Martin Beaver brought in Chiefy to the shop, looking for help in bringing the bear – in a full naval outfit – back to its former glory after being handed down by his grandfather.

Speaking to Jay Blades, and toy restorers Amanda Middleditch and Julie Tatchell, Martin revealed that on top of being a family heirloom, it actually had a poignant resonance from the way.

‘My grandfather served in the Second World War, and was a chief petty officer on the HMS Repulse around sort of the Malaya, doing convoys and things like that,’ he said.

‘He was an under officer and looked after the guys in the ship. His nickname, while he was on the ship, was Chiefy.

‘He was so well liked when he was transferred off of the ship, all the crew got together, and he was made by the tailor that was on the ship as a going away present.’ 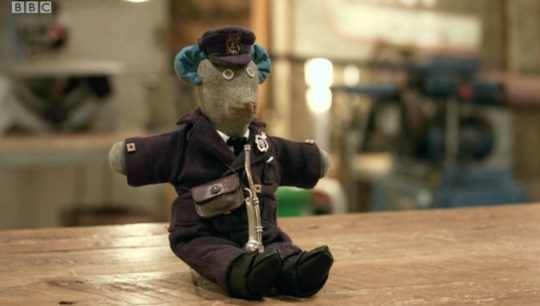 Chiefy was given a makeover by the team (Picture: BBC)

‘He was very lucky, he was transferred off the Repulse just before they were sunk,’ Martin added. ‘It was a big sinking the Allied troops, there was lots of people that died on it.’

Approximately 840 people were killed in the attack. 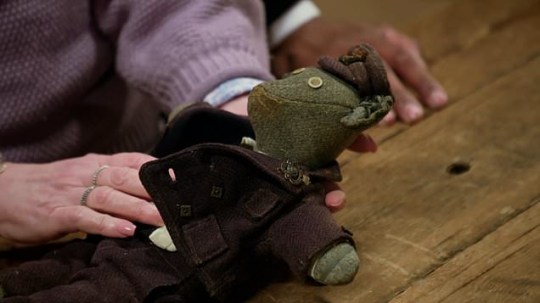 The old bear had begun to fall apart after years as a family heirloom (Picture: BBC)

‘Chiefy wasn’t only just a keepsake. He was my grandfather’s memories of his pals and friends that died and sunk in the ship,’ Martin said.

‘That’s why it’s meant a lot to the family, Chiefy stayed on his bed. So we’ve always had him around.’

Getting to work, the bear’s full Navy outfit – including longjohns underneath a button shirt, jacket and suit, were fully restored, with ears and feet that had gone tatty replaced. 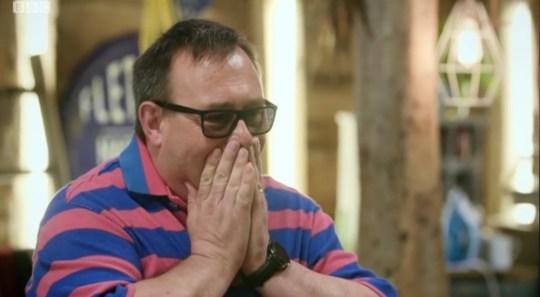 The owner looked stunned at the transformation (Picture: BBC)

When the full result was revealed, Martin looked close to tears as he thanked the team for continuing his grandfather’s legacy, and the memory of the HMS Repulse.

‘That’s amazing, you are absolute geniuses! That is amazing,’ he said.

‘We were very aware when we were working on him of what he meant – certainly the memory of all the seamen that died on that ship,’ the repair team told him. 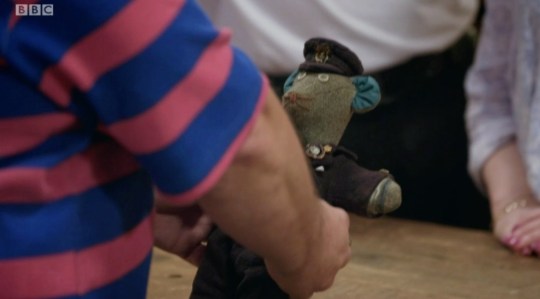 Chiefy can now live on for generations (Picture: BBC)

‘I’m absolutely speechless, blown away by how good Chiefy looks. my grandfather would be very proud of me, being able to pass down the memory of those people that lost their lives,’ added an emotional team.

Viewers were delighted at the transformation and the legacy of the bear.

#therepairshop The teddy-bear man! “My grandfather would be very proud, passing down the memory of those who lost their lives”. Wonderful.

#therepairshop The Teddy-bear ladies have done a great job on the sweet little Land Army doll.

Elsewhere on the episode, the team helped sisters Linda and Pauline revive a chair created especially for the investiture ceremony of the Prince of Wales in 1969.

Others items in need of restoration were another heirloom – an air-powered toy car that belonged to a late father, and an RNLI donation box.

The Repair Shop airs Tuesdays at 8pm on BBC One.