But with the demise of The X Factor — and with it, the end of the good, the bad and the very, very ugly — television will never be the same again. 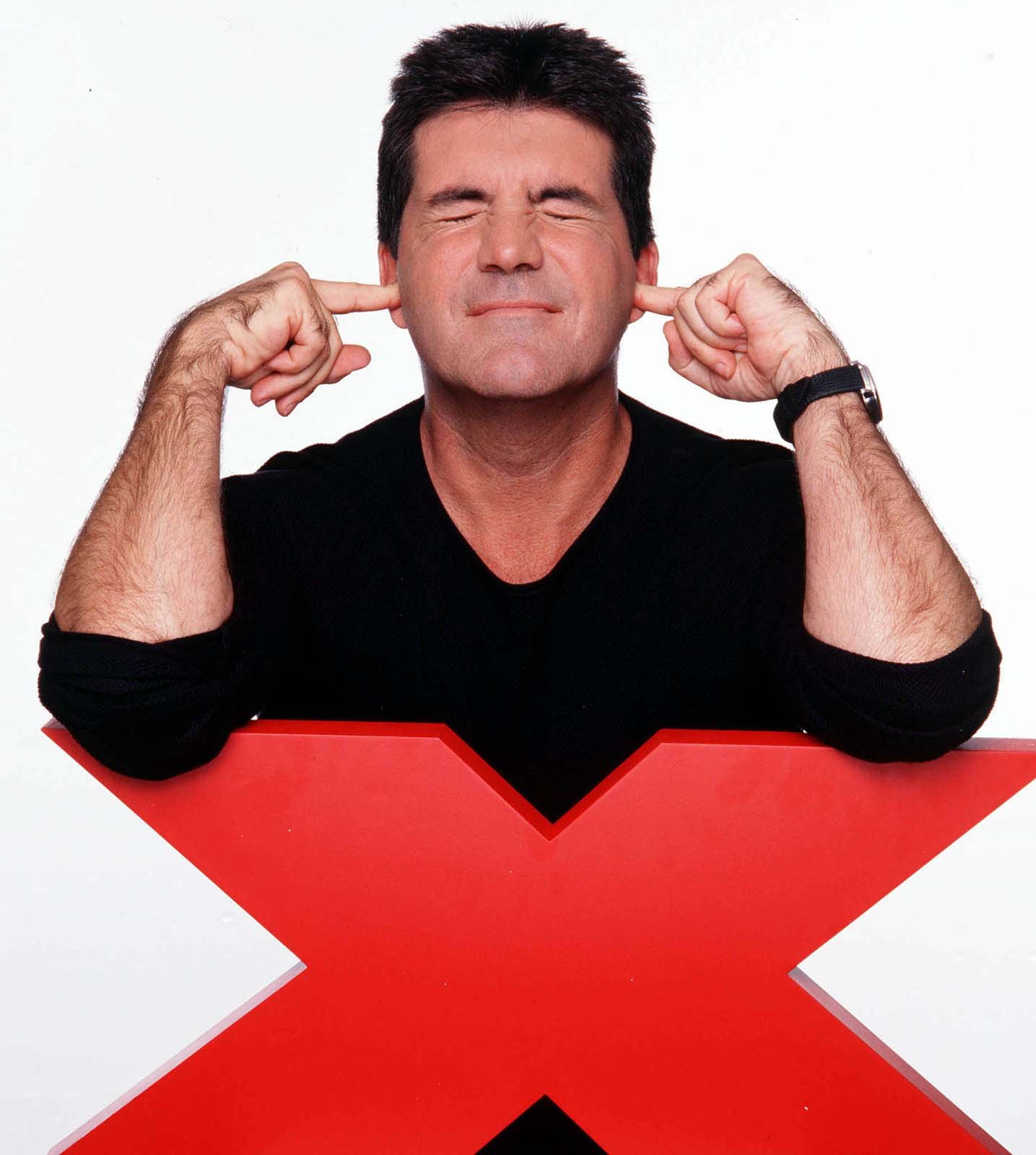 We reveal the reasons why Simon Cowell axed The X FactorCredit: ITV 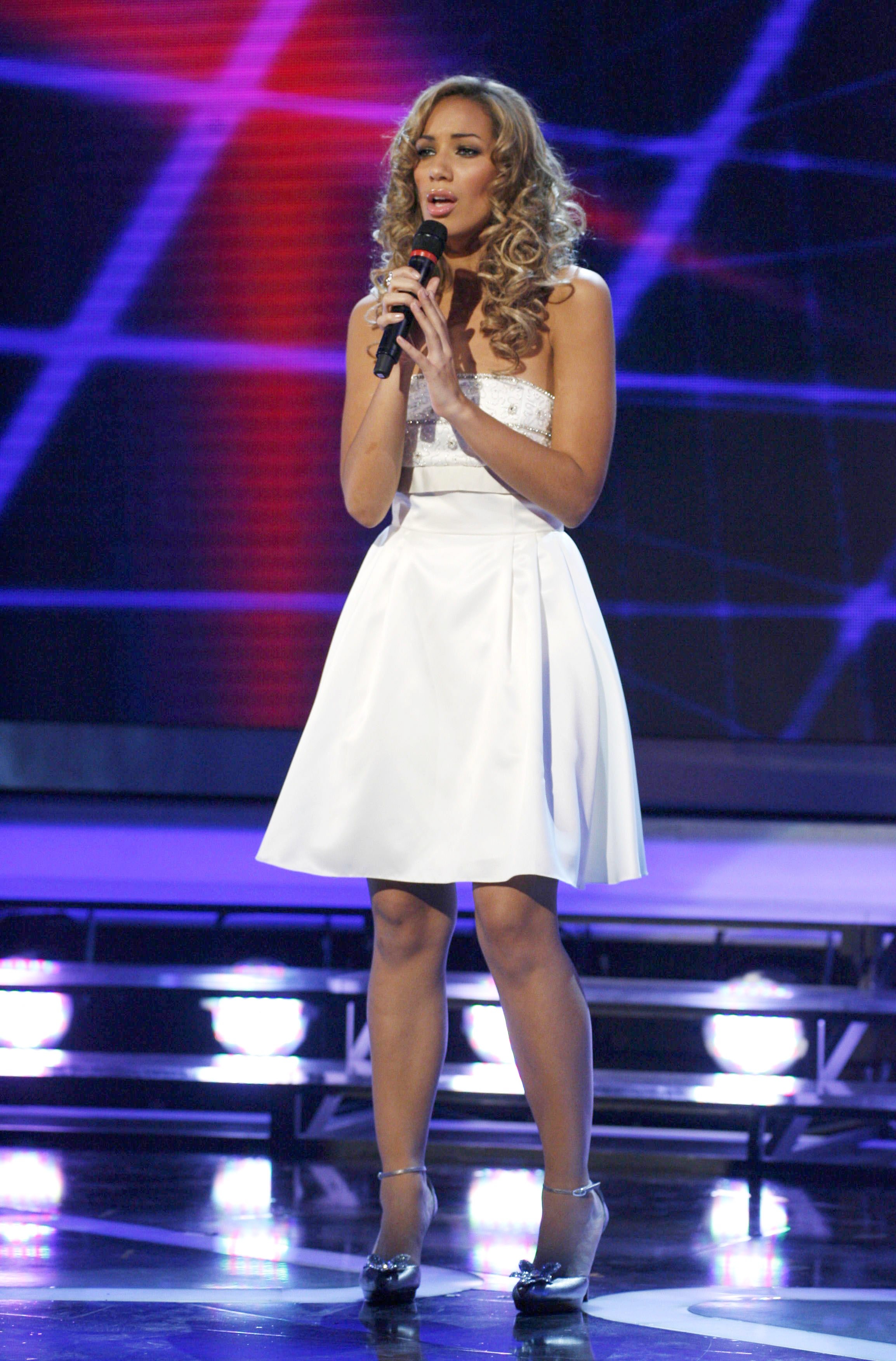 The show that ruled Saturday night TV was a success for Leona Lewis in 2006Credit: ITV

Simon Cowell’s decision last month to axe the money-spinning music behemoth has sent shockwaves through the broadcasting industry. In the midst of a mental health epidemic, telly execs are on a three-line whip to ensure their programmes do not leave anyone open to ridicule.

As a result, once formulaic novelty acts are, unofficially, no longer allowed over fears they could get trolled across social media, with potentially devastating consequences.

An insider said last night: “One of the main reasons the plug was pulled was because producers were becoming increasingly confined in what they could and couldn’t air.

“In years gone by, execs thought nothing of putting a deluded hopeful, a laughing stock, on stage and letting them do their worst. The joke acts — the Wagners, Honey Gs, the Jedwards and the Johnny Robinsons of this world — would never, ever be allowed to go on screen now.

“While much of the stick online is harmless joshing, there is always a small minority of cruel, bigoted trolls who are genuinely abusive.

“Even with after-care measures in place, which every big-money reality or talent show has now, there is no guarantee someone fragile wouldn’t now see such abuse and act upon it.

“Simon Cowell’s ‘Mr Nasty’ act of yesteryear, something which made The X Factor such compulsive viewing — and him a household name — was completely diminished these past few years.

“Today, judges are told to be softer and warmer, no matter how tone deaf a hopeful is. They are very hamstrung over what they can and cannot say. No TV production company can risk a contestant having a breakdown, attempting suicide or, worse, succeeding in taking their own life.

“With this in mind, shows like The X Factor, which have previously made household names out of the so-called joke acts, can no longer risk it. Essentially, all they’re left with is an ever-diminishing pool of largely mediocre talent.”

Of course, telly as a whole has been rocked by the phenomenon that is Love Island. The tragic suicide of host Caroline Flack in February 2020 followed previous contestants Sophie Gradon and Mike Thalassitis taking their own lives.

Since then, duty of care, quite rightly, remains the buzz phrase of broadcasting. This year, even Love Island has been tamer. There have been fewer sex scenes, no controversial lie detector tests and no “Mean Tweets”, which saw unpleasant remarks about the villa inhabitants  read out to them.

Now, every show comes complete with a psyche team and mandatory after-care sessions. But that is not enough for network bosses to risk it all on a knowingly poor contestant.

Whereas 15 years ago, talent scouts and researchers were actively encouraged to find “bonkers, fame-hungry” auditionees, now no one dares risk it.

In today’s climNo TV production company can risk a contestant having a breakdown, attempting suicide or, worse, succeeding in taking their own lifeate, pushing through a mentally unstable contestant, who went on to harm themselves, would be career-ending for whoever signed off on it.

No TV production company can risk a contestant having a breakdown, attempting suicide or, worse, succeeding in taking their own life.

For every Leona Lewis, One Direction or Alexandra Burke on The X Factor, there was a Same Difference, Stevi Ritchie, Diva Fever, Essex duo 2 Shoes and Chico.

While the latter five have all gone on to achieve some level of cash-spinning notoriety (think personal appearances, opening of nightclubs/an envelope), others have slid back into obscurity. Should they apply for “normal” jobs, their mortifying auditions are immortalised on YouTube.

And with Twitter’s digital dogs at an all-time ferocity, that does not make life easy. But without these underdogs, where is the fun? There is none — and therein lies the problem.

Britain’s Got Talent has also showcased notably fewer bad acts over the past two years. Back in the day, the smash ITV show, another Cowell triumph, had performers such as camouflage-wearing “singer” David Watson, who one newspaper commentator described as boasting “the voice of a squashed Christopher Biggins spun through a hairdryer; he’s the last person you’d turn to during the plights of trench warfare”.

And who can forget The Singing Souls? (Everyone, probably.) To quote another review, their “death-like performance” saw Simon, 61, calling them “one of the worst groups I’ve ever heard in my life”.

In 2010, the talent show went highbrow with Paul Hunn, Britain’s loudest burper, who genuinely thought the Queen would be enamoured with his act at the Royal Variety Show.

Pop Idol, the first of the Saturday night talent shows, launched in 2001. It featured (again) Simon Cowell at the helm, this time joined by Pete Waterman, Nicki Chapman and DJ Neil Fox. Tone-deaf specimens gave it their all, leaving the judges in hysterics. Something, nowadays, that could never happen.

Of course, this was five years before the advent of Twitter and long before Instagram. It was also a decade or so before steaming services such as Netflix, Amazon Prime and Apple TV.

The early Noughties were the halcyon early days of Saturday night telly. Simon’s latest format, the widely hyped Walk The Line, is described as a high-octane “musical game show”.

It will offer up huge cash prizes but, sources say, will feature “some truly talented” singers. In other words, don’t expect Honey G to turn up rapping. Even BBC1’s Strictly Come Dancing appears to have had something of a shake-up.

Previous series featured celebrities such as ex-MP Ann Widdecombe, retired news broadcaster John “sack of potatoes” Sergeant, astrologer Russell Grant and TV car expert Quentin Wilson (who recorded Strictly’s lowest ever score of eight points one week). None of whom, with the greatest will in the world, could be described as snake-hipped.

This year, though, hopefuls, including presenter and Gordon Ramsay’s daughter Tilly, TV hosts Dan Walker and AJ Odudu and McFly’s Tom Fletcher, seem light of limb and like they may be able to waltz a bit.

ITV’s most recent smash, The Masked Singer, followed by the dance version, are both considered “safe” as they feature celebrities.

Let’s just hope the glory days of Saturday night telly can return — joke acts or not.

Not only are celebs accustomed to life in the public eye — and the perils of trolling — they are also hidden beneath the safety net of giant, ridiculous masks.

New Beeb show I Can See Your Voice, based on a South Korean format, actively revels in putting tuneless singers on its stage, leaving the celebrity panel — Amanda Holden, Jimmy Carr and Alison Hammond — having to work out the good from the bad singers.

However, contestants applying for it were repeatedly informed about the nature of the show and are still able to win a cash prize even if they are a “woeful warbler”.

Indeed, the casting call for the new series Stateside is even more explicit, saying: “Are you a great singer? Are you a horrible singer?” But that is in the US. And in the 57 countries where The X Factor remains a commercial smash, that difference in attitudes prevails.

On America’s Got Talent last week, Simon laid into novelty act Sethward, saying his performance “was absolutely bloody awful. We can now officially call the show America Does Not Have Talent”. He would not get away with this in the UK.

But in America, where the conversation around mental health is far behind ours, the spirit of the early 2000s remains. Back here, let’s just hope the glory days of Saturday night telly can return — joke acts or not. 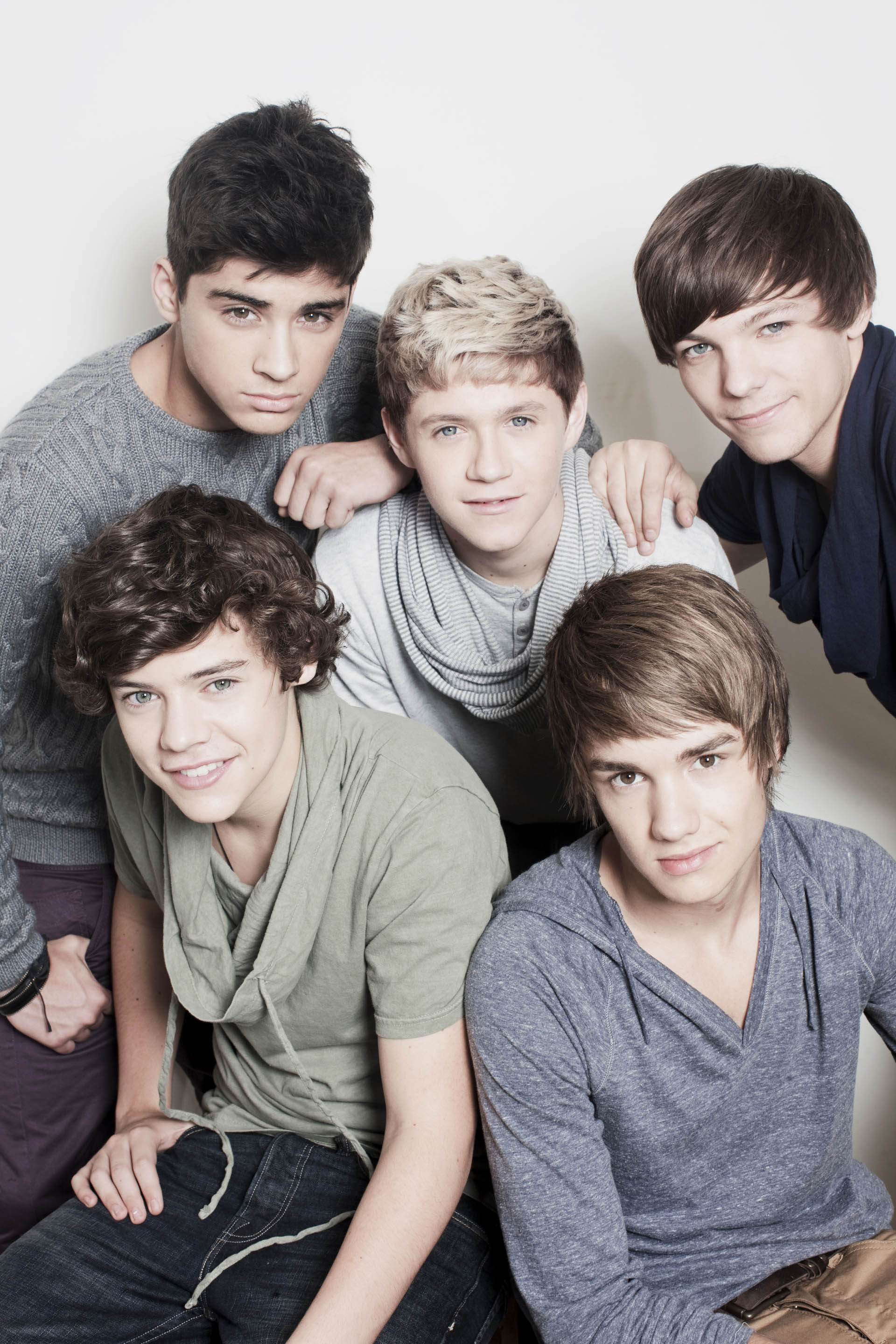 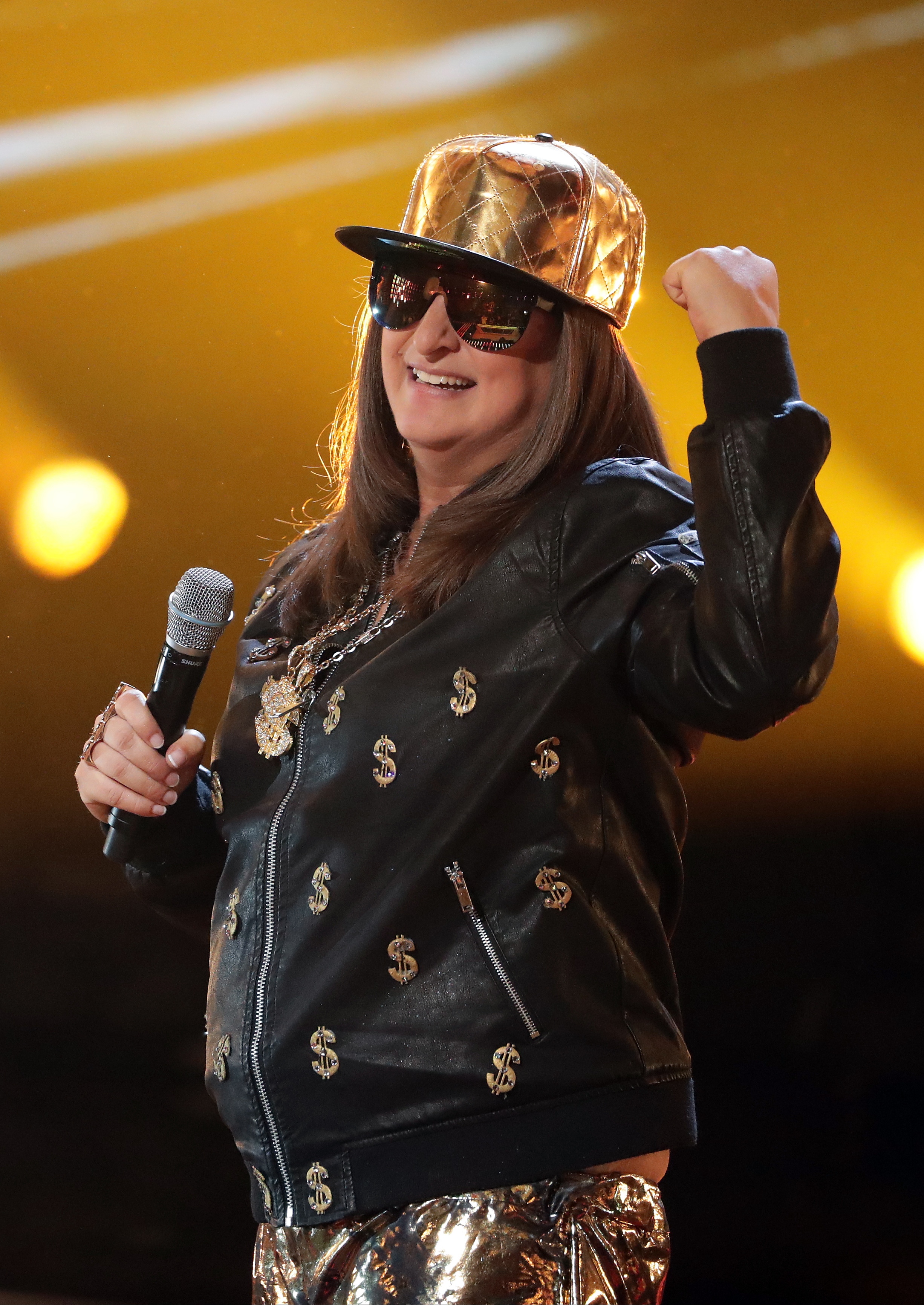 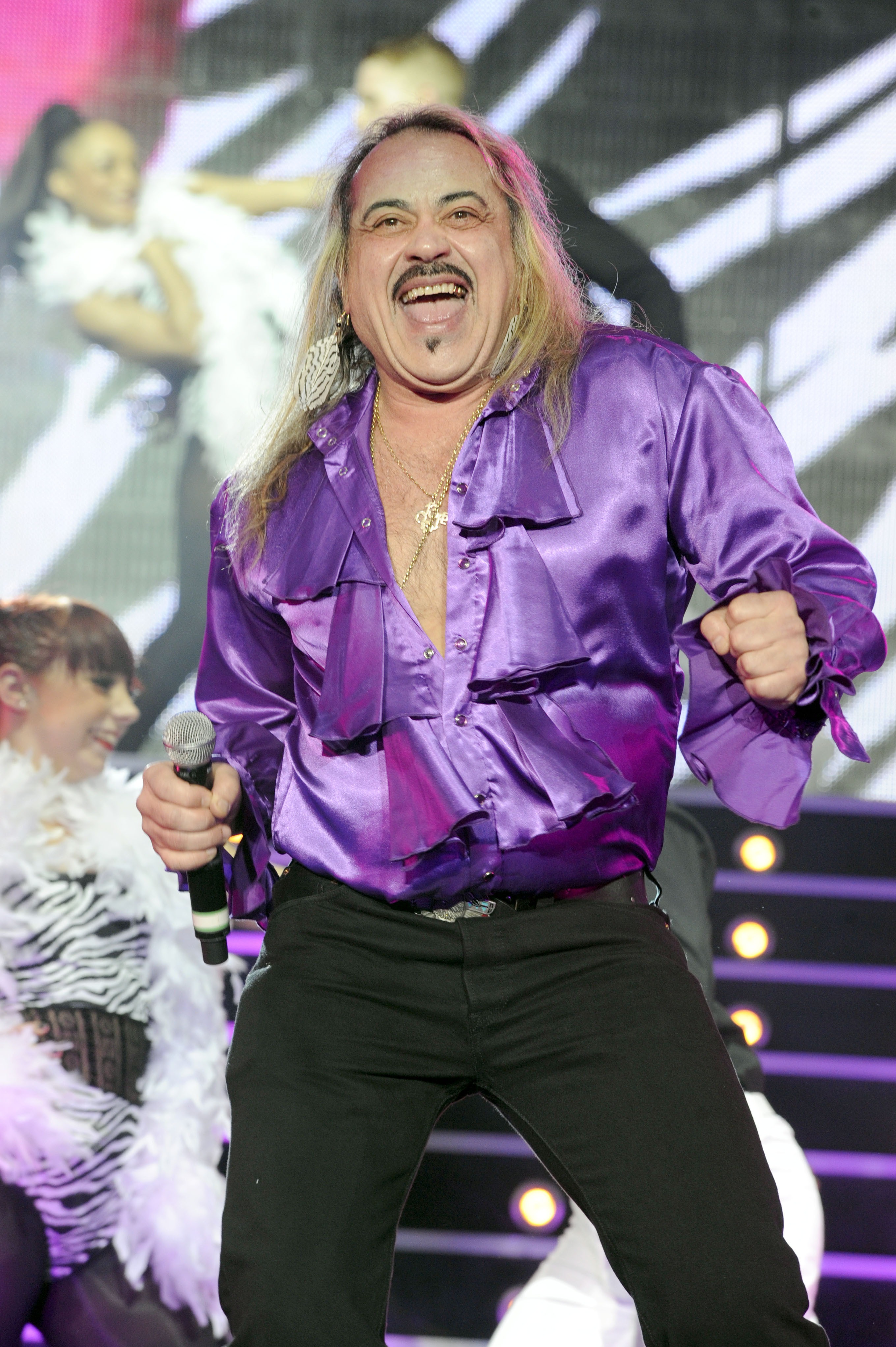 Wagner on the show in February 2011Credit: Rex Features 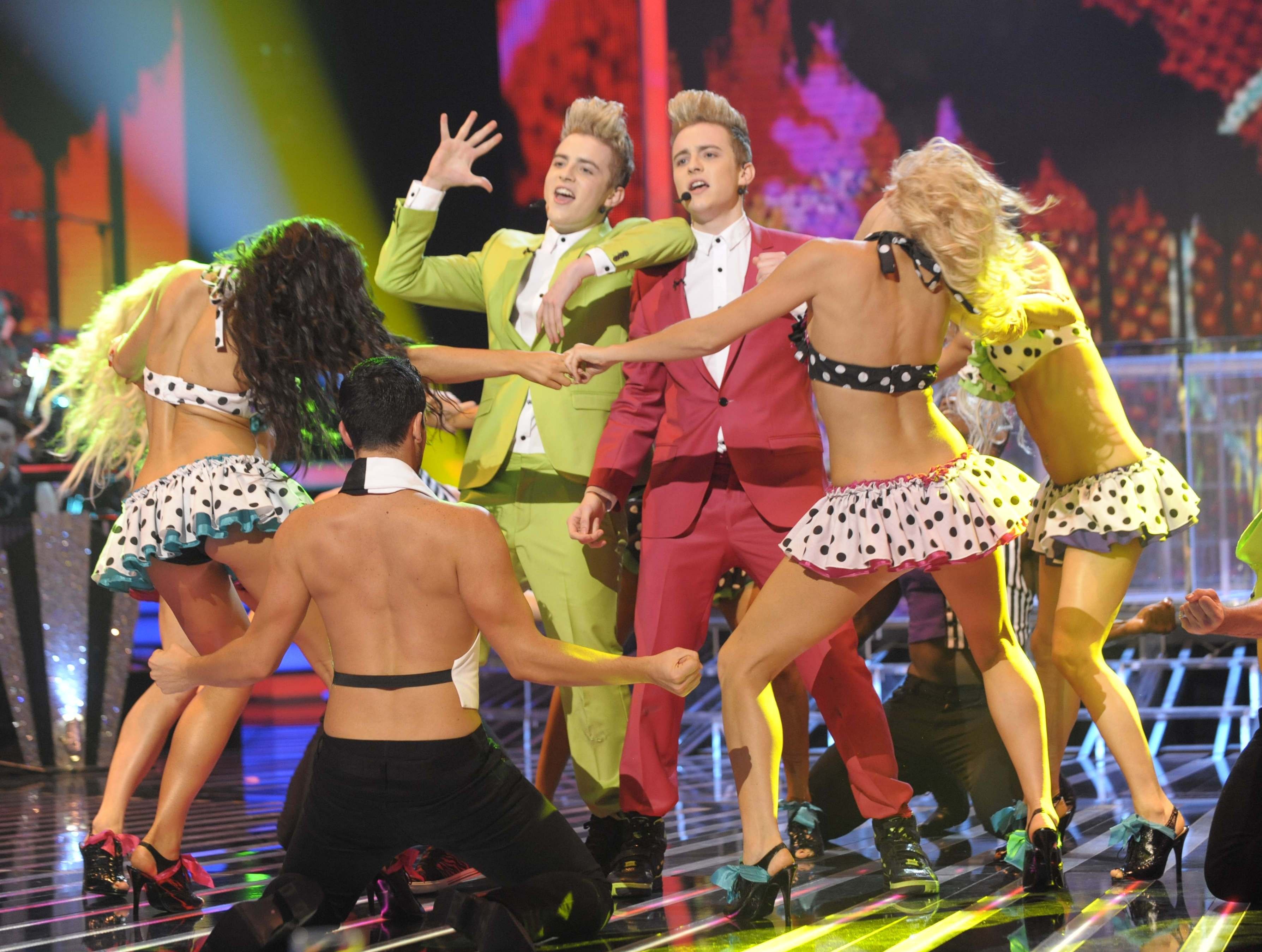 Jedward, here on the X Factor in 2009Credit: Rex