Alex Jones made the surprise announcement on The One Show that she is pregnant with her third child.

The TV presenter revealed live on Thursday’s programme that she and insurance broker husband Charlie Thomson are expecting a baby girl.

After her co-host Ronan Keating made a quip about ‘lockdown babies’ and asked if she had anything she wanted to say, Alex, 43, made the big reveal.

She said: ‘I feel really nervous all of a sudden. It just seems like a good time to share some news with everybody, and the crew in the studio for the first time.

‘I mean lockdown has been anything but predictable and we’ve had some really unexpected news – baby number three is on the way.’

Turning to Ronan, who welcomed daughter Coco last year, she added: ‘I need all the tips. We didn’t see that one coming but we’re delighted.’ 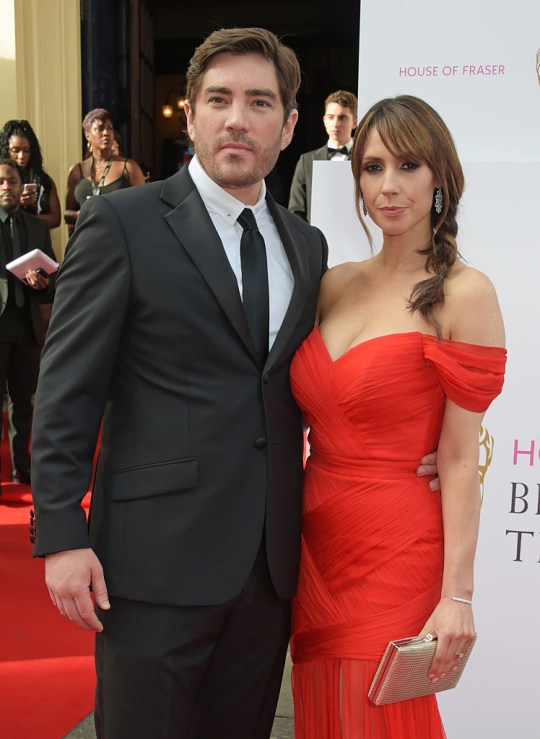 The couple are already parents to sons Teddy and Kit (Picture: Getty)

When the Boyzone star asked if she was having a boy or a girl, Alex said: ‘A little girl’ as the studio applauded.

Ronan said he was ‘so excited’ for the couple, saying: ‘Congratulations. Lovely.’

As they read out messages from viewers congratulating Alex, she joked: ‘Nobody is as shocked as I am!’

Alex and Charlie are already parents to sons Teddy and Kit. The TV star also revealed she was pregnant with Kit on The One Show in 2018 before his birth the following year.

The presenter has spoken about expanding her family in the past, previously explaining how difficult it was to conceive Kit.

‘I have to say, the first time – absolutely fine. Luckily, God, it happened,’ she told The Sun.

‘But second time, not as easy. I suppose I’m older now, but we took it for granted that it would be OK. But you don’t really know until you start trying how it’s going to go, do you?

‘The majority of couples I know have had something, not always IVF, but some problem that needs to be sorted out.’