The Mating Game viewers baffled as flatworms duel with penises

The Mating Game viewers were left totally baffled during Sunday’s episode, as they witnessed something truly bizarre.

Sir David Attenborough’s latest nature documentary series took a look at the unique mating ritual of the persian carpet flatworm, which has to be seen to be believed.

‘Flatworms are both male and female, and blind – finding their way by smell,’ he said.

But that’s not the most unusual thing about them, as they reproduce by engaging in a duel with another flatworm, using their double-pronged penises to fence with.

Yes, you did just read that right.

A ‘voracious predator’, Sir David explained how the animal has an ‘aggressive’ approach to mating. 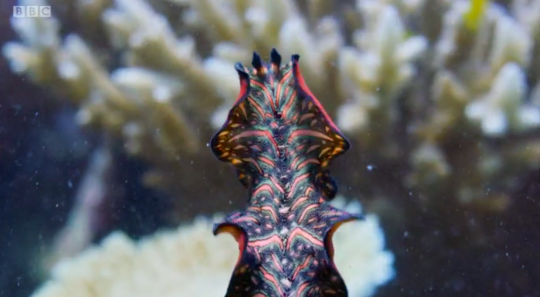 After encountering a potential partner, the flatworm encountered the other warily.

‘Each of them is trying to avoid the labour of looking after the fertilised eggs,’ the narration explained.

‘It’s better not to become pregnant.’

It continued: ‘Rearing up, each reveals its two-pronged penis. And now, they fence.

‘Each tries to stab and inseminate the other, without being stabbed first. A strike anywhere on the body will fertilise.’ 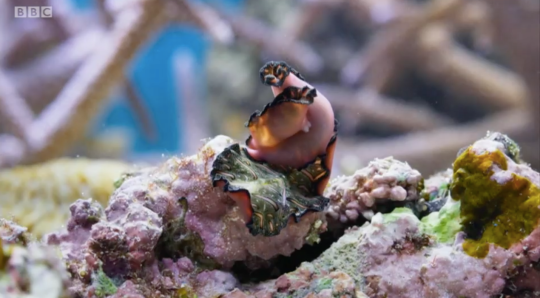 The scenes caused a lot of reaction online (Picture: BBC)

What followed was one of of the strangest moments in any nature documentary we’ve ever seen, with the two flatworms writhing and fighting to avoid becoming pregnant.

Then suddenly, it was over, with Sir David saying: ‘A successful strike, and sperm is injected into the rival. The duel is over, the impregnated flatform is left with a scar and the labour of laying the eggs.’

‘Its only solace? Its young will carry the genes of a master swordsman.’

The strange sequence left viewers baffled as to what they’d seen.

‘Well that was weird,’ one bemused viewer wrote.

‘They are fencing with their two-pronged penises. Not something I thought I’d hear about today!’ another said.

I’ve just seen on TV two fish things having a scrap with their dicks and the winner injected sperm into the other.

I’m not making this up.#TheMatingGame

They are fencing with their two-pronged penises. Not something I thought Iâd hear about today! #TheMatingGame

The series, which was filmed during the pandemic, also the intriguing personal lives of clown fish, as well as humpback whales and stingrays.

Last week the first episode focused on creatures who live and breed on the plenty’s grasslands, featuring kangaroos fighting for their mate’s affections, as well as nursery web spiders and zebras willing to put their life on the line to impress prospective partners.

One section of the programme also left viewers feeling uncomfortable after focusing on the inner workings of a termite colony on the grasslands of Africa.

The Mating Game continues at 8pm on Sunday on BBC One. Episode one and two are available to stream on BBC iPlayer.

Steve Scalise, No 2 House Republican, refuses to say election was not stolen | Republicans

My wife bought herself a £600 necklace for her birthday using my account, I told her she needs to return it