The Masked Dancer: Onomatopoeia revealed to be Adam Garcia 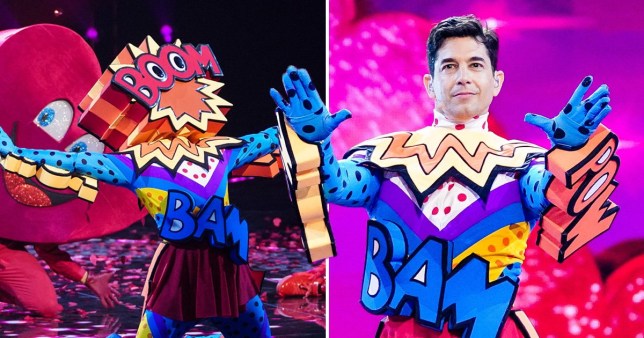 Onomatopoeia was revealed to be Adam Garcia (Picture: ITV)

After weeks of clues and guessing (and an epic final dance off), Onomatopoeia has finally been revealed as Hollywood actor Adam Garcia.

The Masked Dancer finale saw the star come in second place after Pearly King, Onomatopoeia and Scissors battled out their dance moves to win, with the lion mask being uncovered as Bruno Tonioli earlier this evening.

The series, a spin-off of the ever popular Masked Singer, has bagged itself a primetime Saturday night slot this year after debuting on screens in the summer of 2021 – and you can expect a clash of the titans as it goes head to head with Strictly Come Dancing.

12 celebrities have been strutting their stuff, as judges Jonathan Ross, Davina McCall, Oti Mabuse and Peter Crouch do their best to guess their identities.

Until today, viewers were left wondering who was behind the elaborate costume, with guesses including Chris Eubank and Tinie Tempah. 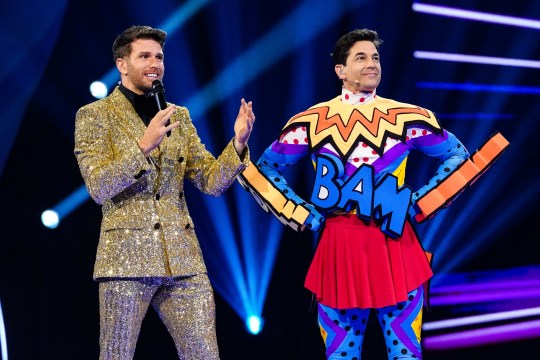 But it was actually Adam – a trained tap dancer, stage and film actor and singer.

The 49-year-old has performed on Stage in Wicked, acted in Saturday Night Fever and in Kiss Me, Kate.

Adam’s also starred in Coyote Ugly – which linked to one of his clues, after he defined himself as an ‘unattractive guy’ who has been ‘in the charts’ during tonight’s episode. 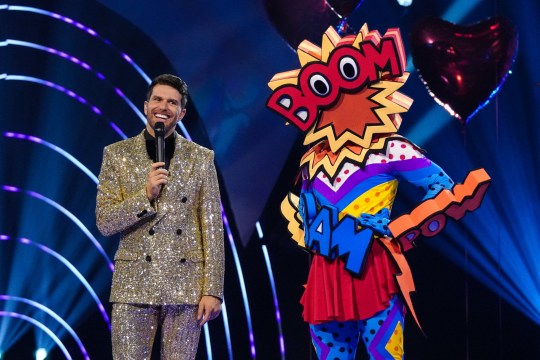 In 2004, Adam also played alongside Lindsay Lohan (whose name was dropped into one of the clues) and Megan Fox in Confessions of a Teenage Drama Queen, and was previously a judge on Got to Dance alongside Ashley Banjo and Kimberly Wyatt.

Adam’s no stranger to dancing shows, having also been cast in Australian reality competition Dance Boss and judged the thirteenth season of Australia’s Dancing with the Stars.

And now we know it’s Saturday Night Fever’s Adam! After his unmasking, he told host Joel Dommett: ‘I always step away from dancing and then something brings me back – and I realise, that’s right, I love dancing… it brings joy.’