The Masked Dancer saw a sweet reunion take place between Jordin Sparks and Paula Abdul after the former Americal Idol winner was unveiled as the Exotic Bird.

Wednesday episode might have been the end of the road for Jordin but she was more than happy to share a moment with judge Paula, who was also a judge on Idol when the singer became the show’s youngest winner at 17.

Before Jordin’s identity was revealed, the panel of judges – Paula, Ken Jeong, Ashley Tisdale, Brian Austin Green, and Mayim Bialik – each took turns guessing who was behind the mask.

Ken guessed it was fellow American Idol alum Jennifer Hudson, Brian thought it was Ashley Graham and Mayim felt it was Eve.

However, both Paula and Ashley correctly guessed that Jordin was rocking the costume.

Jordin and Paula, 58, beamed at each other when the No Air singer was finally unmasked, as Jordin stated: ‘They told me that you were going to be on here and I was like, “Paula knows me. She knows how I am on stage so she’s going to know me.”‘ 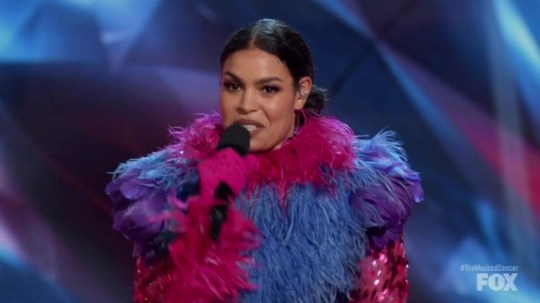 Paula admitted she was glad it was Jordin, while Ken Jeong quipped that America was ‘getting goosebumps’ from the reunion.

Jordin said being on the show had allowed her to ‘showcase her talent in a different way,’ as well as prove to her son that ‘it’s cool to do things that scare you sometimes.’ 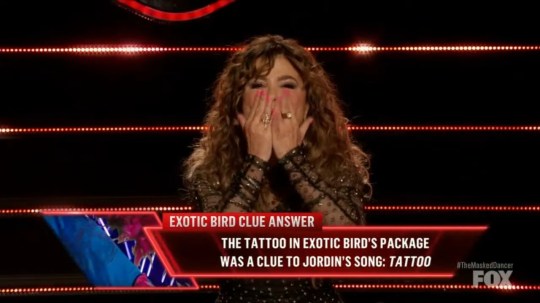 Paula Abdul was delighted to see she had guessed right about the former American Idol winner (Picture: Fox)

The Battlefield singer then told Paula: ‘I want to hug you but I know I can’t!’

Instead, the pair shared a virtual hug and blew kisses to each other as Paula added: ‘I’m so happy for you for all of the success in your career. I love you!’