Saturday Night Live took aim at Gina Carano in their latest skits after her unceremonious firing from Star Wars’ The Mandalorian.

The actress and former MMA fighter played Cara Dune in seven episodes of the Disney Plus series, before it was announced last week that she was fired for ‘abhorrent’ comments comparing Republicans to Jewish people during Nazi Germany.

In the satirical show’s send-up, Carano appeared on Britney Spears’ new chat show for people who needed to apologise for their behaviour.

However, the character, played by long-time SNL regular Cecily Strong, was anything but willing to say sorry, and instead doubled down on the comments.

‘I’m here for the opposite of that,’ she said when asked if she was there to apologise. ‘I’ve done nothing wrong. No one can even explain what I did wrong, explain it.’

When ‘Britney’ (played by Chloe Fineman) did just that, Carano responded: ‘Congrats you explained it. I never would have made that Nazi comparison If I’d known everybody was going to be such a Nazi about it.’ 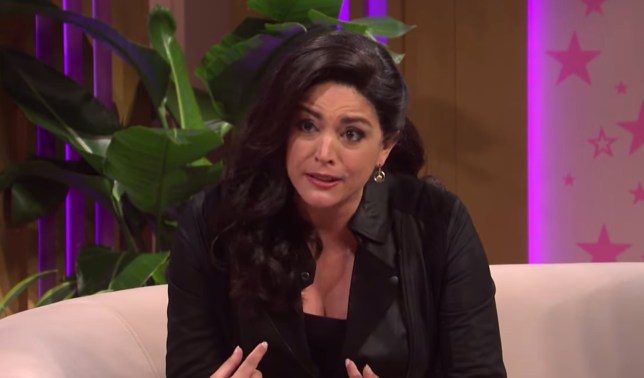 ‘Do you feel like you’re a victim of cancel culture?’ Britney then asked.

‘Sure. Absolutely. And I was cancelled by Disney,’ Carano continued. ‘Disney is the moral high ground? Have you heard Brer Rabbit’s accent on the Splash Mountain ride recently?’

Just like in real life, she then gets some unwanted back-up from Texas senator Ted Cruz (played by Aidy Bryant) who was appearing on the chat show following his recent visit to Cancun, despite the state suffering such a severe snowstorm that people were freezing to death. 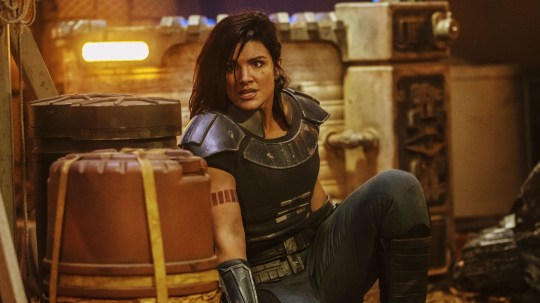 Carano’s character has now been axed from The Mandalorian (Picture: Rex)

‘I will blast you to the farthest deserts of Tatooine,’ Carano warned, to which Cruz responded: ‘Hey, anything to get out of Texas.’

The real Carano has since claimed that she was ‘bullied’ by bosses within the Disney company prior to her axing.

The claims come as part of her new post-Mandalorian project in partnership with The Daily Wire, a conservative news website founded by right-wing political commentator Ben Shapiro.

Saturday Night Live airs weekly on NBC in the US.

“I hate all new rock for the most part”

Teachers not given Covid vaccine priority ahead of schools reopening