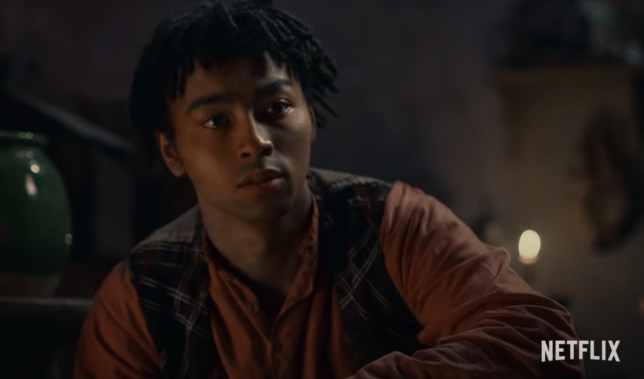 Will we ever find out about Spike’s origins? (Picture: Netflix)

The Irregulars has become Netflix’s latest binge watch this weekend and now questions are already arising about what’s to come from season 2.

While a follow-up season is yet to be confirmed, McKell David, who plays Spike, has already got some ideas on where he wants to see the hustling street kid’s story to go.

An essential team member of The Irregulars, Spike has developed a strong bond with Jessie (Darci Shaw) as he uses his connections around London to help their investigations.

But there’s one thing we still don’t know about him – where, exactly, he’s come from.

Speaking to Metro.co.uk and other press, he explained: ‘It’s set in Victorian times, and I know that we’re not being super strict with the time and how everything looks.

‘I did think about it – Spike is a mixed race character. Mixed race people at that time would have been subject to a lot of stuff. 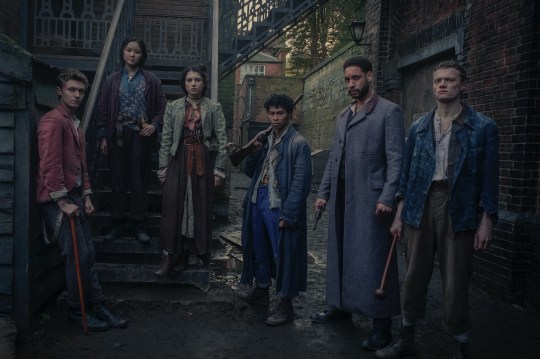 As an essential member of The Irregulars, his origins are unknown (Picture: Netflix)

‘I think there’s many avenues to go down and if there is another season, maybe we’ll explore those avenues. I’m very very interested to explore that in season two.’

Contrary to previous versions of the Sherlock Holmes era, The Irregulars makes a point in being diverse and, like previous success story Bridgerton, uses ‘colourblind casting’ for the era. 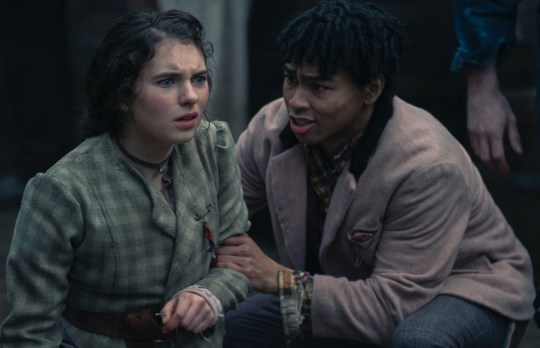 Spike has a deep connection with Jessie (Picture: Netflix)

The cast is led by Chinese Northern Irish actress, Thaddea Graham, who plays the fearless Bea and devout sister to white character Jessie.

The series is yet to explore the ramifications of race within Victorian London, with the young kids recruited from their life on the streets to help John Watson (Royce Pierreson) with his detective agency.

We soon discover that their ties to Watson, and his drug-addicted cohort Sherlock Holmes (Henry Lloyd-Hughes) runs deeper it first appears.

But with a supernatural phenomena called The Rip releasing evil around London at an increasingly rapid rate, will they be able to find the root of the problem before the world is destroyed?

The Irregulars is available now on Netflix.

How to make a beautiful Easter egg fruit tart for dessert